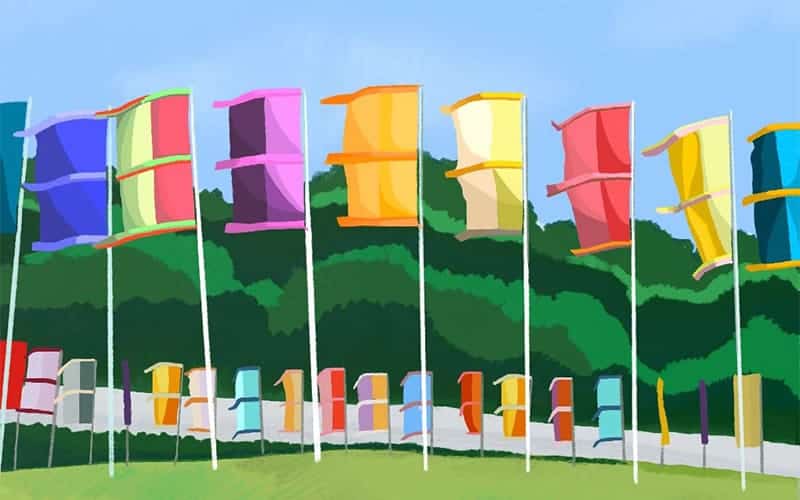 Over the last four months, I have been collecting spoken memories, stories and mementoes from Glastonbury Festival volunteers and attendees. I wanted to create something which commemorated the festival on its 50th anniversary, and so Glastonbury Festival MemoryCast materialised. Then the festival was cancelled and we went into lockdown, which complicated the production process, but this seemed even more of a reason to see the podcast project through. So along with the help of my boyfriend Greg Palmer, we collected memories which were recorded over WhatsApp, Facebook, Zoom and various voice recording apps. Of course, the podcast wasn’t going to make up for the cancelled festival, but we hoped that it would bring a little joy to those who shared their memories and listened.

I come from Somerset and so I have grown up with the festival. My parents first took me when I was a teenager, and my mum, who is now in her sixties, first went when she was also in her late teens. I have been surrounded by friends and family with the most unique festival experiences so it felt natural to collect them. For example, Denis and Goldie, two of our closest family friends went to the very first festivals – Pilton as it was then known – and they kindly shared memories from those years. I was lucky to receive so many wonderful and diverse contributions, some recounting the simpler pleasures of the festival such as drinking chai tea at the Stone Circle and then others sharing more unique experiences such as being invited on stage with Daft Punk and Metallica.

Glastonbury Festival is such an incredible place and everyone who attends has a story to tell. In Glastonbury Festival MemoryCast we wanted to demonstrate how inter-generational and multi-faceted this festival is, and thanks to the contributors we felt we achieved that.

Another big thank you to all who contributed their memories as well as Daniel Hawke for his original jingle and interludes, and Daria Schvartcman for her fabulous artwork.

You can listen to the full podcast below, or stream it on Apple Podcasts / Spotify / SoundCloud.