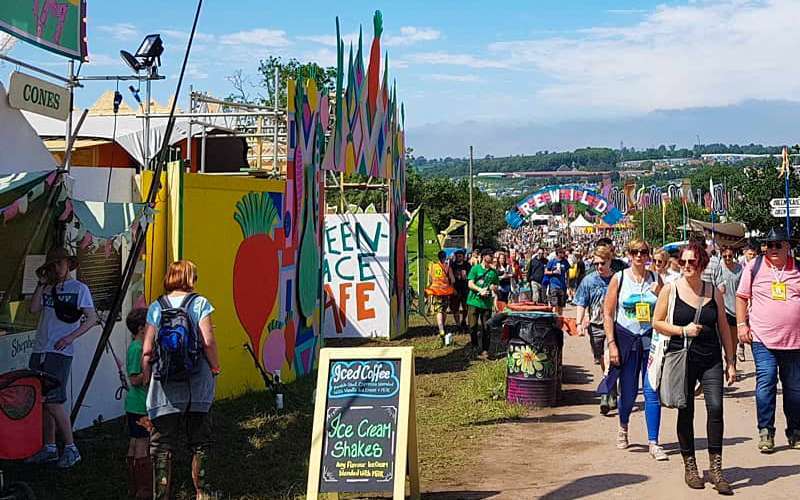 Glastonbury Festival is known for being the best music festival in the world, but some would say it should also be considered as one of the best food festivals around.

With almost 800 traders – 400 of which are solely food-based – the Markets have become a major attraction in their own right, as Glastonbury now offers some of the tastiest eats on the planet and is without a doubt a foodie’s heaven.

Unlike with the Festival’s music line-up (which normally gets announced by end of March/beginning of April), there isn’t an officially published list of food/trader pitches.

That being said, many traders self-announce they’ll be at Glastonbury on their own social media channels or websites, and thus we’ve taken the time to compile a list of food stalls that have confirmed themselves for Glastonbury 2022 so far – as well as those who likewise confirmed for the 2020 edition, prior to its cancellation.

Also, do keep in mind that many Glastonbury traders who sell meat also offer fantastic meat-free options instead.

Calling all food stalls and traders

Let us also take this opportunity and say that if you have been confirmed for Glastonbury 2022 and want your food/trader stall listed here, know of a food/trader stall that has confirmed for being at Glastonbury this June [2022] and is not on this list, or find that there are any inaccuracies/missing info in the current list (below) – please feel free to add it in the comments at the bottom of this page.

You can also bookmark this page to your favourites, as we will be constantly updating it over the coming weeks and months to reflect changes on the ground throughout the buildup to Glastonbury Festival 2022.

Glastonbury 50: The Official Story of Glastonbury Festival
£9.49
View on Amazon

Cluck Farmyard will be there serving up delicious buttermilk fried chicken

Hi I run Dosa Deli.
We are at williams Green again this year opposite the williams green tent.
We also have a 2nd food concession called Dippy Dogs, which is vegan corn dogs on silver hayes