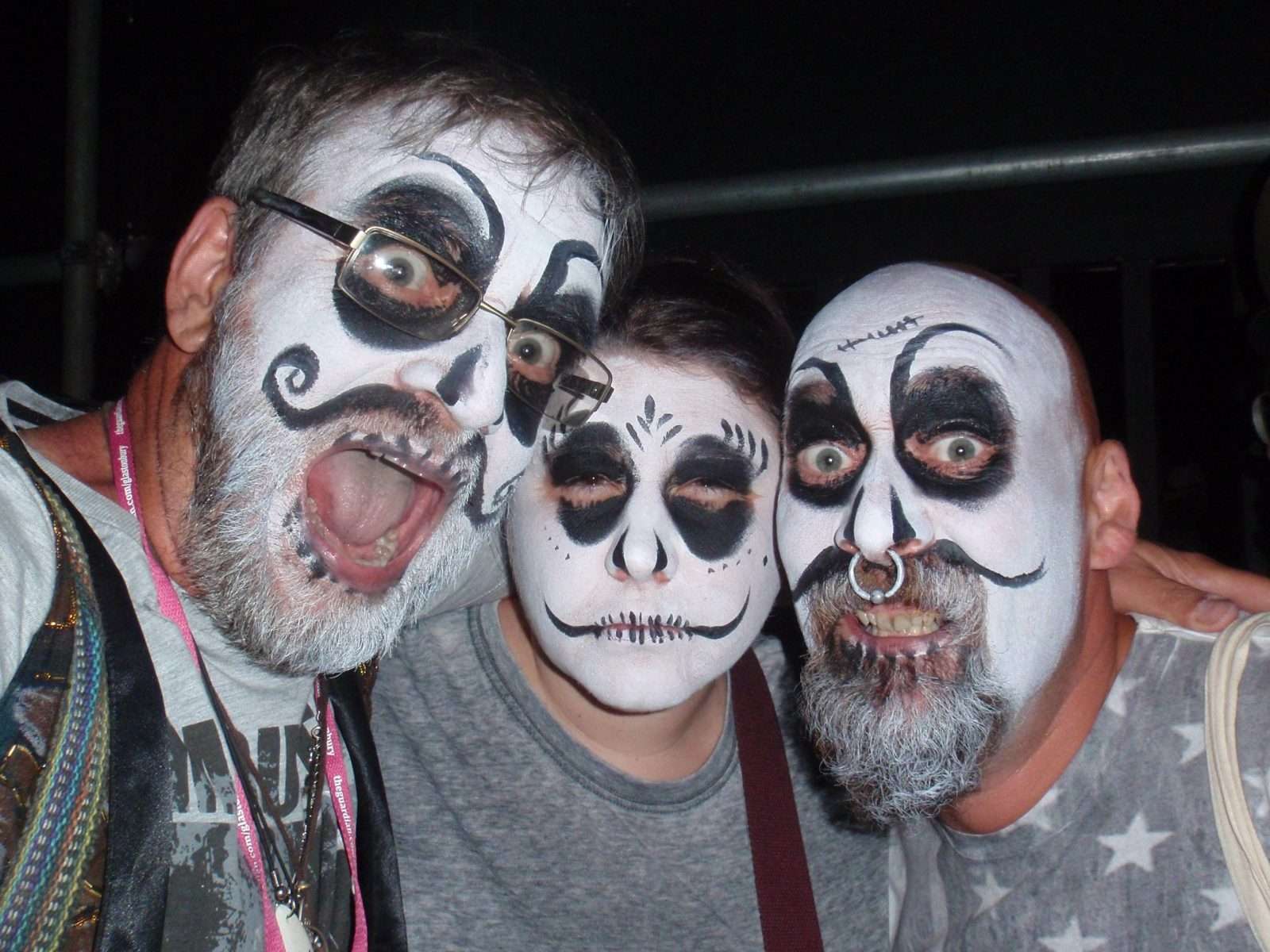 “Most of our group were going to Glastonbury before we all met up in 2005. Early that year, on the original festival message boards, there was a post topic headed ‘Any Old Gits going alone’ from a Sara in Devon. Over a period of a few weeks, 30 or 40 unconnected people joined the discussion and we all agreed to camp together for the 2005 festival. There was no connection between any of us except for an interest in Glastonbury and most of us were otherwise intending to go alone. We weren’t old in those days, but we weren’t youthful either!

On the first day of the festival, it would be fair to say there was some trepidation amongst us all, as no one had yet met except for chatting online. We had chosen after much discussion to camp on Big Ground and we gradually convened thereafter the gates opened. It turned out many had much in common, from music tastes to a large contingent of nurses. We were a truly random geographical group, from all four corners of the UK.

This group turned out to be still together, still going to festivals and gigs, 16 years later, as we all got on tremendously well. There was the advantage for the gregarious to explore the festival in a group, or for those who wished to do their own thing during the day no social pressure, only the freedom to do whatever we wished to do.

Over the years the group expanded, with friends of friends, the addition of family, and around 2008-9 we had our biggest group camping in the same spot, around 35 people in one ever-growing tented encampment. The ‘Old Git’ moniker wasn’t really accurate as we had an age range from young teenagers to 60-year-olds. During the years there were romances, a couple of weddings, a couple of divorces, and luckily the core group remained together to this day. There’s a big advantage in working in a large group to gain tickets every year.

Especially in the early years, we entertained ourselves by dressing up. The first time was as divas for Shirley Bassey, and some of our best outfits (Amy Winehouse) gained some press publicity. Others, such as the simple design of letters proved to be so flexible we had endless fun making all sorts of words, appropriate and some less so!

One claim to fame was one year when we were messing about late one night and we were wondering where one of the gang, Alan, was. So we collectively shouted for ‘Allaaaan’ which spread through the neighbours and beyond, we could hear the call from far and wide. Such was the impact, the cry was heard in several subsequent festivals. Today we are planning for Bearded Theory in September 2021 and the return to Glastonbury in 2022.

I absolutely adore Glastonbury. It’s such an amazing experience from beginning to end. No other festival compares. I love everything about it, I have been lucky to have beautiful weather each time I have been! The atmosphere is like no other and everyone is happy and on a high! I ...
Read More

“My first Glastonbury-year was 1982” – Nicki Berridge

״My first Glastonbury-year was 1982 - I recall my mate asking me what I was up to at the weekend as there's a festival at Pilton and whether I'd fancy going? "Why not, it's only 15 miles away," I said... Wow, what an experience. I fell in love with the ...
Read More