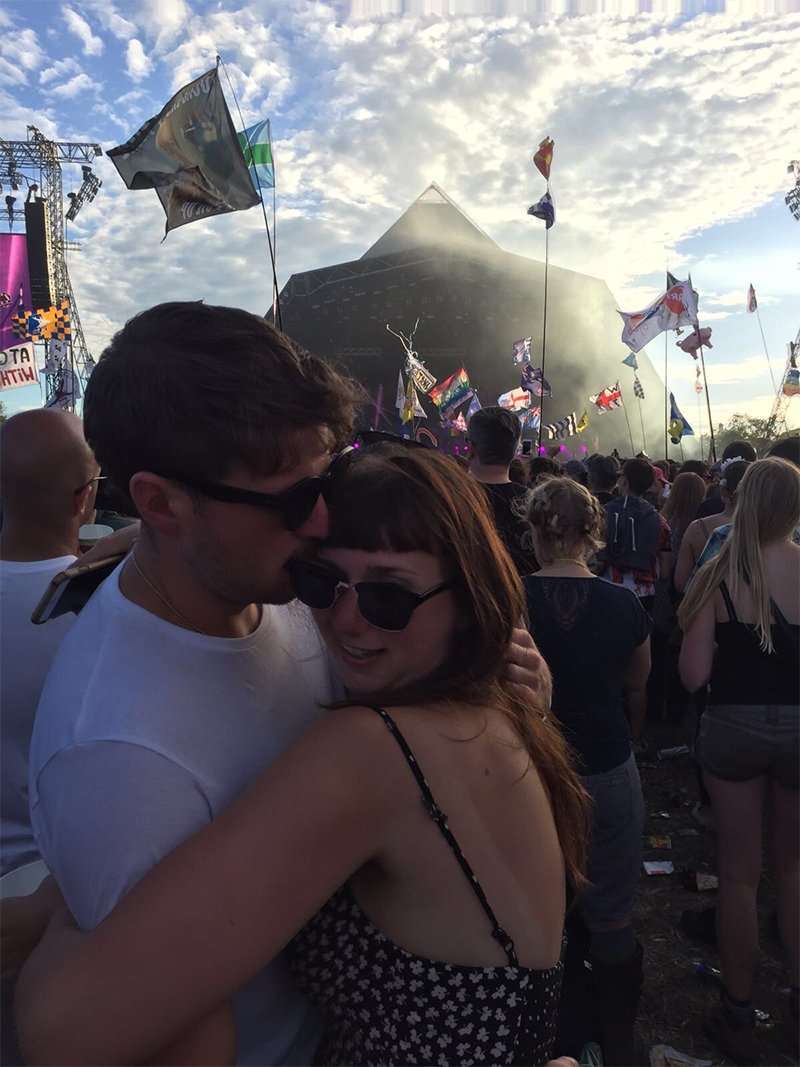 My first Glastonbury was with someone who never wanted to be there, which completely spoilt it for me. Until I met this guy, who had never been before but just wanted in on the whole vibe of the place. So we luckily managed to get tickets in 2015 (any year you get tickets you’re LUCKY!). From the first time we walked past the pyramid he was completely hooked, but still had no idea as to where he was. After collecting him many a time from people trying to keep him safe, show him places, the sheer look on his face was it for me. He had the Glasto-bug, like me! We were meant to get married this year the weekend before Glasto and obviously, the rona said no, so look out for us next Glastonbury!

"My introduction was a pretty disastrous festival in 1990. My lasting memory from that year was when a helicopter landed in the crowd to airlift a girl to hospital during The Cure's headline set. I wonder if anyone has any photos of that, not least to confirm that it actually ...
Read More

“I came late in life to Glastonbury” – Mark Doran

I came late in life to Glastonbury, being 48 when I first attended in 2000. It had been on my bucket list for a long time and I needed to cross it off and get on with more exciting ambitions, or so I thought. So I phoned Shepton Mallet Tourist ...
Read More