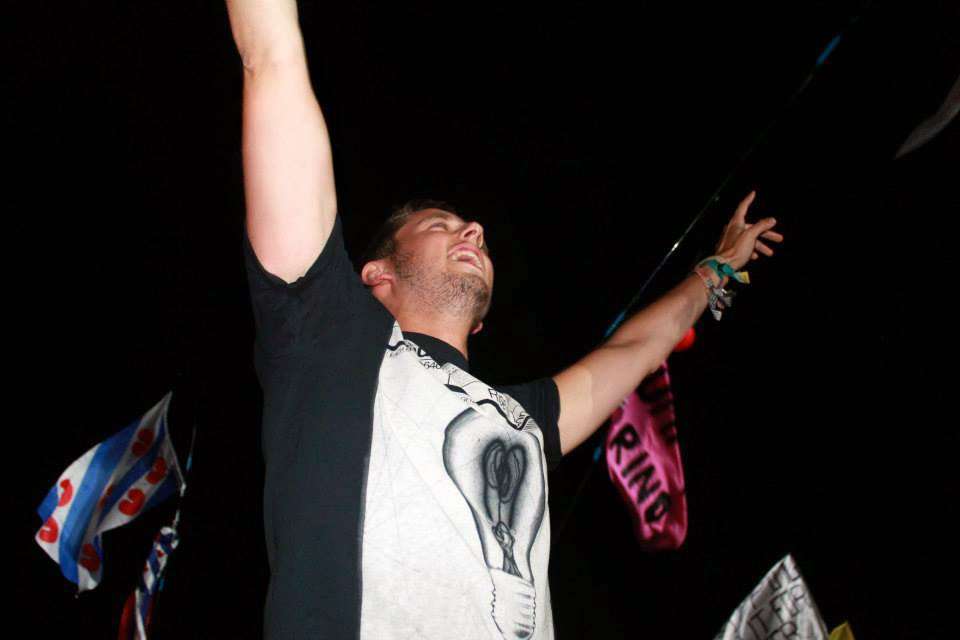 “This is the story of how Glastonbury saved my life… and not in a metaphorical, spiritual sense after accepting something suspicious from a stranger at the Stone Circle at 5am, no this is in an actual literal sense.

I first experienced the magicalness of Glastonbury back in 2009 at the tender age of 17. Like many before, and many since Glastonbury took a hold of me from the second my feet first hit that grass after stepping out of the car. Before I’d even walked through the gates the buzz and excitement of everyone queueing and the glow of the festival lights shining through the evening mist let me know I was in for something pretty special and life would never quite be the same after this weekend. After a few cans (and absolutely no sleep) the murmurs we were waiting for; the gates were opening! I was greeted by a beaming smiling face and a warm “Welcome to Glastonbury!” from the girl who attached my first ever wrist band. Needless to say, I had the time of my life and afterwards vowed never to remove the wrist band that was a constant reminder of the best place on earth.

Cut to 2012, despite mocking (and disgust, from some) I was still wearing my 2009 wristband along with a 2010 and 2011 band. It was a fallow year and so my holiday to Spain had been the highlight of that year. On the last day of the holiday, a few hours before leaving for the airport, I decided to have one last drink around the pool. I’d washed my feet with a hosepipe before going into the apartment to fetch my drink and a bowl of crisps. Forgetting about the wet patio I strolled back out, slipped on the water and went crashing into a glass table shattering it into a thousand pieces. A shard of glass cut right through my (now threadbare) 2009 wristband and the blood spurting from my wrist had soaked the remaining two. I was absolutely devastated (albeit slightly delirious) when the doctor had to cut off the 2010 and ’11 bands to stitch up the wound but he explained to me that had they not been there the glass that cut off the first band would have continued 1cm further and severed my artery!

So to all those who judge the wristband hoarders, just remember, it could save your life one day!” 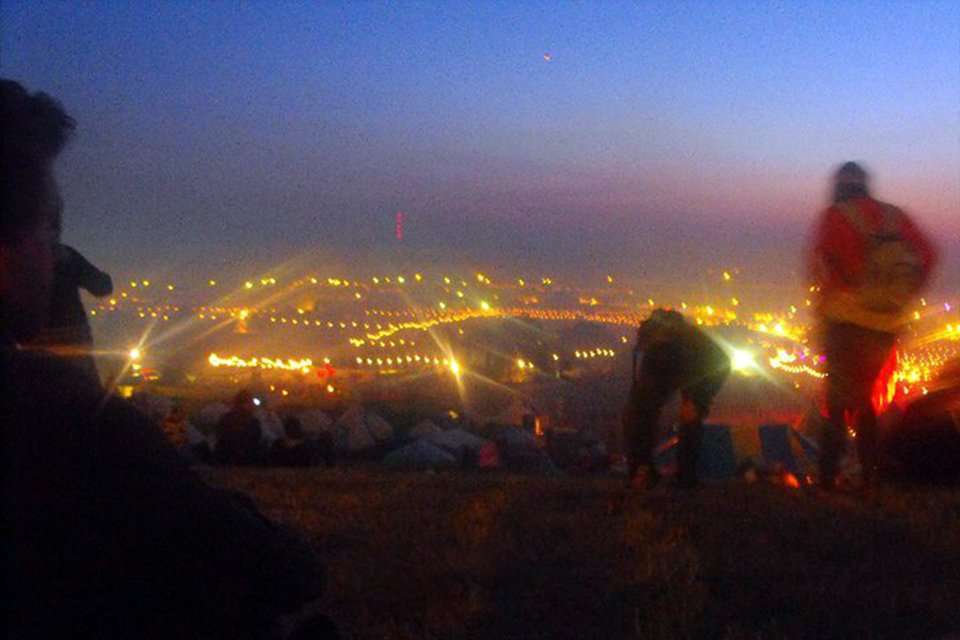 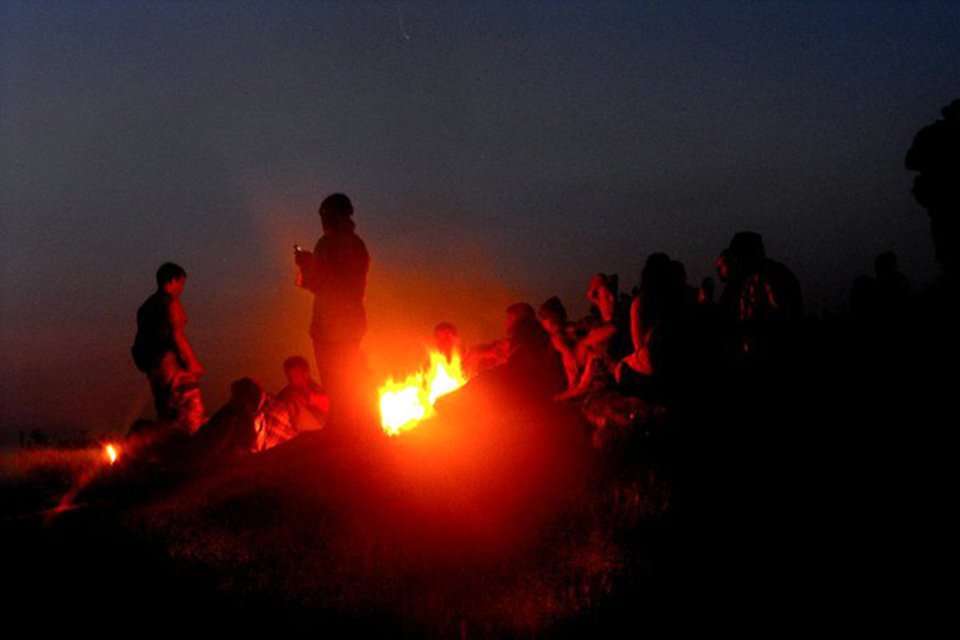 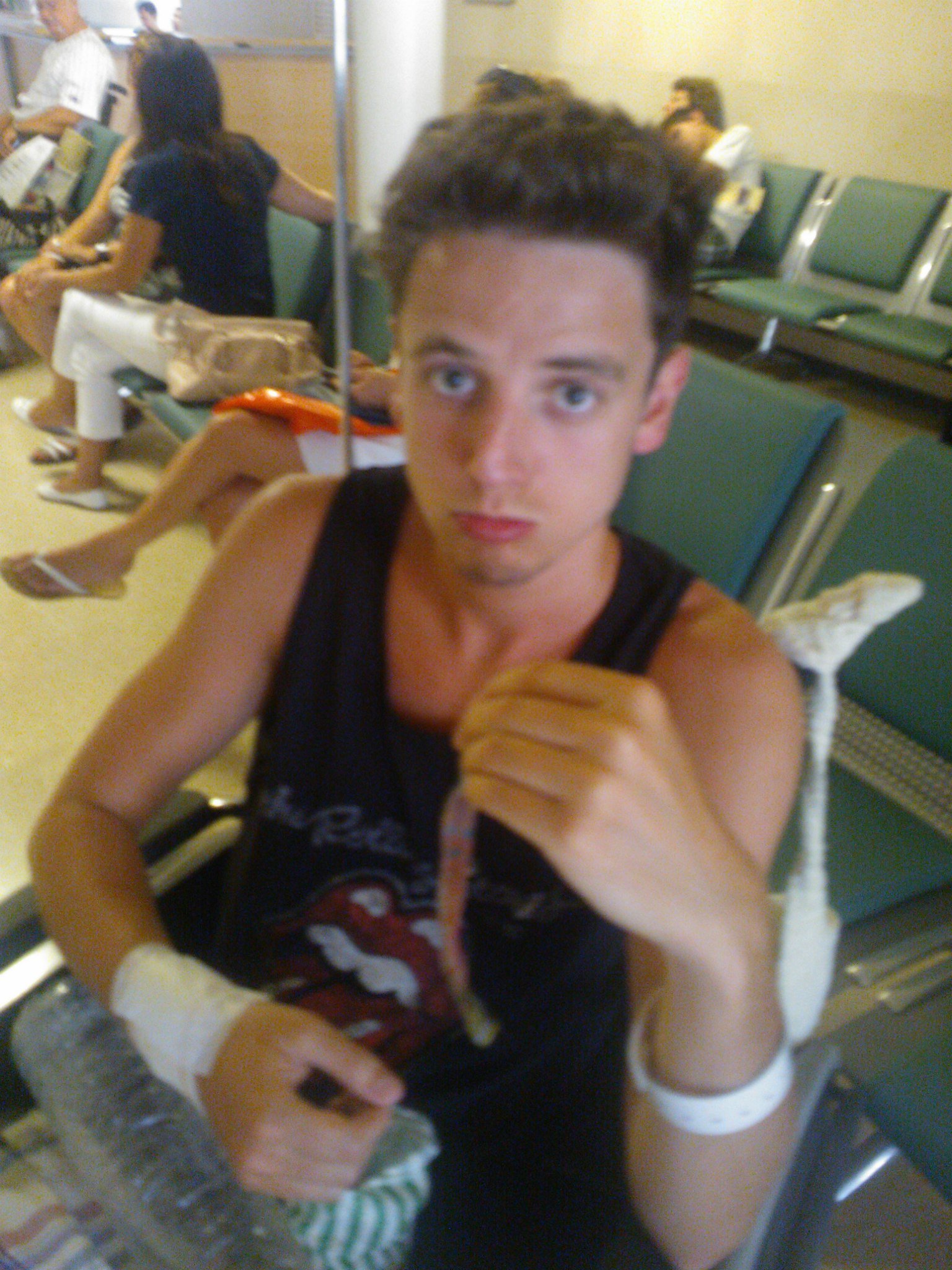 "We took our 4 children out of school for our 1st Glastonbury in 2000, with the kind and very jealous permission of the headmaster. David Bowie was the Sunday headliner. Travis and early days Coldplay were all there to entertain. We've been 4 times more since our first Glastonbury experience ...
Read More