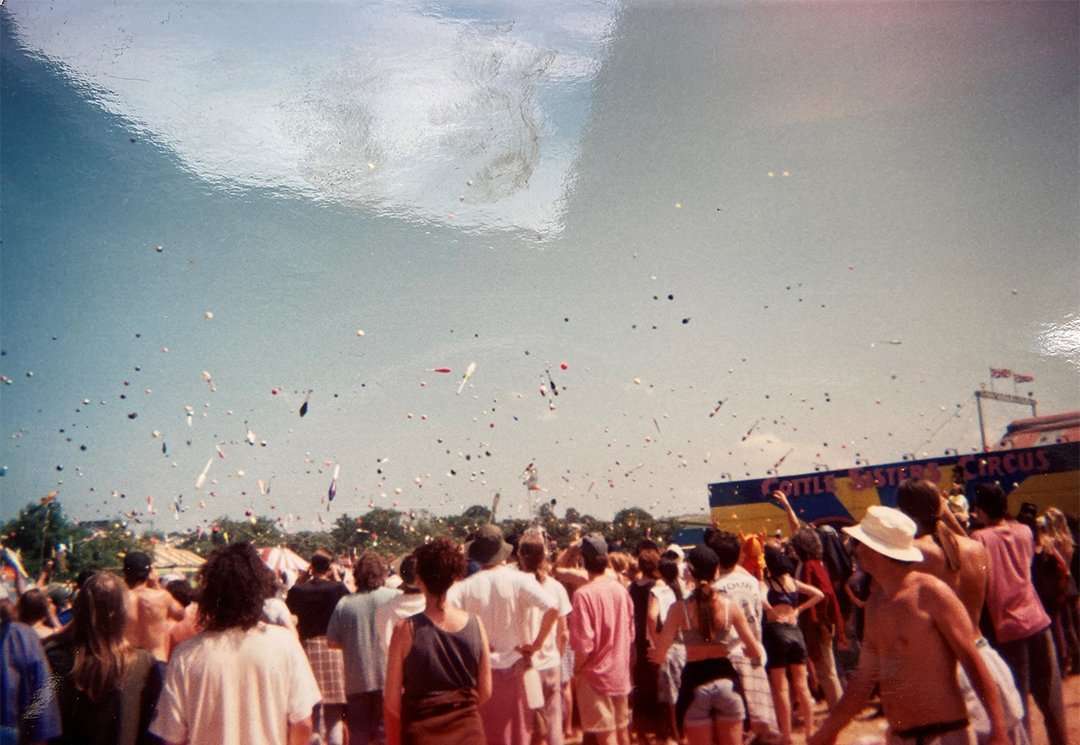 “My girlfriend, who has since become my wife, told me about a festival she had attended in 1981 and said she was going again in 1982. I was working in London at the time and had no transport so I hitched. As she was there on her motorbike I carried a skid lid. Standing at the start of the Great West Road a guy on a bike stopped and kindly picked me up. I stupidly looked at the speedo once when he was doing 110mph on the M4 and we arrived at the Bath junction in no time. I then hitched through the lanes of Somerset to the site.

That was the start of a crazy weekend. I don’t remember much about the bands but we had a great pitch with friends in tents and motorbikes just up the hill from where the sound stage is now. It seemed a bit different from other events we had attended and we bought tickets again the next year in a local record shop, We just kept on going year after year and, as the Theatre & Circus Fields grew, we spent as much time there as at any of the main stages.

I learned to juggle at some point and participated in all sorts of circus skills workshops. One year word went around that there was going to be a mass juggle and world record attempt on the Sunday afternoon. The 1997 Guinness Book of Records (page 82) recognised the achievement: “A total of 826 people juggling at least three objects each, kept 2,478 objects in the air at Glastonbury, Somerset, UK on 26 June 1994”, although I’m not sure they’ve got the year. I got into fire juggling and one year and appeared in the fire show in deep mud – it meant dropping a fire club was a major problem.

Kids came along so we took them and started spending a lot of time in the Kidzfield when “Bodger and Badger” appeared every year – our kids learning to juggle with Professor Panic and being part of all sorts of things from a Shakespeare play to a mobile recording studio. We have taken all four of our kids until they were old enough to go off and camp with their friends, rather than us (and they just wanted money, transport etc.) often meeting up for the “Steven Frost Improv All Stars” and the Black Eagles. My wife and I would do shifts of child care while the other explored. Many times after the kids’ areas shut we would put them in their sleeping bags in the cabaret tent and have to carry them to whichever field was “home” that year.

We missed one year because one of my daughters was born on June 25th & celebrated her birthday each year at the festival – as a toddler she would go up to strangers and thank them for coming to her birthday party. She was interviewed about it by Worthy FM on her 10th birthday. The youngest kid we ever took was about 8 weeks old – 20 years later she is currently on a course at Circomedia in Bristol.

We have camped in many different areas and acquired a VW camper van when you could still take then onto the main part of the site, more recently setting up in the camper van fields at the top of the “hill of death” as soon as I could get in on the Tuesday.

After attending 32 Glastonbury Festivals I have had some amazing experiences and made many friends. Occasional visits to the main stages for particular bands have been interspersed by miles of wandering finding the site and finding amazing exciting and “unknown” bits, and many happy days in theatre and circus.” 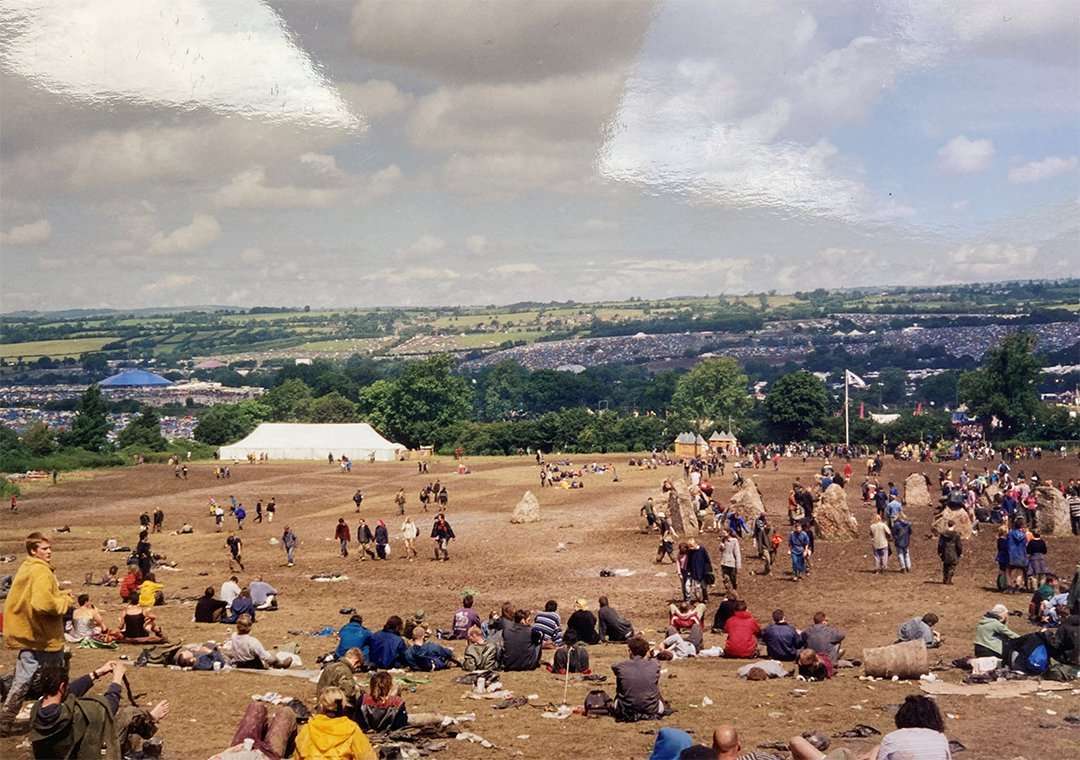 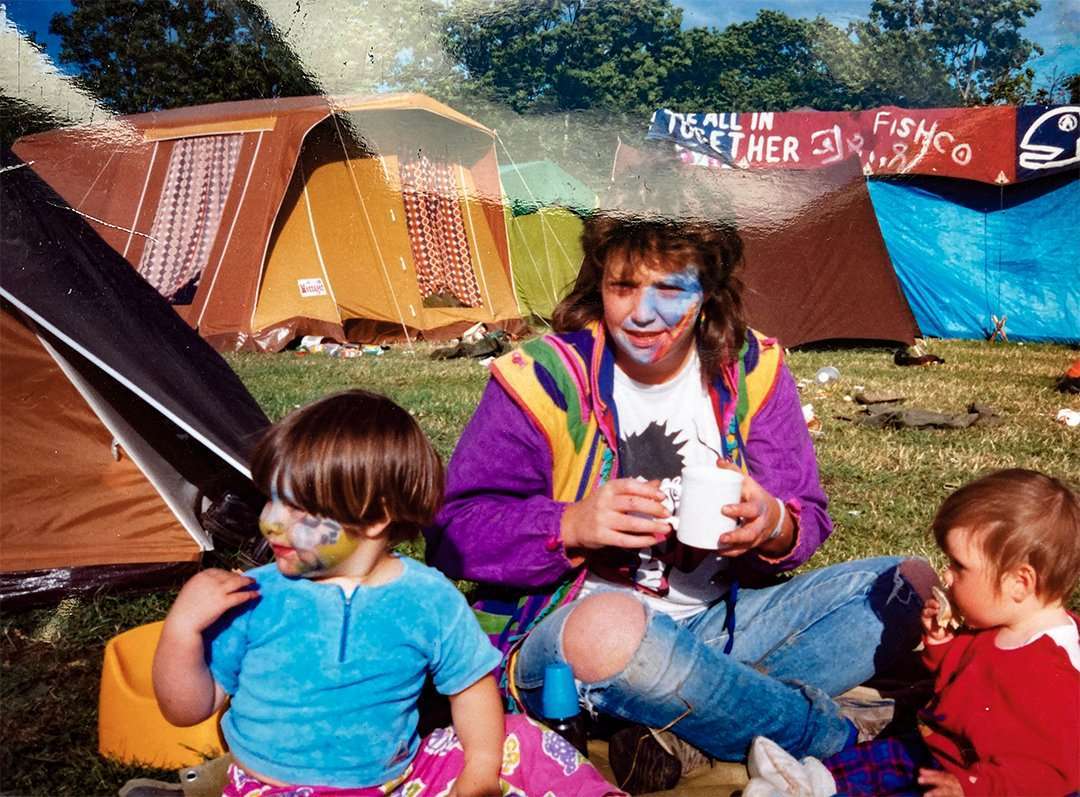 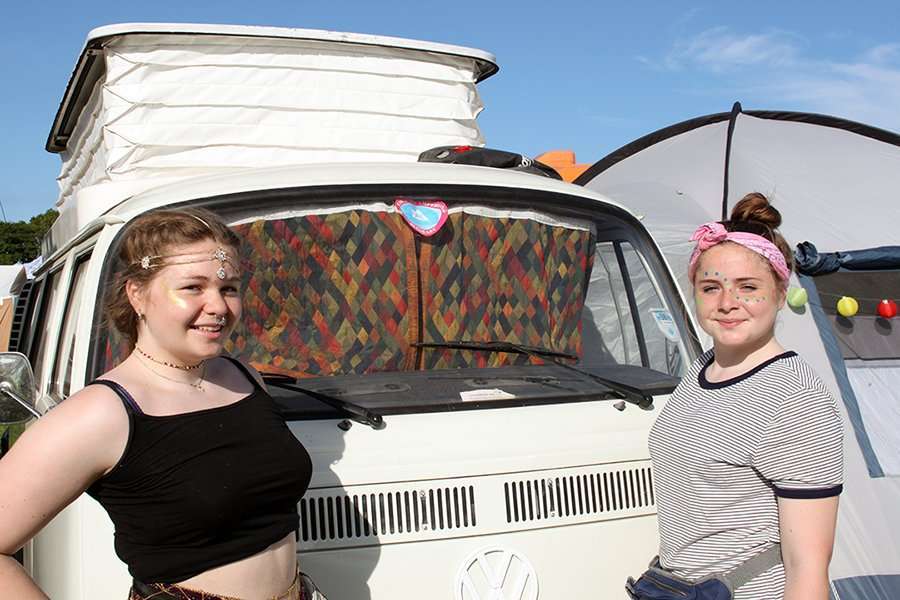 Name: Rod Ward
First Glasto: 1982
Attended: 32 (as of 2020)
Favourite Area: Theatre & Circus
Favourite Stage: Either Left Field or Jazz World (now West Holts)
Favourite Performance:  Too many but one that sticks in the memory was a totally unplanned stumble on a Pink Floyd tribute in Acoustic
Favourite Food Stall: Will try anything but always have a square pie at least once

“Glastonbury Festival is simply a wonder of the world!” – Jake Kidde-Hansen

"Wow. Where to begin? From my first few when the travellers ran the show, anarchic, free, life-changing experiences, to the more recent enormous, amazing, and still absolutely life-affirming event it has become, Glastonbury Festival is simply a wonder of the world! When we have missed it it's so utterly painful ...
Read More

My first two years at Glastonbury were as a trader working up in The Green Fields on a craft stall. 2007 was one of the wettest years ever so I was definitely chucked in at the deep end, losing wellies in the glue-like mud and forgetting what it was like ...
Read More