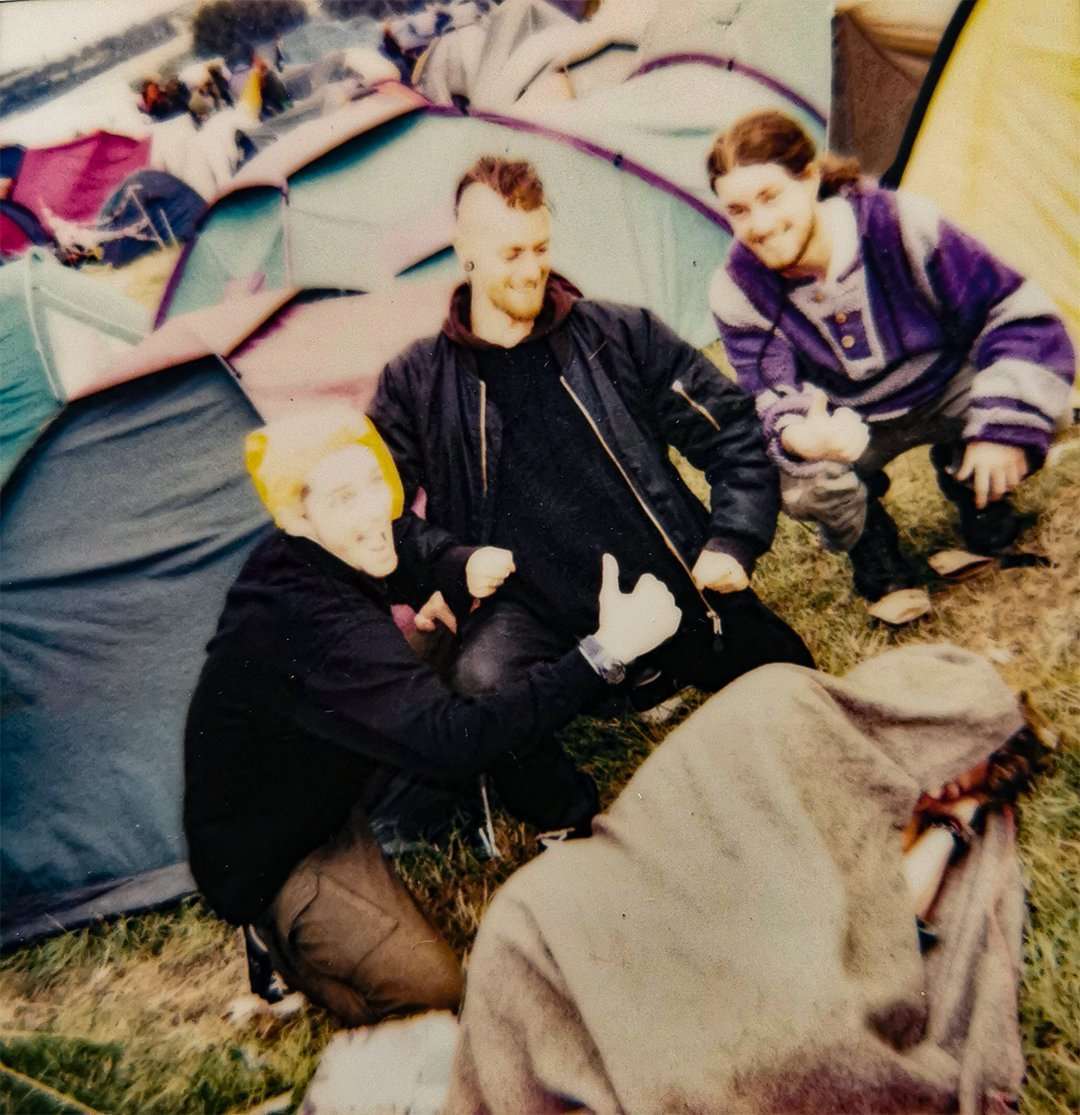 “We were a jolly party of 8, it was 1999, we were all Glasto-veterans apart from our Spanish friends who were Glasto-virgins, and Bad Terry – known for his argumentative ways and not caring less attitude towards intoxicants and the enjoyment of life – who arrived with us via a miraculous fence leap or ticket blag (my memory fails how he managed to get in, as I’m not sure whether the mega fence had gone up by then or not) on the Wednesday.

By Thursday Terry had taken all the acid and positioned himself inside his sleeping bag in the middle of our tents, totally ruined he didn’t rise until Monday morning when we had to force him up to get his lift home. This polaroid was taken with Terry still rolled in his sleeping bag surrounded by my friends Hippy Paul, Filthy Chris and my brother Gregg sporting a sleeping bag liner on his head.

I often took a polaroid camera to the festival, I love the lurid colours and they made the most awesome keepsakes and memories. That year one polaroid had me in it, which was taken by a random stranger in the dance tent of myself and a group of happy dancing strangers, I have no idea who any of them are, if you see yourself say hello!” 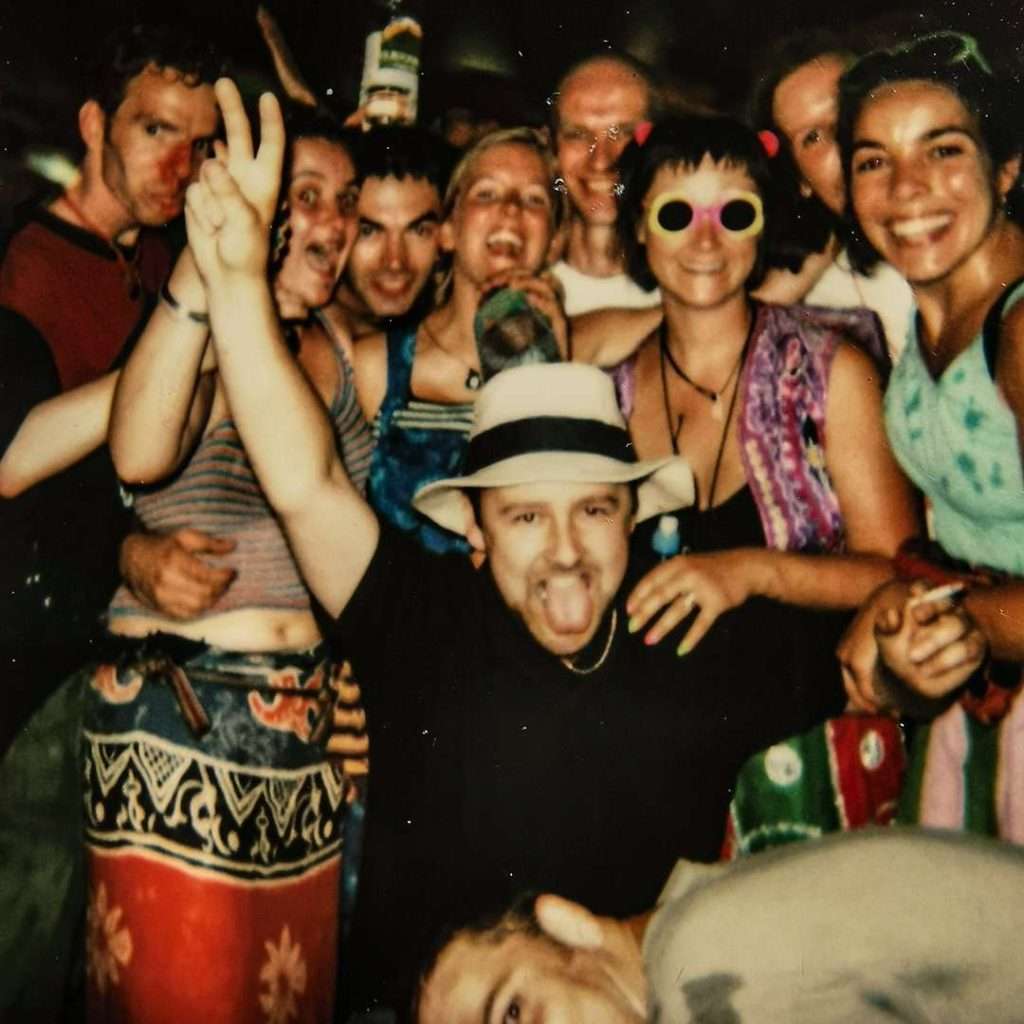 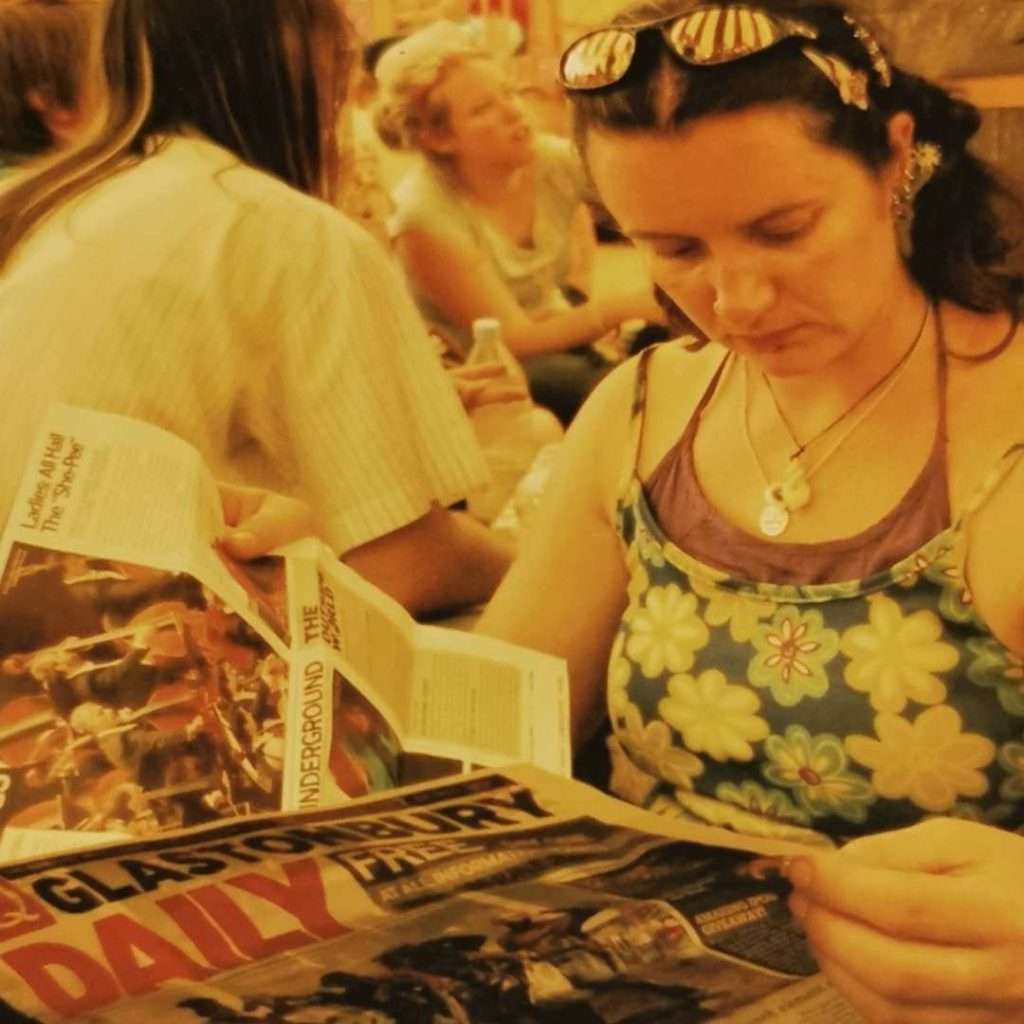 I had just seen Adele and my mood was euphoric! This night just couldn’t get any better. I was walking from the Pyramid to Block 9 when suddenly I spotted a flag, with MY face on it! I couldn’t believe it so ran after the group holding it. I told ...
Read More

"I celebrated my birthday at Glastonbury Festival and can I just say, it was officially the best Birthday ever! We stayed up all night till the sunrise! Me and my boyfriend were the last people to be moved on from Shangri-La before it got closed down! We were sitting there ...
Read More