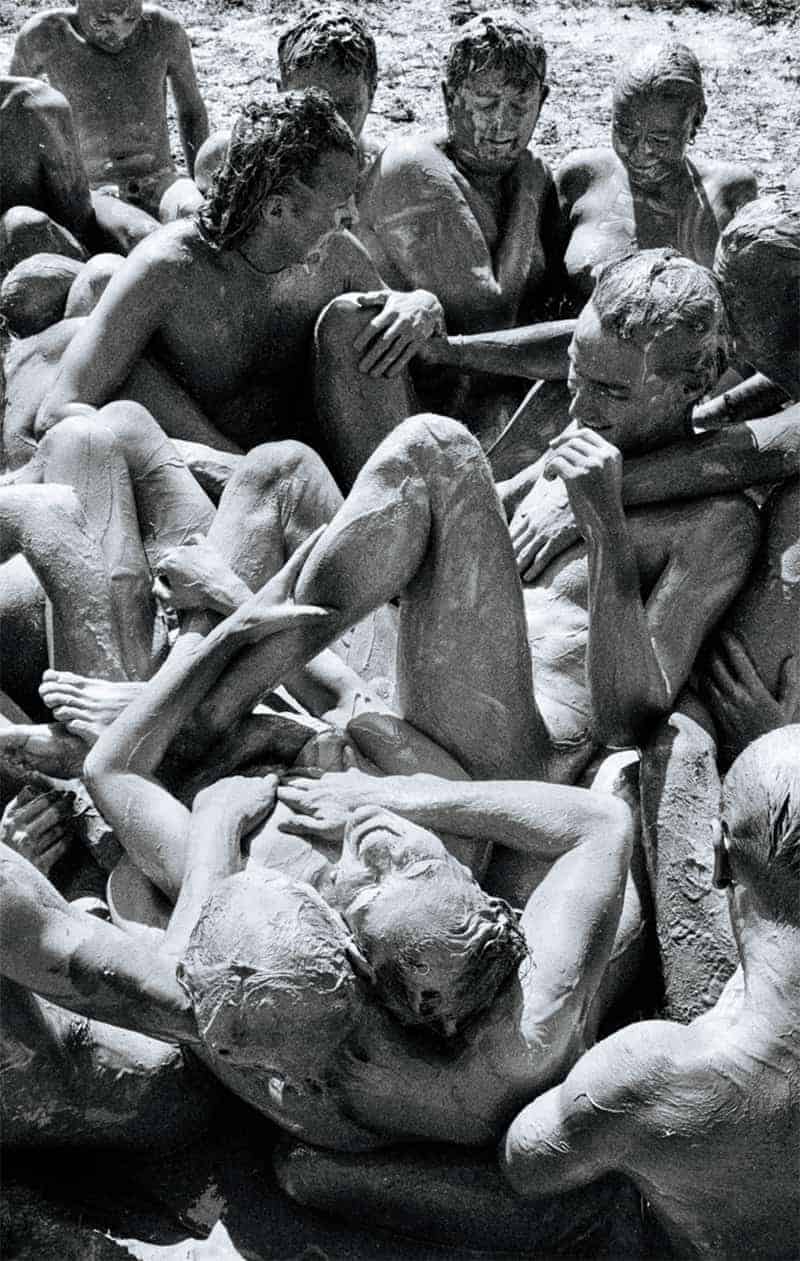 Absolute superfan, I have been a regular at the Glastonbury Festival – now the UK’s largest outdoor performing arts event – since the early 1990s.

Starting out in the press pits, taking pictures of bands, I became increasingly interested in the more spontaneous side of the festival, beyond all the hype. Documenting the day-to-day life of a makeshift city with its unique sociological footprint, I hope my images show us a world in which intense experiences are played out against a backdrop dominated by canvas, big skies and, periodically, expanses of trademark Glastonbury mud. This magnificent post apocatastasistic, VR meltdown early settlement environment.

“The Tragic Tale Of The Overloaded Trolley” – Cory McLeod

“June 2017 soon came around and we were cramming as much as we could into our Morrison’s trolleys and then heading down the motorway to Bristol, where we would stay the night before heading to the festival. Our trolleys mainly consisted of beers, ciders, vodka, rum, beers, ciders, some water, ...
Read More

"I've always suffered the handicap of working so the festival had to squeeze into limited free time. The first few years featured a mad dash from Norwich to the site on Friday night after work. At my first Glastonbury in 1981 it became obvious I wasn't going to make it ...
Read More