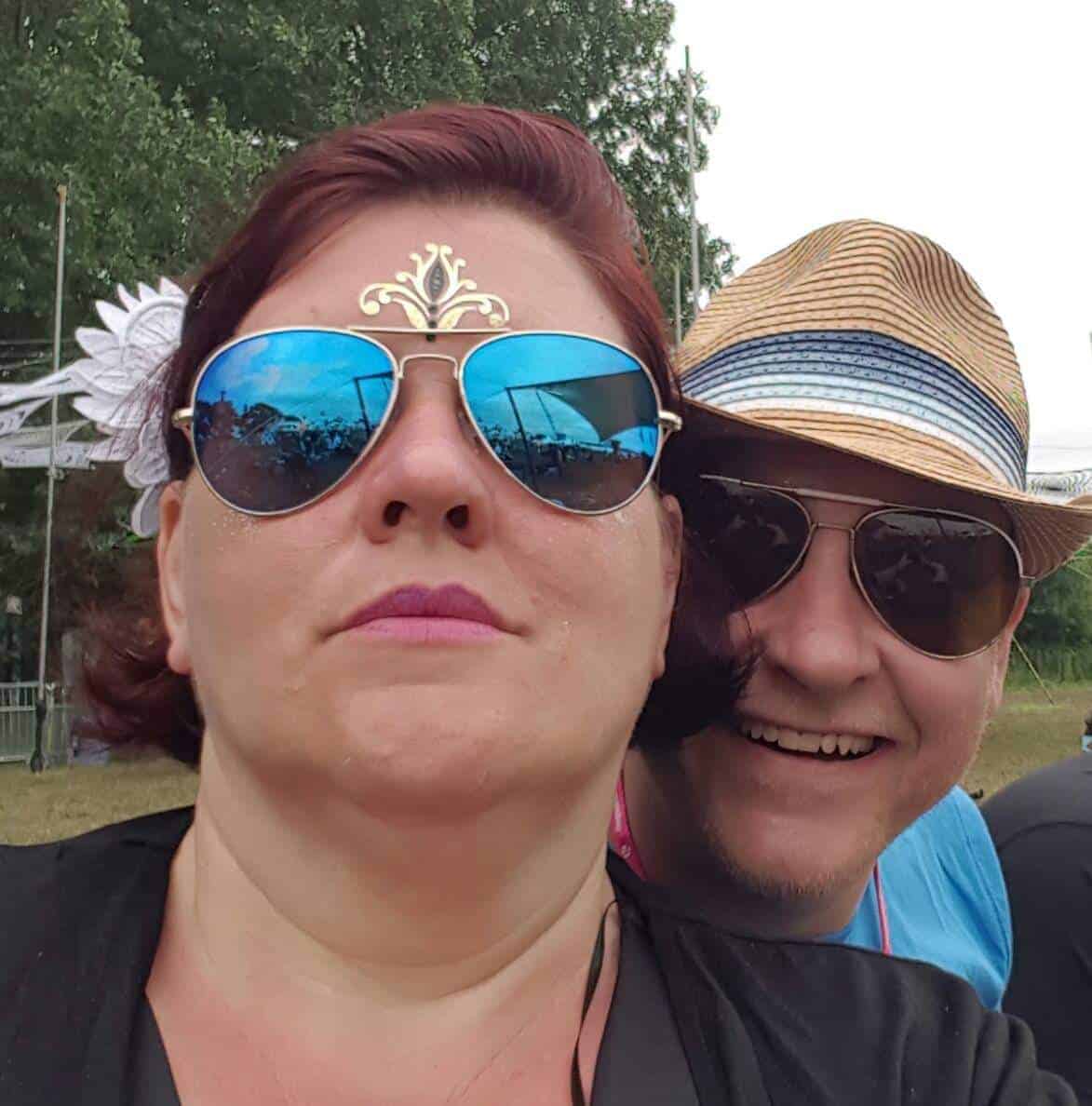 For those of you that know me, know I bang on about the fest at any given opportunity, it’s the dog’s whatsits, especially when, like this year, it stays dry.

That year, I was working in a bar situated near the main stage. So while working you can hear what’s going on; having the best sound system on the planet kinda beats any poxy radio station hands down. As a Tweeter I turned up to the second Twisto event. It’s an event initially set up by @GlastoWatch. People that tweet and go to Glasto to meet up. A few years before the pink brolly group started. Back in 2010 Twitter was relatively new, long before despot dictators (presidents) started using it. It was a nice place to be. But to meet up in real life – we all hide behind a smokescreen of bytes, do we not? On the day of the meet, I slipped out when on a break to attend, and boy am I glad that I did! Apart from being squashed in a small space near the Brothers cider bar, it was really nice to be hugged by people that had only started following me 24 hours before (some, slightly longer) with cries of ‘oh you’re thescobe,’ and then it happened…

Some say it was love at first cider, some might say it was fate, there was no rumble of thunder but this lairy bloke came over to me and put his hands on my head and said ‘You look hot you need a hat’, I didn’t catch his name, I remember mentioning I like Bon Jovi, and, dear reader, for the record, initially, I was stone-cold sober. We swapped user-names, it was hot, I thought he lived in The Oval but no, he lives in Yeovil. There was hugging, lots of hugging, but in a kind of plutonic l like you it’s great here isn’t it kind of (drunk) way.

I met his brother, I could remember his user-name, I wrote it down. The next day I sent his brother a message via Twitter and asked him to tell Mark, said lairy huggy guy; that I had bought a hat and that for some reason I couldn’t remember his Twitter name (I blame the mescal) Once Steve (his brother) had forwarded the tweet to his bro and I had his user name. BINGO! I could then ‘stalk’ him through Twitter (something that is totally legit) and know what exactly he was up to. He is a big flirt, he tweets regularly with many of the #Twisto crew and he uses Twitter interactively – Something that was a revelation to me.

On the Friday, I spent the day following him on Twitter – quick glances between work and asking him questions. He came to see me at my bar last off at about 1.30 in the morning, we chatted, and he gave me a peck on the cheek. On Saturday morning the ‘relationship’ moved up another notch he sent me his number so I could text him, claiming data issues with tweeting. At 3pm I was due for a break and asked him what he was up to, he was watching Sea Sick Steve at the Pyramid Stage 100 yards away, I asked if I could join him and I did, as soon as I met up with him he kissed me, Whooopeeee Sun shining, at Glastonbury and kissing a very nice boy! It was then Steve time, watching Seasick Steve with his brother Steve and best mate Steve! I had my back massaged, we watched, hugged, snogged. I went back to work with a huge grin on my face!

Later that day we arranged to meet up at 9.00pm to hang out, I had the night off and was going to start late the next day, so he collected me from my beer tent and we went to watch Muse. Fantastic set, nice spot, with the addition of that spine-tingling atmosphere that is Glasto on a Sat night. With or without the boy. We wandered up to the stone circle and sat on a bench, the moon was full and in one of those Glasto magic moments, was over the open jaws of the dragon installation – now moved elsewhere – the dragon was eating the moon!

The rest of the evening, I will leave up to your imagination. Next morning after we awoke and groggily got the hello how are you stuff out of the way. Mark went outside to talk to his mate and his brother about their evenings. I made a comment to the assembled crowd from inside the tent. The reply was ‘Oh Hello Voice in the tent’ ‘Hello’ I replied I was then introduced to the friend outside. Voiceinthetent was born! Addendum.

This year is our 10 year anniversary. We live together, in Somerset. Twisto has evolved into a sort of extended (some could say dis-functional) family, some of us meet regularly, we are scattered all over the globe. It has grown and evolved. I still, after going to the festival for 20 years from the land of my birth. (London) I can get to the site in about 30 minutes. (The photo [above] is us from a few years ago not 2010).

"What is Glastonbury to me? It’s not just a festival, It’s the celebrations of bagging the golden ticket... the first time I went (in 1994) I was 22 years old, driving down with mates in an old 1960's VW campervan, no seatbelts tents thrown in the back and endless ...
Read More

"I've always suffered the handicap of working so the festival had to squeeze into limited free time. The first few years featured a mad dash from Norwich to the site on Friday night after work. At my first Glastonbury in 1981 it became obvious I wasn't going to make it ...
Read More

It can be good or bad, funny or sad, as short or long as you wish, and should be accompanied by a Glasto photo or two that best capture the essence of your Glastonbury Festival testimonial.

We ask you to share your stories and memories, who you attended with, and any crazy / quirky / funny / magical details specifically unique to that period in time – Please make it as vivid as possible.