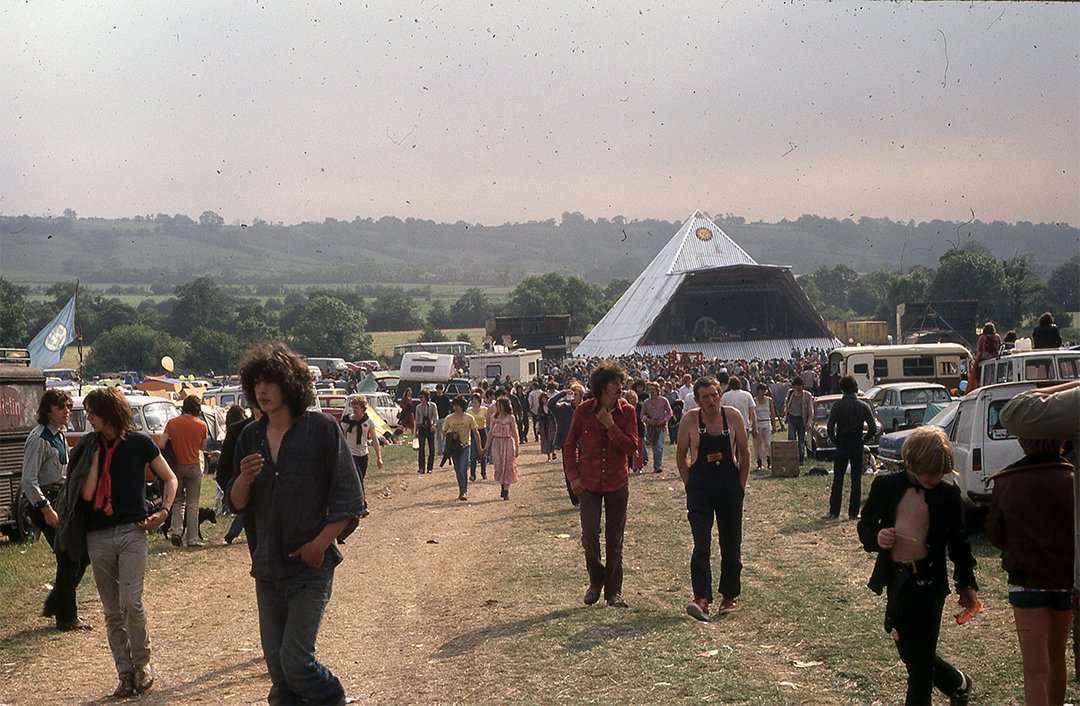 “I’ve always suffered the handicap of working so the festival had to squeeze into limited free time. The first few years featured a mad dash from Norwich to the site on Friday night after work.

At my first Glastonbury in 1981 it became obvious I wasn’t going to make it back on Sunday night, so that was the one and only sicki I ever threw. The highlight of that year was Hawkwind, a sadly truncated set because they ran out of time, but still a classic.

In subsequent years I gradually increased the time away by using valuable leave time and by 1983 I was arriving Thursday and leaving Monday. 1983 was a spectacularly hot year, wall to wall sunshine.

I don’t remember a lot of 1984 for some reason. There’s probably a reason for that…

1985 was memorable for being so Somme-like. Horizontal driving rain for the three days of the festival. It was a real endurance test but I kept my tent dry and had enough waterproofs and so didn’t suffer too much. I’d taken a transit van full of people down and at the end I was still dry, but the van was full of drowned rats.

1986 was memorable because I took a huge video recorder and camera and made a video. I’d never do that again though, the last thing you want at a festival is half a ton of video gear. That was the year The Cure played and Robert Smith was God. You can see the video below.

1987 was my first rave, well sort of. The Mutoid Waste field on Saturday night was a psychedelic drumming fest, this would probably be my Glastonbury highlight.

Then I stopped going until 1995. That year I went down with a load of punks from Norwich. Ebeneezer Goode was the highlight, he created the vibe that year.

1997 I was on the site crew with Huge Arts who provided the “DubHenge” backdrop for Kiss my Ave’s “Carmagheddon”. Another mud bath but not quite on the scale of 85 and it produced another video which you can also watch below.

Fast forward to 1998 and I was deep into the rave scene and spent a lot of time with the Interface internet radio crew and the Bristol ravers. It rained that year, a lot and the site flooded. The rain hit on the Saturday and it has to be the most intense deluge I’ve ever seen. This is the only time I’ve ever lost a tent, in that the groundsheet leaked and I had to abandon it.

1999 was my last ever Glastonbury and to be honest, it was way too crowded. I tried to watch a band (REM I think) on the main stage and had to bail out, I didn’t like being in a crowd that size. The whole site was overrun and I ended up with a free party rig out by one of the gates.” 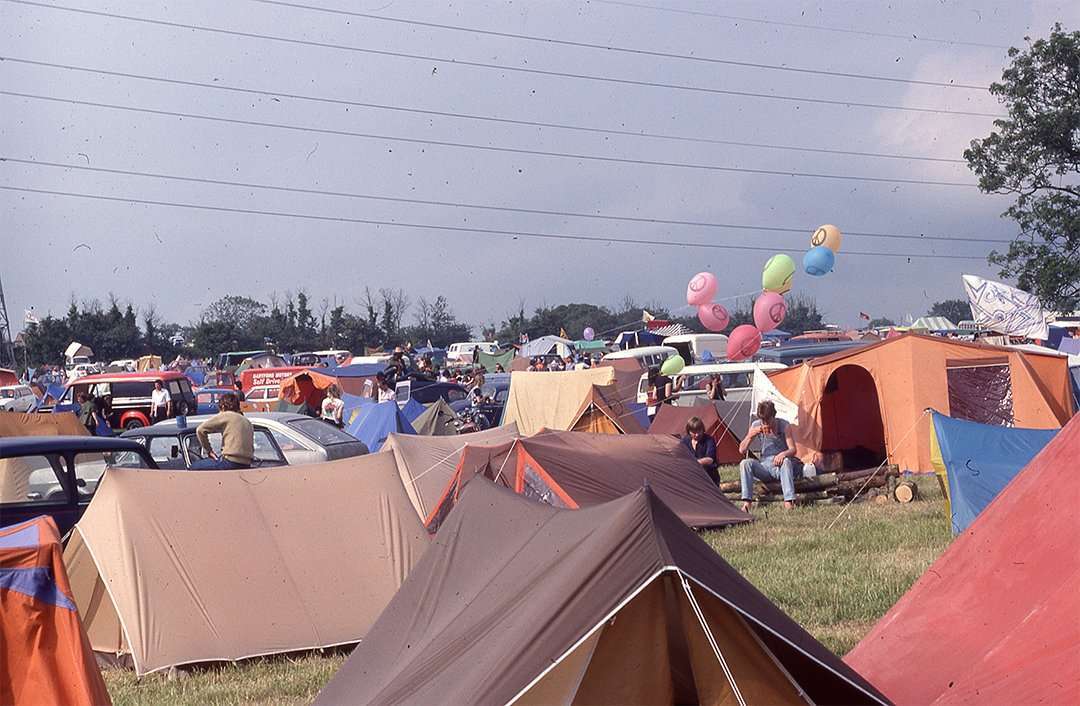 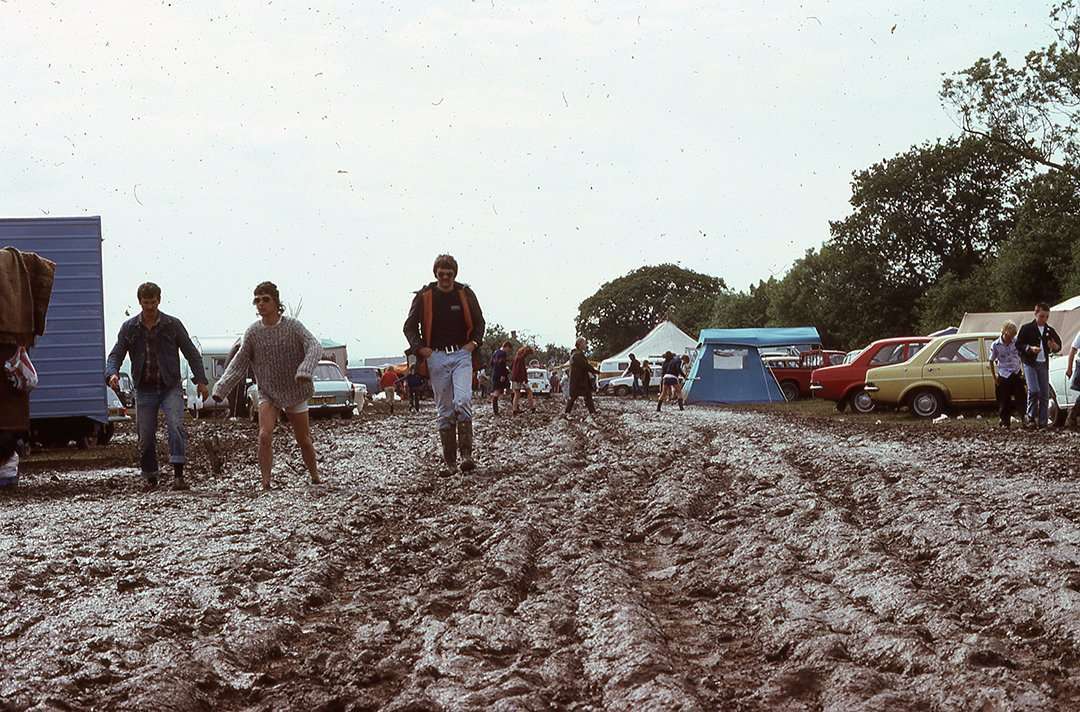 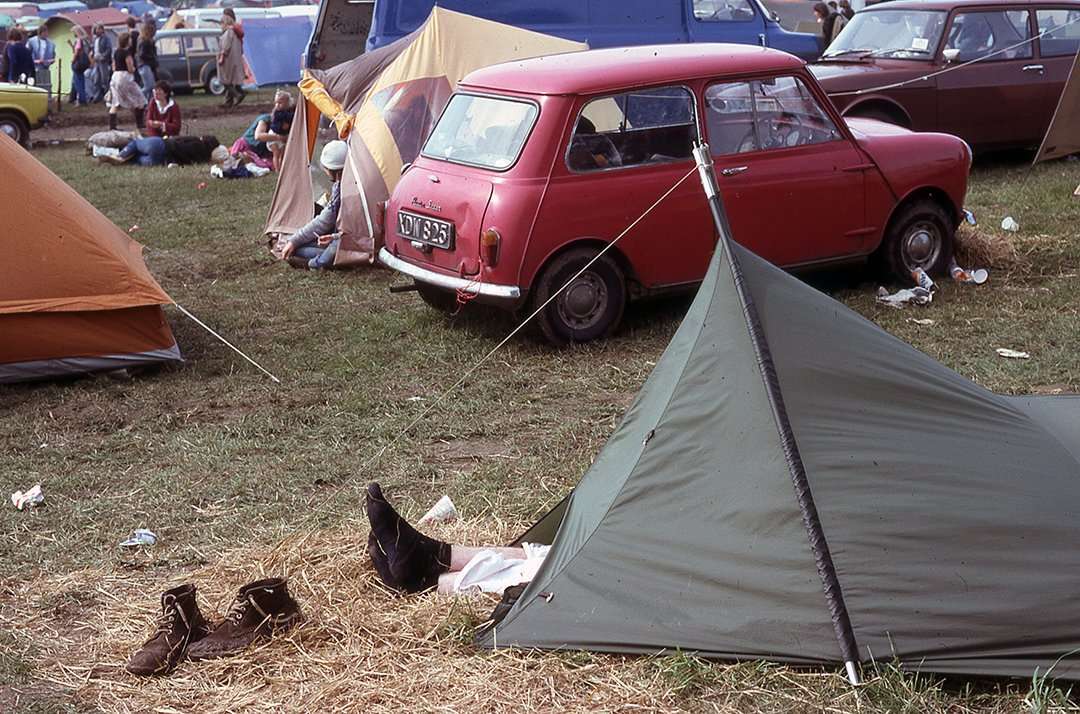 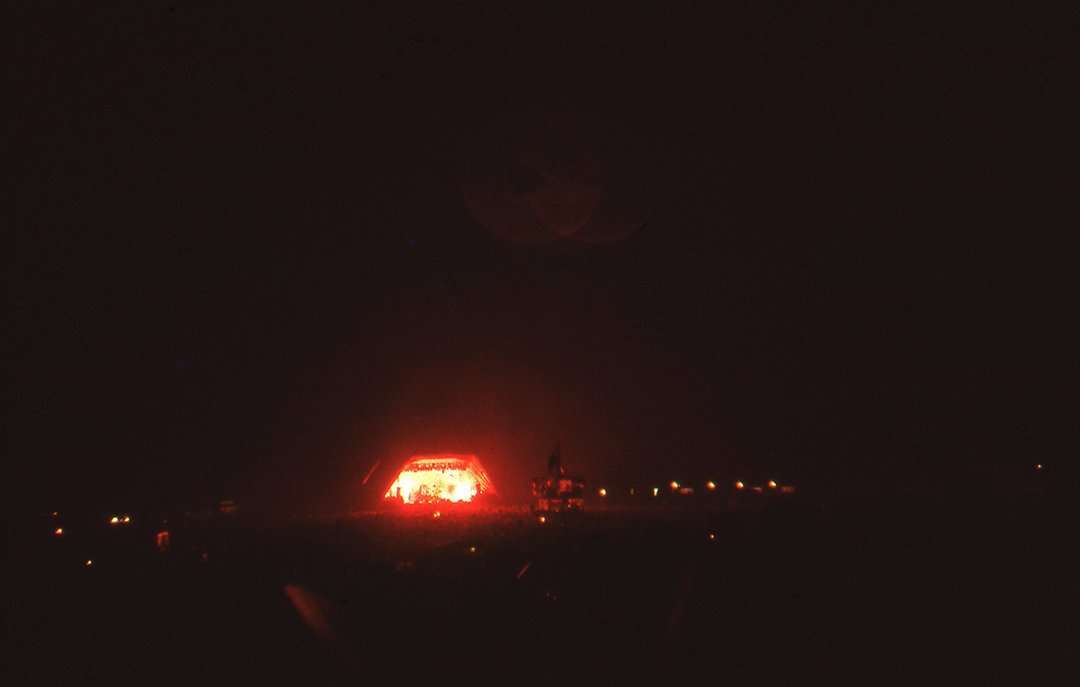 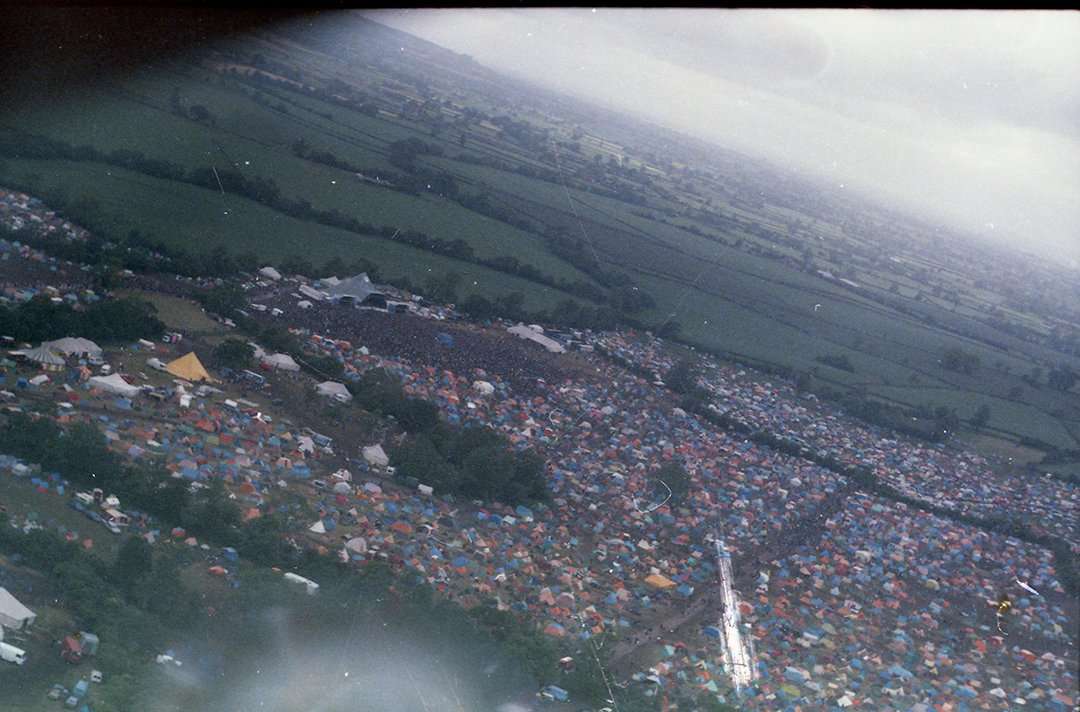 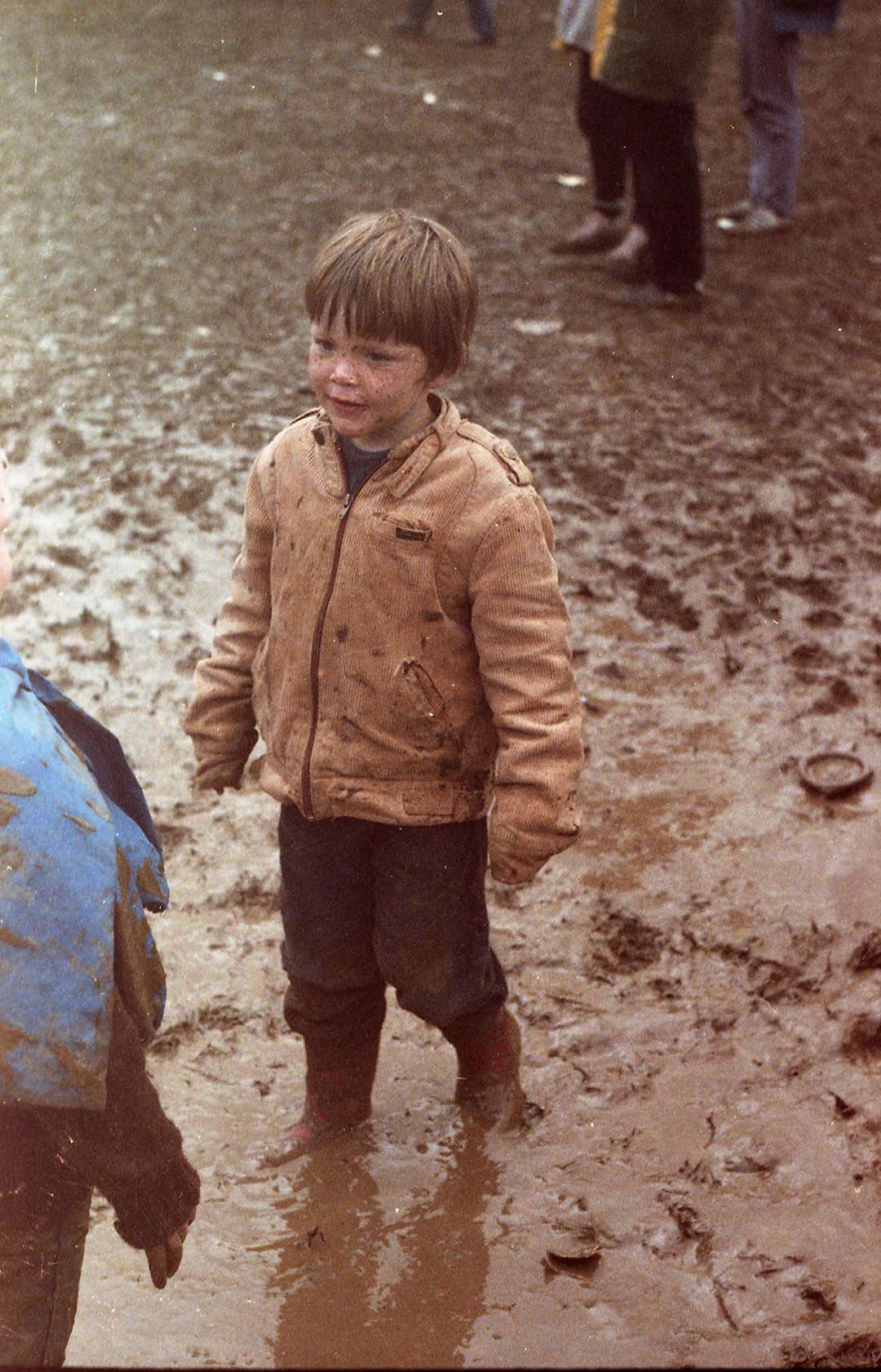 “Glastonbury Festival was something on another planet, as far as I was concerned” – Martin Curtis

Glastonbury Festival was something on another planet, as far as I was concerned, once I'd become aware of it via the TV broadcasts. It was wholly unimaginable to me that I'd ever go there, but in early 2008, that space flight became unbelievably real. I've had an unconventional Glastonbury ...
Read More