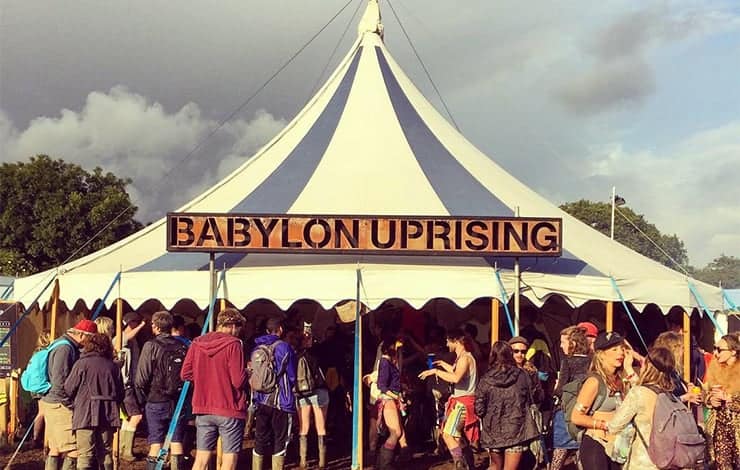 That sound system though…

Babylon Uprising has revealed its line-up for Glastonbury 2019 and will be celebrating its 7th anniversary when it returns to Worthy Farm this June.

Announcing its roster for 2019 on Twitter yesterday (May 7), Babylon Uprising adds more names to the ever-growing Glastonbury 2019 bill.

Situated in the heart of the Festival’s market quarter and known for its ferocious sound system – this rave-tent has made a name for itself for being THE place to head to for a good solid late-night-early-morning rave.

Showcasing some of the most underground prolific artists, alongside up and coming talent – This year’s Babylon Uprising tent will house the likes of Altern8, Durkle Disco, DJ Barely Legal and many more. Check the line-up in the promo video, below:

Ravers unite in the struggle, defend the uprising 📡 pic.twitter.com/dZUMhYm8bD

Babylon Uprising is known for being a strictly non-commercial, not-for-profit collection of sound boys, artists, musicians and eco-builders, all orbiting around a heavyweight handmade sound system.

The Babylon boat party will also be returning for 2019 (yes, the DJ booth is in a boat).

May 23, 2019 UPDATE:  Earlier today (May 23), Babylon Uprising revealed the schedule for the artists performing at their stronghold this year. The venue runs from 11am to 3am each day. See the full list below. 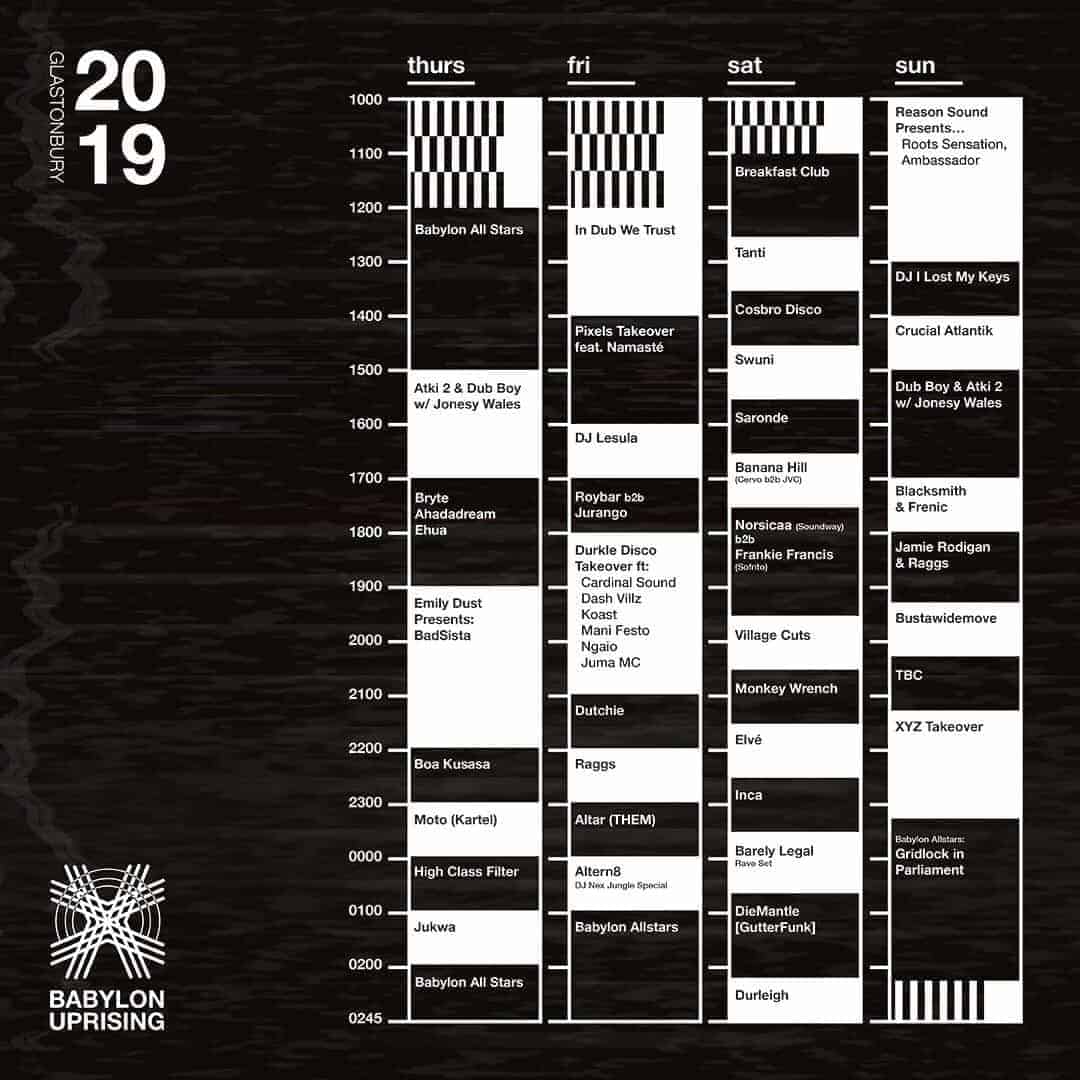