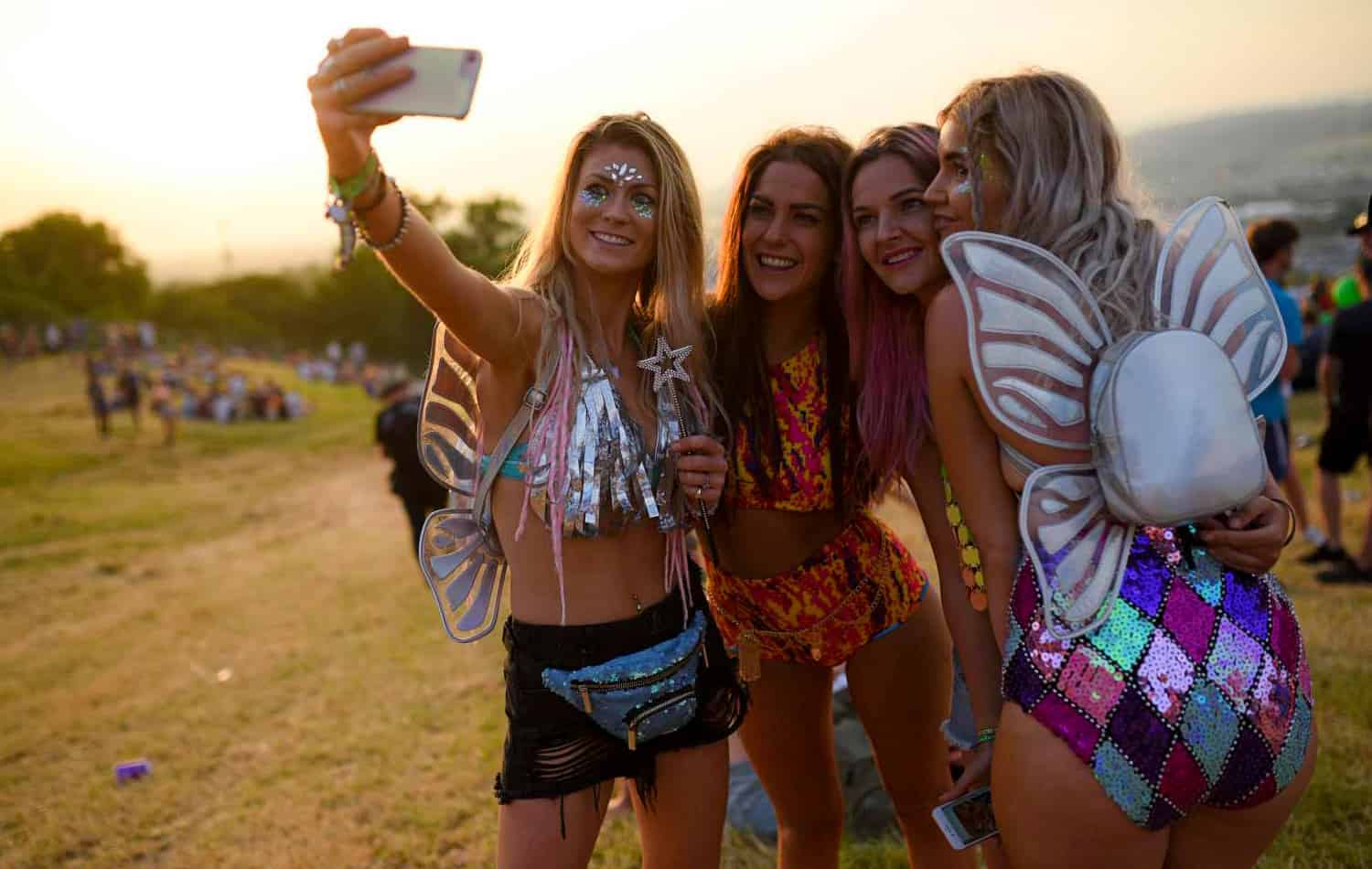 Glastonbury Festival officials have sent emails prompting festival-goers to update their registration photograph ahead of the 2019 festival ticket information release.

The Worthy Farm event, which took its traditional “fallow year” break in 2018, is requesting it’s would-be attendees with a registration photograph over two years old to update their photo and upload a new digital image in time for next year’s festival ticket sales (due early October).

While festival organisers do not state it is mandatory to update your registration photo, they do warn that: “Failure to provide an adequate photo may result in delayed entry to the Festival.”

See a screenshot of the email sent by the festival below: 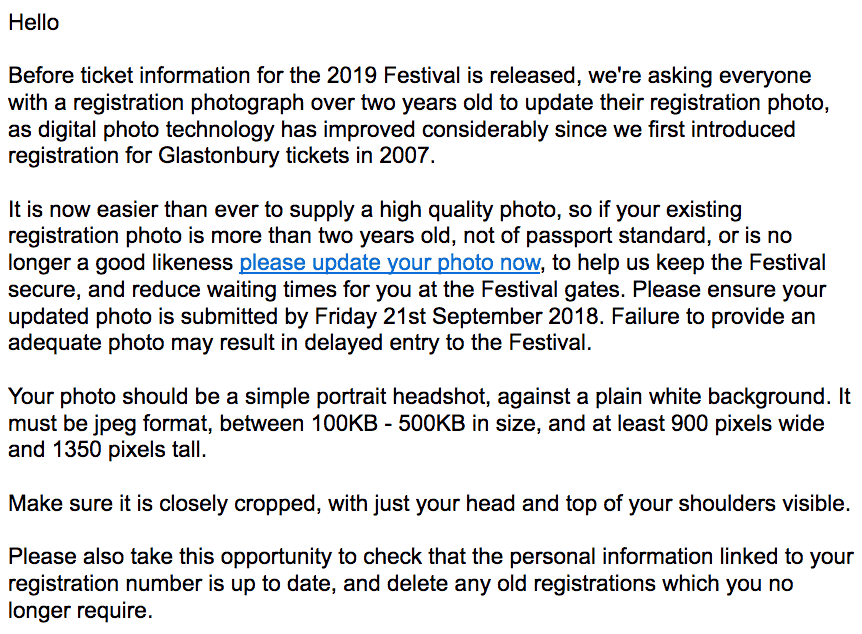 The official email reads: “Before ticket information for the 2019 Festival is released, we’re asking everyone with a registration photograph over two years old to update their registration photo, as digital photo technology has improved considerably since we first introduced registration for Glastonbury tickets in 2007.”

The email continues: “It is now easier than ever to supply a high quality photo, so if your existing registration photo is more than two years old, not of passport standard, or is no longer a good likeness please update your photo now, to help us keep the Festival secure, and reduce waiting times for you at the Festival gates. Please ensure your updated photo is submitted by Friday 21st September 2018. Failure to provide an adequate photo may result in delayed entry to the Festival.

“Your photo should be a simple portrait headshot, against a plain white background. It must be jpeg format, between 100KB – 500KB in size, and at least 900 pixels wide and 1350 pixels tall.

“Make sure it is closely cropped, with just your head and top of your shoulders visible.”

As speculation about who will headline Glastonbury 2019 continues, as of the time of publishing, Mike Pickering’s Hacienda Classical is the sole act confirmed for 2019 so far, after Pickering dropped the news during an interview on Radio X back in December of last year (2017).

Emily Eavis recently told BBC Radio 2’s Jo Whiley about the plans for the Glastonbury 2019 line-up and that they were going well, revealing that the Legend’s slot will be a “non-British female” and that Paul McCartney is ‘top of their list’ to headline.

Other artists rumoured to appear include Madonna, Kylie Minogue, Fleetwood Mac, Oasis and Kendrick Lamar – to name a few.