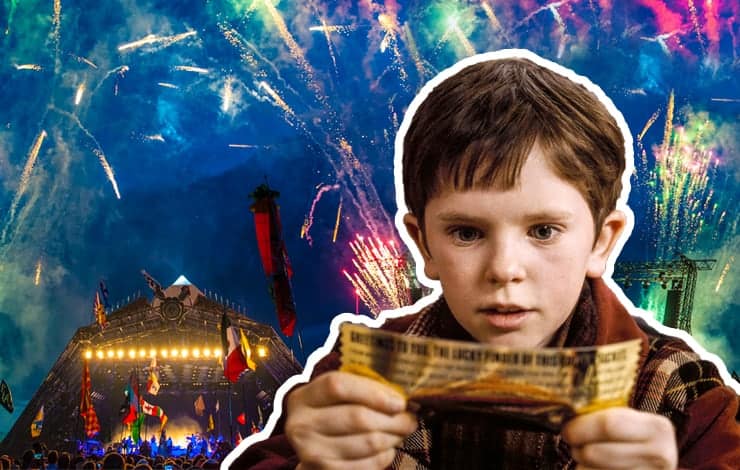 Missed out on Glastonbury 2020 tickets? Here’s the chance you’ve been waiting for…

BBC Radio 1 has launched a new on-air competition this morning (October 21), in which listeners are invited to take part in a national treasure hunt for the chance of winning a ticket to Glastonbury 2020, Radio 1’s Big Weekend and Reading & Leeds next summer.

The BBC Radio tweeted out this morning (October 21) a short video message from Greg James saying: “Do you want to be at Radio 1’s Big Weekend, Reading & Leeds Festival and Glastonbury Festival next year? Make sure you’re listening to Radio 1 Breakfast with Greg James at 7:30 on Thursday #R1TreasureHunt” – Watch the full message below.

Do you want to be at Radio 1’s Big Weekend, @OfficialRandL and @GlastoFest next year? 😱

As mentioned above, Radio 1’s treasure hunt will kick off at 7.30am on Thursday 24th October on Breakfast, when a Golden Ticket will be hidden in four different locations around the UK.

Radio 1’s Greg James will gradually reveal clues about their whereabouts throughout the show.

This promotion follows recent games such as Hide and Seek and Radio 1’s Escape Room.

SEE ALSO:  When is the Glastonbury 2020 Ticket Resale? Here’s what you need to know...

Despite the fact that the full line-up for Glastonbury 2020 has yet to be released – all tickets for next year’s Festival have now sold out, with general admission tickets selling out in 33 minutes, following coach + ticket packages which sold out in just 27 minutes.