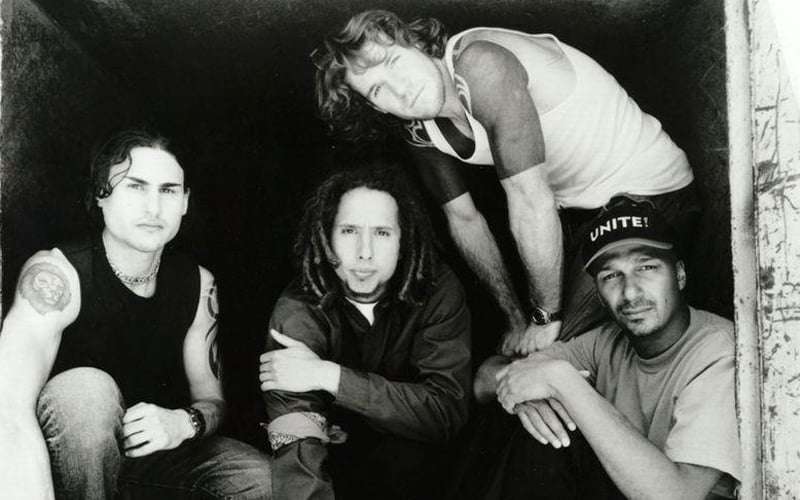 Sorry, everyone – RATM’s only confirmed tour dates as of this moment remain the previously-announced US gigs and Coachella headline slots…

Following the questionable Rage Against the Machine poster which recently popped up online allegedly depicting the band’s world tour dates for 2020 has now been confirmed to be fake.

The fake poster which also included a June 27 tour date stop at “Somerset, UK” sparked the hopes of Glasto-goers for a possible performance by the American rock band at Glastonbury‘s 50th anniversary next summer.

Now, an anonymous Australian-based “concert troll” has told Wall of Sound that they were behind the fake poster, saying “So, the insta was [Photo]shopped, the poster isn’t anything amazing but the Insta really sells it,” the person behind the poster told the publication. “I just changed the post count and time stamp of it haha. “As far as why [I did it], I mean, I love a good troll hey. Plus how sick would it be if Rage did get their ass down here [Australia], and Splendour [festival] doesn’t seem too far out of the realm of possibility. Especially as it’s their 20th year.”

Meanwhile, Emily Eavis has just revealed the two remaining headliners for Glastonbury 2020 have never played the Festival before and confirmed one is male while the other is female – Also, a pre-Christmas announcement is on the cards.

So far, Paul McCartney was the first headliner to be announced for the 2020 edition of the Festival earlier this month and joins Diana Ross who was officially confirmed earlier this year as Glastonbury’s 50-anniversary ‘Legends’ slot performer – while Mike Skinner and Carl Cox are the two latest big-scale artists to self-confirm for the Festival’s 2020 bill.