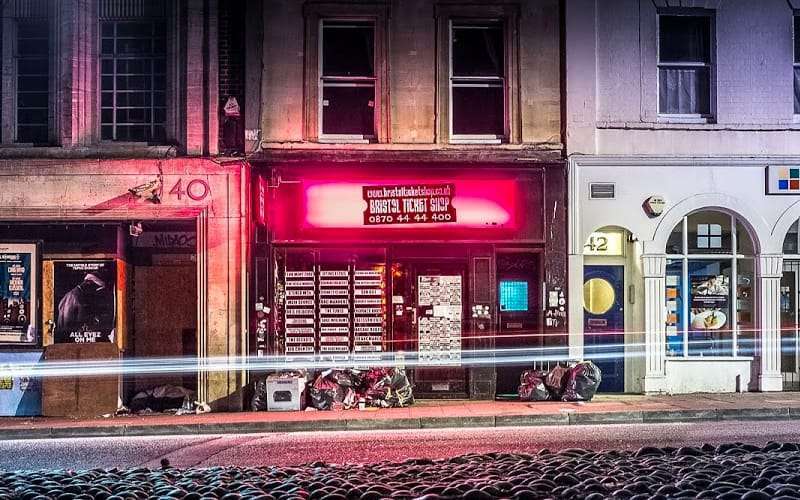 Independent UK-based ticketing company Bristol Ticket Shop has announced it is closing down – citing overdue payments from a debtor.

“After more than 30 years being part of Bristol’s incredible music scene, Bristol Ticket Shop is sadly closing, […] All the staff here are devastated. […] The history of the business is fascinating, from lines of people queuing all the way down the arcade to get their Glastonbury tickets (in the early days) to more recently having the privilege of selling tickets for Bristol’s biggest Pride event to date.” reads a post on the ticketer’s Facebook page (Dated January 9 – See below).

Launched in 1987 as a concession in Virgin shops and then in record retailer Our Price, Bristol Ticket Shop later found its own home in the centre of the UK city of Bristol. With a focus on supporting the local music scene, Bristol Ticket Shop also sold tickets to events such as Glastonbury Festival and Download Festival.

Glastonbury Festival and Bristol music fans alike have responded to the “sad news”, showing support for the ticketer, which formed a “huge part” of the live scene.

Kirsti Ramsay was one of those fans who stood in the queue for Glastonbury tickets back in the day, said: “So sorry to hear this! Remember queuing up in my lunch hour for Glastonbury Festival tickets back in the day. Given to you there and then, rippped off a ream. 50% of a gig was the excitement of getting the tickets. Thank you for being part of the magic. #farewell”

So sorry to hear this! Remember queuing up in my lunch hour for @GlastoFest tickets back in the day. Given to you there and then, rippped off a ream. 50% of a gig was the excitement of getting the tickets. Thank you for being part of the magic. #farewell 😢❤️

Nowadays Glastonbury Festival tickets are sold to the public online via See Tickets – According to the International Ticketing Yearbook 2019, the primary ticketing business in the UK is “incredibly competitive”, with major international companies including Ticketmaster, See Tickets, AXS, Eventim and Eventim taking a large share of the market.