Aerosmith have included Glastonbury Festival in their tour dates for 2022.

The band’s tour date page on their official website lists “Glastonbury Festival, UK” for June 25 – and by doing so making them the first major band to self-confirm for the Worthy Farm-held event next year (see screenshot below).

The tour date addition was spotted by a user on the eFestivals forums who goes by the name of ‘Pastor.Of.Muppets’ and echoed by ‘FloorFiller’, earlier today – Monday, February 22 (see screenshots below). 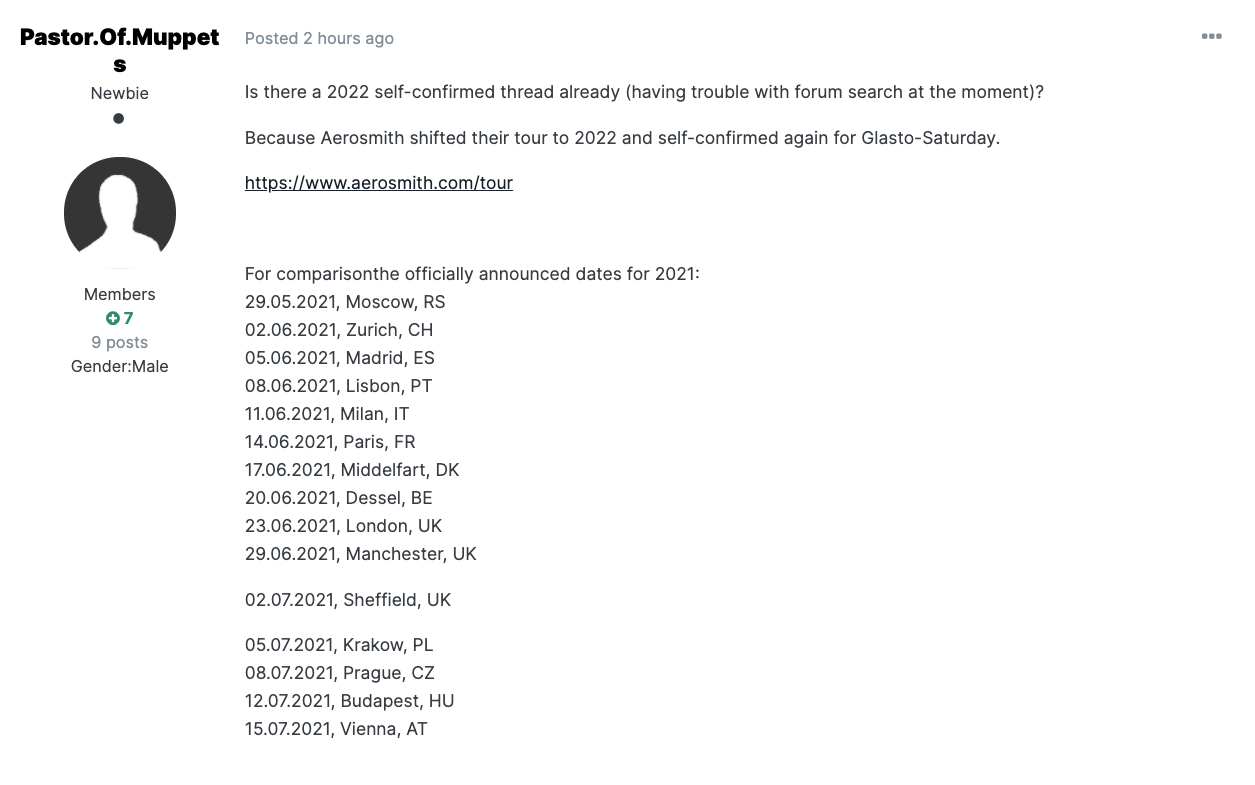 The Bad Boys from Boston were set to play Glastonbury’s 2020 edition – prior to the Festival’s cancellation due to the ongoing COVID-19 pandemic.

Aerosmith have updated their tour date page on their official website, yet again, now omitting the “Glastonbury Festival, UK” listings which was previously scheduled for June 25.

A tweet that was posted via the band’s official Twitter page this evening (Monday, February 22) read: “Due to current conditions and for the safety of our fans, the 2021 European Tour has been rescheduled to 2022. Please stay tuned for more information regarding the new dates or contact your point of purchase. All tickets will be valid for new dates.”