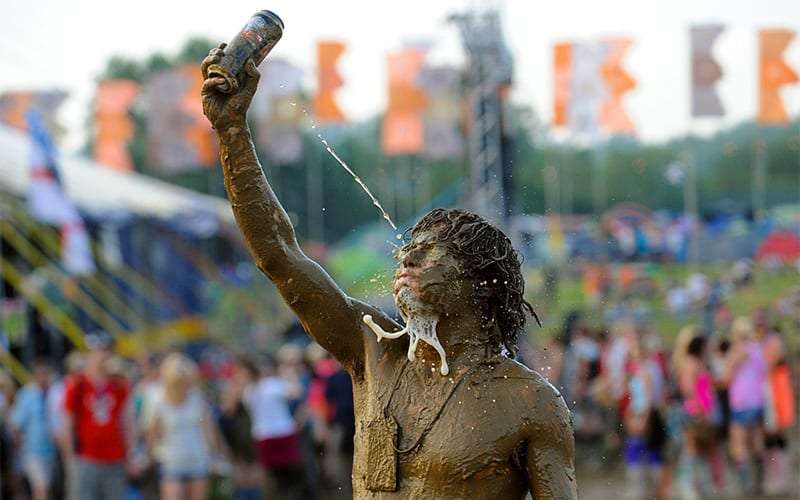 A local council report has recommended that Glastonbury Festival consider introducing “a set limit on the personal amount of alcohol being brought on site thus promoting consistency and fairness” ahead of Glastonbury’s 50th anniversary this summer.

The recommendation was published by Mendip District Council – which is the body that oversees Glastonbury’s licensing to ensure the safety and well-being of both attendees and the wider community in Somerset – prior to a meeting of the council’s scrutiny board in Shepton Mallet on Thursday evening (January 9), as part of a wide-ranging report into last year’s event.

The local council’s latest festival “de-brief report” looks at every aspect of how the event was run in 2019 and makes recommendations of how things can be improved in the future.

Glastonbury’s current festival rules state that you can bring your own alcohol into the event, however, amounts considered ‘beyond reasonable personal use’ will be confiscated at the gate as you enter the event.

Claire Malcolmson, the council’s group manager for community health, said: “Glastonbury Festival has a worldwide reputation and as such it means that the council has a huge responsibility in ensuring that it undertakes its’ statutory duties […] The purpose of the licence, the licensing objectives and other legislation is to ensure event organisers provide a safe event whilst minimising disruption and nuisance to the local community. ”

Although the council praised Glastonbury for once again well-planning, managing and implementing the majority of the recommendations made by officers after the 2017 event, it said that there are still several areas of potential improvement which included: alcohol, bars and taxi provision; camping capacity; crowd safety; food safety and hygiene; general health and safety; noise and nuisance; toilets and sanitation; security checks; and water supply.

In summary, the council concluded that the 2019 event was a very successful event and the Glastonbury Festival management team should be commended for the hard work put into the planning and delivering a safe event and the commitment they show to continually improve.