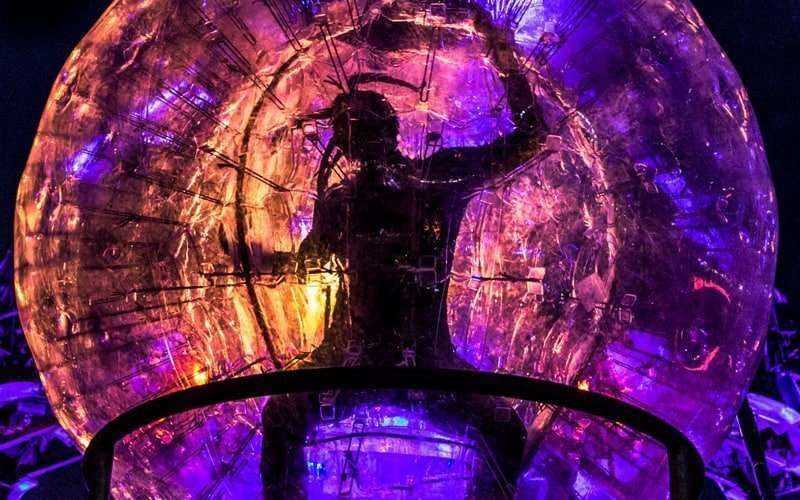 Arcadia are reportedly working on 4 new pieces to be debuted at Glastonbury 2020 – according to a tweet by the Arts Council England, South West from earlier today (February 6, 2020).

In the same tweet, the ACE – a national development agency for creativity & culture in charge of awarding funds from DCMS (UK Government Department for Digital, Culture, Media and Sport) and the National Lottery – congratulated the Arcadia team for being awarded £49k for Pangea 2020.

Huge congratulations to @A_rcadia for an award of £49k for Pangea 2020!

More on this as we hear it.

Meanwhile, in a recent interview – Arcadia co-founder and creative director Pip Rush Jansen discussed the inspiration behind the company’s latest project, the fate of the famous fire-breathing Spider and the future of the now-famous crane.

Jansen discussed the origins of Pangea and how it came to be, saying the team looked at scrap yards in Russia and India for bits of kit, but when it came down to it, the environmental impact was key in the decision to recycle something local.

Looking ahead to 2020 – Taylor Swift was the second headliner to be announced for the 2020 edition of the Festival – after Paul McCartney, and joins Diana Ross who was officially confirmed earlier last year as Glastonbury’s 50-anniversary ‘Legends’ slot performer – while Mike Skinner, Carl Cox, Fun Lovin’ Criminals and most recently Crowded House are the latest big-scale artists to self-confirm for the Festival’s 2020 bill thus far.