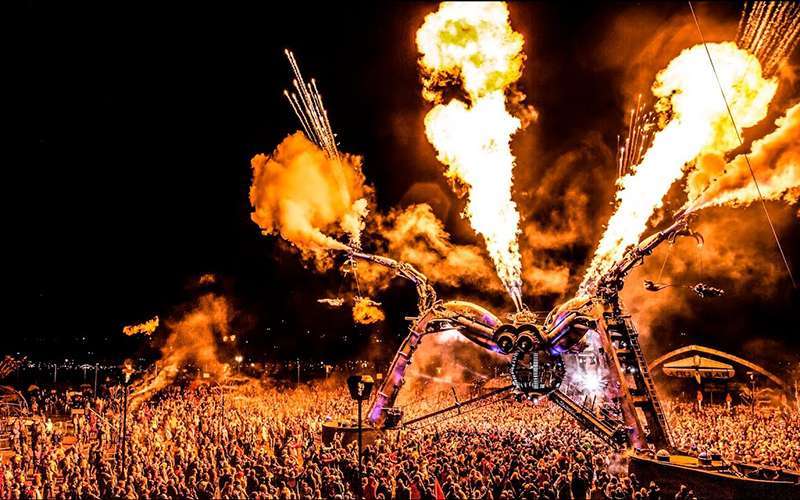 The Spider is back!

Arcadia has now officially revealed details of its line-up for Glastonbury 2022.

Hot on the heels of yesterday’s announcement from the Theatre & Circus Fields, the first phase of this year’s line-up for the Arcadia area has been released this evening (Wednesday, 27 April).

The names featured in the poster, shown below, include Carl Cox who is down as performing a Jungle B2B set with Chase & Status, alongside names such as Calvin Harris, DJ EZ, Four Tet, Jon Hopkins, Kurupt FM, Nia Archives, Nina Kraviz, Tasha, Sub Focus B2B with Dimension and a showcase from Hospitality + “very special guests” which have yet to be announced. 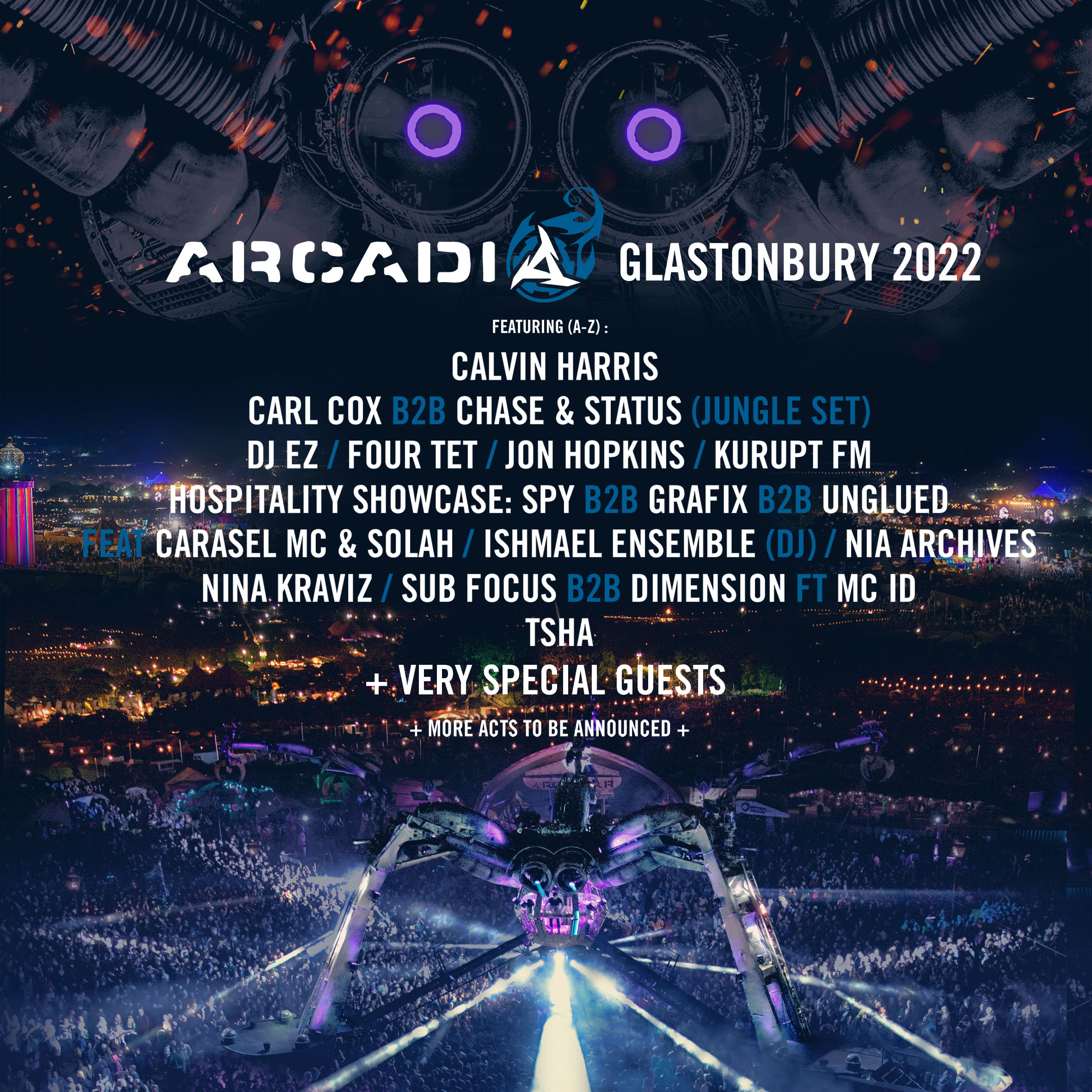 The poster’s artwork also depicted Arcadia’s iconic fire-breathing Spider – which will be returning to Worth Farm for 2022 – after it hasn’t been seen at the Festival since 2018 and was replaced with the Pangea crane for 2019.

Pangea’s plan to keep the 20-meter crane base at the festival site year-round until 2023 was rejected by Mendip District Council and speculation has it that the cost of completely taking it down and rebuilding it each Festival-year is just too high for the Arcadia team’s budget.

The crane base, seen in the image below – a steel structure, 20.4-meter tall, which was part of the approximately 50-meter tall crane in total – is currently still bolted down to form a semi-permanent fixture on the ground, while covering an area of approximately 36 square-metres, located at the Worth Farm premises.

The Arcadia line-up news comes in the wake of fans being left wondering whether Carl Cox had accidentally shared the Arcadia line-up after the DJ managed to set the socials ablaze yesterday with what appeared to be a leaked Arcadia artwork poster for this year’s Festival ahead of its official release – though without any official announcement from Glastonbury or Arcadia.

The alleged leak which was shared far and wide originally emerged on Cox’s official Facebook page when a fan asked if he’d be playing at Glastonbury this year. The Arcadia team later contacted a number of outlets (including ourselves) asking to remove the poster post as it contained some incorrect information at the time.

2022 will be Glastonbury’s first festival to take place since 2019, after two consecutive cancellations due to the coronavirus crisis – both in 2020 and 2021.

As it stands, along with Arcadia which is the fifth area to release part of its line-up, Field of Avalon, Silver Hayes, Glasto Latino and Theatre & Circus Fields have all also revealed their line-up posters ahead of this year’s event – following Glastonbury’s first main line-up announcement poster revelation, shown below, which dropped in March of this year.

Meanwhile, a platter of performers and attractions which have yet to be announced are still waiting in the pipeline to be revealed before the full line-up + times should finally drop around June time – as recently confirmed on Twitter by Glastonbury organiser Emily Eavis.

Brothers Cider is headlining as the Official Cider for Glastonbury 2022