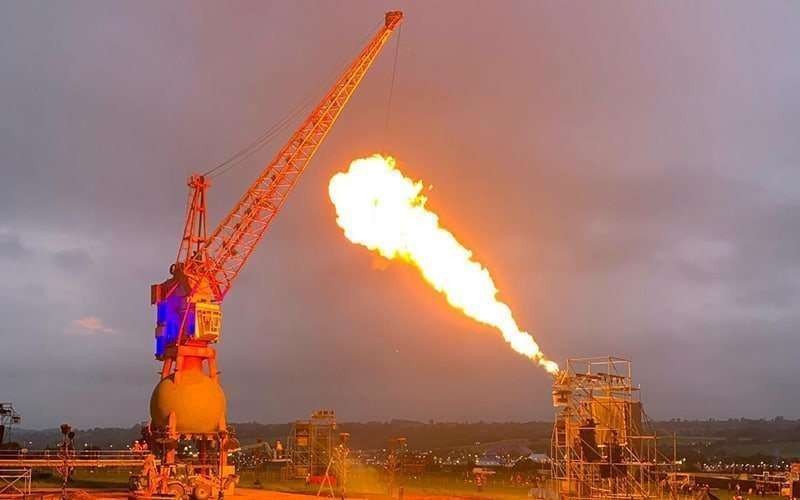 Following on from the debut of the Pangea stage at Glastonbury 2019 last year – IQ Magazine caught up with Arcadia co-founder and creative director Pip Rush Jansen to discover more about the inspiration behind the company’s latest project, the fate of the famous fire-breathing Spider and the future of the now-famous crane.

Jansen discussed the origins of Pangea and how it came to be, saying the team looked at scrap yards in Russia and India for bits of kit, but when it came down to it, the environmental impact was key in the decision to recycle something local.

He goes on to say it’s harder to access UK scrap due to regulations but the enormous crane was eventually found at the local Avonmouth docks, on the outskirts of the city of Bristol.

It took 12 trucks to move the crane on site and ten-metre concrete foundations had to be dug into the ground to hold it up – where it is planned to remain stationary for quite some time – “We only had to move it a few miles down the road and it will remain stationary for a few years now. So in all, it’s taken a huge amount of the environmental footprint out of what we’re doing at Glasto. We also run 50% of our flames of biofuels and this year we are developing technology to make that 100%.” said Jansen.

Fatboy Slim, Carl Cox, Jamie Jones and Four Tet, are just some of the names who took to the newly launched Pangea stage last year.

Originally built for a limited number of UK events, The Spider is back in Europe this summer for its first show in Norway, but is currently being looked for somewhere to site it more long term, in order to increase the footfall and decrease the footprint – Places of interest include America, China and the Middle East, but talks are also ongoing with the Eden Project which is just down the road and right up their street.

Looking ahead to the future and Glastonbury’s 50th anniversary this year, the Arcadia creative director said: “The next thing is to really start taking over the sky. We flew a big moon built by Luke Jerram last year as an experiment and it was really beautiful, so we’re looking to develop the scope of that and collaborate with international artists who fly sculptures over people.

Very often, people can stand at the back of these huge stages and feel distant from what’s going on. If you can take over the space above people’s heads, you can really involve them. That’s the idea – to make an experience as inclusive, massive and yet personal as possible.”

Speaking about the extra pressure that might come with expectations for the big 5-0, Jansen describes Glastonbury as a “hotbed for art” and feels “it’s important to let artistic processes go on their own journey in their own time”.

“If our team and the new people feeding into Arcadia come up with the most mind-blowing idea next year, we’ll do that. But if we need to test new things out a bit before we can make something really magic, then we’re not afraid to do that either.” He said.

Adding: “Either way, there’s going to be a lot of amazing and new stuff at Glastonbury this year. It’s a festival that has really inspired people to take that time out and connect with each other again, and for me it’s no doubt the best one on the planet.”