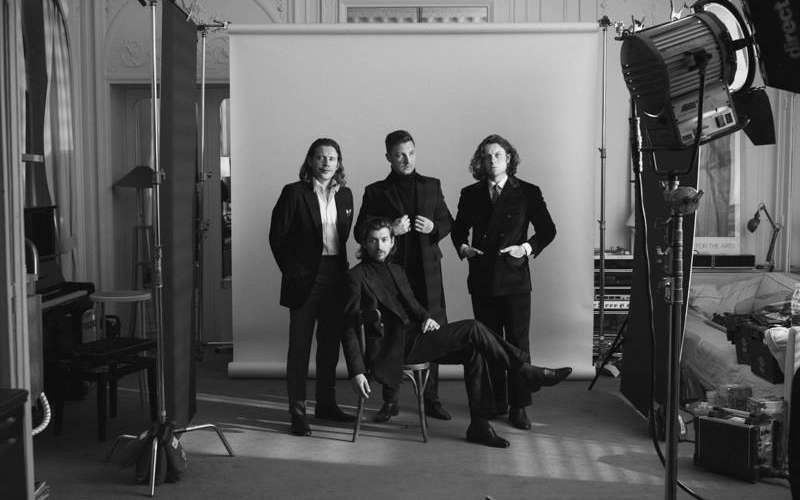 The band has already headlined Glastonbury Festival twice before, could 2023 be their third?

Arctic Monkeys have now entered the Rumour Mill as a potential act to play Glastonbury 2023.

Although whispers and wishes by fans have been abundant for the band returning to Worthy Farm – most recently in charge of stirring up the rumour, is a Twitter account that goes by the name ‘Has it Leaked? with Staffan‘.

The tweet, shown below, was put out late last night (Saturday, 3 July), and simply reads: “AM will do Glastonbury next year”.

Although the account is verified, boasts the blue badge by its handle, and indeed has a lot of followers – we cannot point to any major scoops on its page in regards to previous Glastonbury insights.

AM will do Glastonbury next year.

Arctic Monkeys have recently announced they will be headlining Australian shows for January 2023.

The band also announced a series of South American tour dates earlier this year, and confirmed they had been working on their seventh studio album.

Speaking to Mike Dolbear for this year’s DrumathonLIVE 2022 about the upcoming album, AM drummer Matt Helders said that the Monkeys’ next album will be in a similar vein to 2018’s ‘Tranquility Base Hotel & Casino’.

“It kinda like picks up where the other one [‘Tranquility Base Hotel & Casino’] left off musically,” Helders said.

You can watch the interview in the video below from around the 45-minute mark.

Staying on the topic of the rumour; another group which have been recently rumoured to play at Worthy Farm next year are Spice Girls – which according to Mel C – are poised on reuniting and going on to play “the biggest stage in the world” in 2023.

Fast forward to Monday (28 June) the rain started to descend – following defied ominous forecasts of thunderstorms and a yellow weather warning from the Met Office.

The first wave of Glastonbury 2023 tickets traditionally go on sale in October, which is then usually followed by a resale of any unpaid or cancelled tickets sometime in the Spring (March/April).