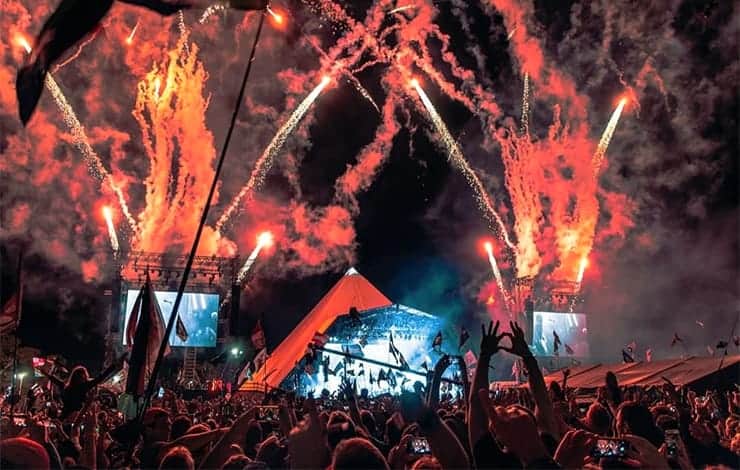 Following Glastonbury‘s announcement earlier this week of its virtual line-up for the Festival’s 50th-anniversary celebrations, which are set to take place over the originally scheduled dates of the Glasto-weekend – Thursday 25th to Monday 29th June.

BBC has now also revealed the full list of sets that will be streamed on their dedicated ‘Glastonbury Experience’ iPlayer pop-up channel this weekend.

The Glastonbury Experience was announced last month, and will be available across BBC Television, BBC iPlayer, BBC Radio and BBC Sounds.

This afternoon, the BBC revealed the full list of sets that will be available to watch over the weekend, “minus a few surprise classic sets [which they’ll] share over the weekend”. The pop-up channel launches tomorrow (25 June), and will feature sets from Nick Cave and The Bad Seeds, The Charlatans, Fontaines DC, Little Simz, Lewis Capaldi, Billie Eilish, Jay-Z, Kano, Dave, Bon Iver, Lady Gaga, PJ Harvey, Arctic Monkeys, and many more. Check out the full list below.

Earlier this week we shared the schedule for our dedicated #Glastonbury2020 channel..

Now we can share with you every full set you will be able to watch on @BBCiPlayer, minus a few surprise classic sets we’ll share over the weekend 😉

Get ready… there are a lot… pic.twitter.com/igh8j6gOuZ

Yesterday (June 23), Glastonbury fans were speculating whether something would be happening at Worthy Farm this weekend after big white trucks – which resemble those of the BBC – were spotted at the Festival site.

Later in the day, the official BBC Glastonbury account confirmed via Twitter that nothing exclusive is happening, saying: “For the eagle-eyed who’ve spotted trucks by the Pyramid Stage on our Glastonbury webcam, that’s just our team getting ready to film links for the TV coverage. No unexpected big surprises here and Glastonbury asked us to remind you that Worthy Farm remains closed to the public.”

For the eagle-eyed who’ve spotted trucks by the Pyramid Stage on our Glastonbury webcam, that’s just our team getting ready to film links for the TV coverage. No unexpected big surprises here and @glastonbury asked us to remind you that Worthy Farm remains closed to the public.

Glastonbury Festival was set to celebrate its 50th anniversary this summer – with headliners in Kendrick Lamar, Paul McCartney and Taylor Swift – but was forced to cancel this year’s instalment due to the coronavirus pandemic.