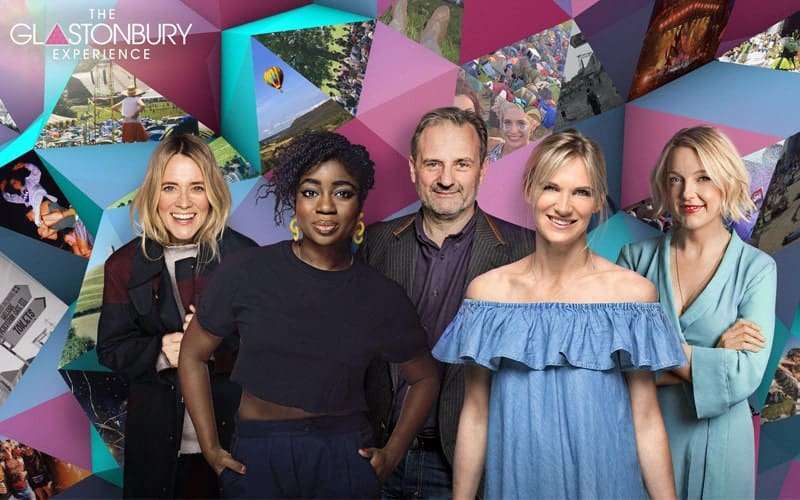 ‘The Glastonbury Experience’ surpasses ten million streams of content on BBC iPlayer, with thousands more having watched past sets broadcast on TV

As of the time of writing – according to the BBC, there have been 10.2 million programme requests for Glastonbury content on the iPlayer so far – and with content available for another 30 days, those numbers are likely to increase substantially.

Despite the sad cancellation of Glastonbury 2020 due to the COVID-19 pandemic – the BBC’s virtual festival coverage was still a great success.

On what would have been the 50th anniversary of Glastonbury, the BBC celebrated the Festival’s big 5-0 across television, the iPlayer, radio and BBC Sounds with a mammoth an archive which included sets and live presentation from Clara Amfo, Lauren Laverne Jo Whiley, Mark Radcliffe and Edith Bowman – and artists including Laura Marling, Arlo Parks and Nubya Garcia also playing live performances from Worthy Farm.

Running from 10am local time on Thursday 25 June until late on Monday 29 June – the Beeb’s ‘Glastonbury Experience’ aimed to bring the spirit of the legendary festival to viewers at home by broadcasting past performances.

On TV, Adele’s 2016 set was the most-watched programme on BBC Two, with an audience of 2.1m – which is the biggest audience for a BBC Two Glastonbury programme since 2017. While Sunday evening’s edition of Glastonbury Backstage Acoustics was BBC Four’s highest viewed programme, with an audience of 261,000 – followed closely by Nile Rodgers & Chic’s performance from 2017, which drew 258,000.

Last year (2019), Kylie Minogue set a Glastonbury TV record on BBC One with an average consolidated viewing audience of 3.2m.

“We are thrilled with our audiences’ response to The Glastonbury Experience on the BBC last weekend, which gave all of us music lovers the chance to relive classic performances and sets from the festival across TV, radio and online,” said Lorna Clarke, controller, BBC Pop. “Seeing the reactions from viewers and artists on social media was a joy, and early indications are that millions of people enjoyed our content. Our thanks go to Michael and Emily Eavis for allowing the BBC to broadcast live from Worthy Farm – and we look forward to the return of the festival itself next year.”

“It was surreal and poignant to be presenting from Worthy Farm without the crowds,” said Jo Whiley. “I know many people were left with a Glastonbury-sized hole in their lives this year and so I’m very glad and proud that we could help to lift their spirits and bring comfort and joy through the music of Glastonbury on the BBC.”

Glastonbury organiser, Emily Eavis said: “Wow, for a year without a festival it really was our biggest gathering yet.. over ten million people tuned in. Very grateful to everyone for sharing all your Glastonbury home set ups, all the memories and thanks to the BBC for pulling it all together”

In a message from organisers, announcing the Festival’s cancellation earlier in the year – Michael and Emily Eavis explained that cancelling this year’s event was their “only viable option” following “new government measures” to prevent the spread of the pandemic – saying: “We’re so sorry that this decision has been made. It was not through choice. But we look forward to welcoming you back to these fields next year and until then, we send our love and support to all of you.”