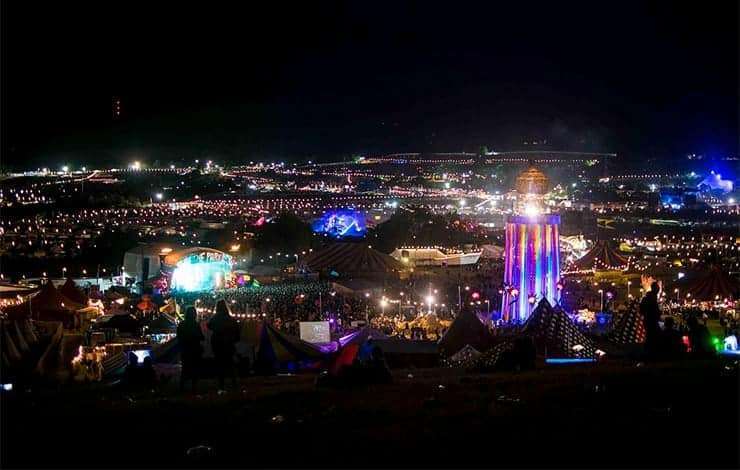 The BBC has announced its plans for broadcasting Glastonbury 2019.

Returning to Worthy Farm post fallow year, the BBC will once again be THE place to catch the biggest sets and best moments from Glastonbury 2019 – confirming that viewers and listeners will be able to personalise their Glastonbury experience more than ever before, BBC Music will present the very best of the festival across TV, radio, BBC Sounds, BBC iPlayer and online – from headline shows on the Pyramid Stage to emerging artists on the BBC Music Introducing stage.

For the first time ever, BBC Sounds will be the ultimate destination for audio from the festival this year, as listeners will be able to access all broadcasts on BBC Radio Glastonbury, at the touch of a single button – Allowing listeners to hear live programmes from Radio 1, Radio 1Xtra, Radio 2, Radio 5 live and 6 Music which will also be live from Worthy Farm, with broadcasts available on on the newly launched app, featuring a mix of interviews, live shows, headline sets and backstage moments.

The TV coverage will see over 30 hours of performances being transmitted across BBC One, BBC Two and BBC Four – In 1997, BBC Two broadcast from Glastonbury Festival for the first time capturing Radiohead playing their seminal set on the Pyramid Stage. Now 22 years on, BBC Two will be broadcasting headline sets from Stormzy, The Killers and The Cure. BBC One will broadcast Kylie Minogue’ performance in the festival’s Sunday teatime ‘legends’ slot, with weekend highlights and live coverage from key sets across Pyramid, Other, West Holts, John Peel and Park stages on BBC Four.

You’ll be able to press the Red Button on your remote to access highlights from all these different stages. The Watch on-demand options will also be available, so if you missed your any of favourite artists – you’ll be able to catch up on full sets and tracks for 30 days after broadcast on iPlayer and via the BBC Glastonbury website.

James Stirling, Head of BBC Music & BBC Music Introducing, says: “BBC Music is delighted to be returning to Glastonbury this year – giving audiences such a wide range of ways to watch and listen to the best of the festival, whether they’re at home or on the move. Glastonbury 2019 on the BBC will see BBC Radio Glastonbury on BBC Sounds, over 30 hours of coverage on BBC TV and live broadcasts across Radio 1, 1Xtra, Radio 2, 6 Music and for the first time – 5 live. There’ll also be over 100 performances from the main stages at Glastonbury available to view on BBC iPlayer – bringing all the variety of this world famous festival to audiences – whenever and wherever they want to tune in.”

Charlotte Lock, Launch Director, BBC Sounds, says: “For the first time, listeners can hear Glastonbury delights 24 hours a day, all at the touch of a button on BBC Sounds. Our curated BBC Radio Glastonbury stream will be live from Thursday through to Monday, making BBC Sounds the place for music fans who want an access all areas pass.”