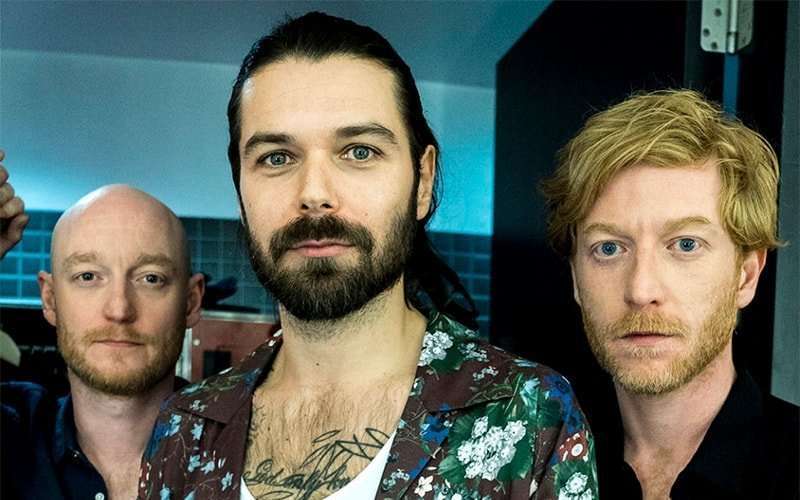 Biffy Clyro have addressed a question about the possibility of the band playing Glastonbury 2020.

The Scottish three-piece – who are made up of Simon Neiland brothers Ben and James Johnston – were asked by Radio X’s Gordon Smart whether they will be appearing on the “Glastonbury stage” this year, to which frontman Simon Neil smiled: “That would be telling!”

He added: “We’ll be doing a couple of shows this summer. We’re not sure exactly what yet, Gordon. It’s kinda early days, but we’re just getting our summer lined up.

“We’re going to be touring later in the year for certain and we’re just getting a few bits and bobs for the summer, so we can’t say too much”.

See the rocker’s respond in the video below.

Apart from a soundtrack they wrote for 2019 film Balance, ‘Not Symmetry’ – ‘Instant History’ – which was released yesterday (February 20) – is Biffy’s first new music since their 2016 number one album ‘Ellipsis’. Their eighth album, yet unnamed, will follow later this year.

Biffy have previously talked about the possibility of headlining Glastonbury, joking that they’re “waiting for that call” to headline the Worthy Farm-held Festival.

Speaking to BANG Showbiz at London’s Roundhouse last October, James said: “My phone is not on silent, we’re ready for the call should it come… obviously Glastonbury is an institution that you can’t say too much about, we’ve had many great appearances here over the years… and you know, we’re waiting for that call… were ready, we’re ready…”

However, last year Simon Neil wasn’t thrilled with Fleetwood Mac after reports that the pop-rock titans turned down the Festival due to insufficient funds.

Speaking to the Daily Star newspaper’s Wired column, the frontman, said: “Look at Fleetwood Mac. There’s not enough money for them, those cheeky bastards!

“It is such a shame, isn’t it? It’s not in the spirit of Glastonbury, it’s not about the money.

“If the Rolling Stones can do it, Kanye did it, U2, and you’re telling me Fleetwood Mac can’t? Fuck it, no way.”

This all comes after Neil had already previously said back in 2018 that the band is ready to headline Glastonbury Festival.

Biffy Clyro last played Glastonbury in 2017 ahead of Ed Sheeran’s Pyramid Stage headline set. They also played the Festival in 2011, 2008 and 2007 prior to that.

Lana Del Rey was the 4th big-name act to be officially confirmed for playing Glastonbury later this summer and joins Taylor Swift who was the second headliner and third artist to be announced for the 2020 edition of the Festival – after Paul McCartney, and Diana Ross who was officially confirmed earlier last year as Glastonbury’s 50-anniversary ‘Legends’ slot performer.