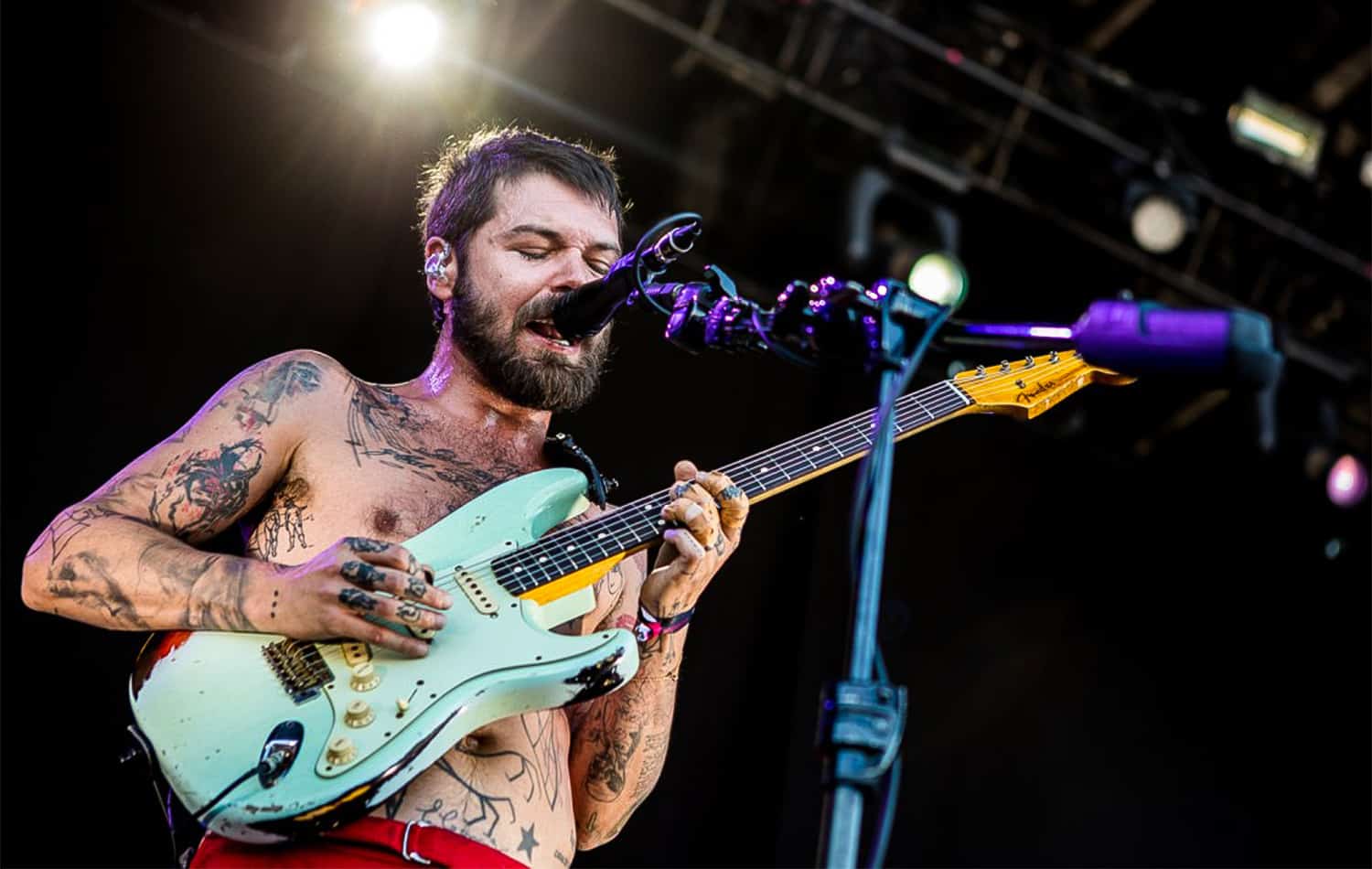 The Scottish rock band last took to the Pyramid Stage at Worthy Farm’s legendary festival in 2017, ahead of Ed Sheeran, which was the Sunday headliner at last year’s Glastonbury Festival.

Speaking to BANG Showbiz at the Q Awards which took place yesterday (Wednesday, October 17) at The Roundhouse in London, Neil said: “We’re ready for it, we love Glastonbury, we’d love to do it. I think the next six months to a year we’re going to be working on our new album, so I don’t think the timing will be right for next year. But it’s got to happen.”

Biffy Clyro has started working on a number of songs for their next studio LP, the follow-up to 2016’s ‘Ellipsis’.

Speaking of the sound of their new material, Neil suggested that it will head in a much heavier direction following their recent ‘MTV: Unplugged’ album.

“Our next album will be a reaction to the acoustic album, it’s going to be like a tight fist,” said Neil. “We went on tour for the unplugged record we made, I’ve played a lot of acoustic guitar the past year so I’m ready to plug in and make a racket.”

Simon was presented with the Fender Play Award at this year’s Q Awards 2018 in association with Absolute Radio.

Meanwhile, Emily Eavis recently told BBC Radio 2’s Jo Whiley about the plans for the Glastonbury 2019 line-up and that they were going well, revealing that the Legend’s slot will be a “non-British female” and that Paul McCartney is ‘top of their list’ to headline.

Other artists rumoured to appear include Kylie Minogue, The Cure and Kendrick Lamar – to name a few.

Michael Eavis said that the 2019 headliners will be “two or three [acts] that have never played”.

Biffy Clyro are “waiting for that call” to headline Glastonbury Festival