The chances of ABBA playing Glastonbury aren’t looking too good…

ABBA‘s Björn Ulvaeus has weighed in on whether the Swedish band will ever play Glastonbury Festival.

Speaking to Nicki Chapman – who sat in for Zoe Ball on BBC Radio 2’s ‘The Zoe Ball Breakfast Show’ on Friday (October 4) – Ulvaeus was asked about the chances of the band ever playing Glastonbury Festival, to which he replied: “Oh, no. It’s a straight, straight no.”

The 74-year-old ‘Super Trouper’ hitmaker explained that while the band have been working on new music together, it would be too much of a “hassle” to get everyone back together for rehearsals ahead of an event such as Glastonbury.

“We recorded some new songs and you’ll probably hear them next year, at least one of them, but that’s quite a different thing from going through the hassle of rehearsing and – just one show, it would be the same as doing a whole year of tours,” he added. “It would take 10 years out of our life.”

Listen to the full interview on BBC Sounds – they start talking about Glastonbury at the 2:20:19 time mark.

In April, ABBA announced it would release new music for the first time in 35 years.

A specific release date has yet to be confirmed, but the band will experience a revival of sorts during a hologram tour populated by digital avatars of its four members – Ulvaeus,  Agnetha Fältskog, Benny Andersson, and Anni-Frid Lyngstad.

The Swedish superstars – who shot to fame after winning ‘The Eurovision Song Contest’ in 1974 – will, however, be giving fans the opportunity to see their biggest hits and new songs performed on their upcoming digital tour by computer-generated ‘Abbatars’.

The ‘Dancing Queen’ group went their separate ways in 1982 at the height of their career, and during their final years Bjorn, 74, divorced bandmate Agnetha, 69, whilst Benny, 72, and Frida, 73, split up, too. 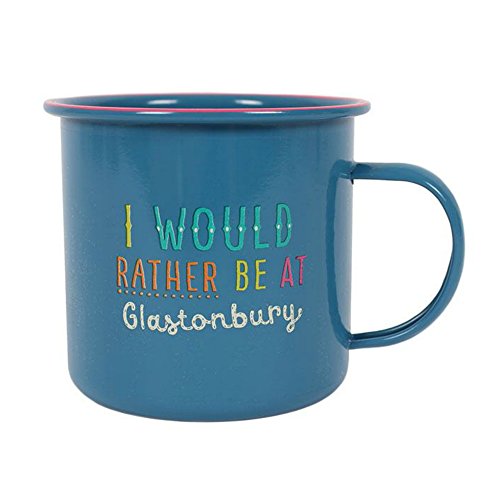 'I Would Rather Be At Glastonbury' Mug
£6.95
View on Amazon

Looking ahead to 2020 – Glastonbury founder, Michael Eavis, has already confirmed Wolf Alice will be on the Glastonbury 2020 bill, and Supergrass are rumoured to make an appearance after reforming to play this year’s Pilton Party.

General admission tickets are set to go on sale at 9am BST on Sunday, 6th October – which will subsequently see the release of the final batch of ticket-only passes.

Registration closed at 5pm on Monday, September 30, which means that currently there is no opportunity to submit or re-submit a registration until after the October ticket sales.