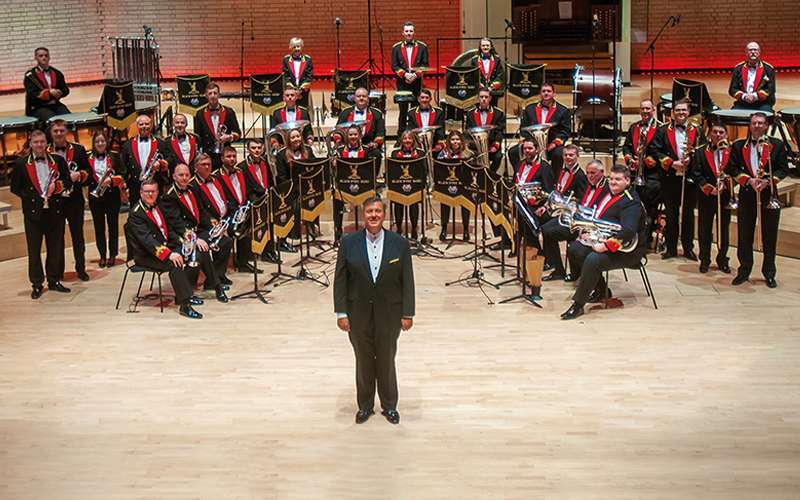 Black Dyke Band have confirmed themselves for playing Glastonbury 2022.

In a statement posted to their official Facebook page earlier this week (January 4), the Queensbury band confirm they will be “joining Diana Ross and a fantastic line-up to open the Legends Day shows”.

This comes after the Band have already been booked to appear at the Glastonbury Abbey ‘Extravaganza’ alongside pop star Paloma Faith on Saturday 6th August.

Black Dyke last took to the Pyramid Stage on the Sunday-open when they played Glastonbury back in 2017.

Speaking about the news, Black Dyke Director of Music, Professor Nicholas Childs said: “When Michael Eavis asked us back to perform on the Pyramid Stage at the Glastonbury Festivals for the 50th-anniversary event last year, who would have guessed at the impact of the subsequent pandemic and lockdowns? However, when Michael asked us again for 2022, we were delighted to accept.”

Professor Childs went on: “We are always innovative in our concert planning and aim to reach new audiences, and especially those who wouldn’t have been exposed to a world-class brass band! Joining Diana Ross and a fantastic line-up to open the Legends Day shows the regard that Michael has for our musical versatility and ability to entertain.” (see full statement below). 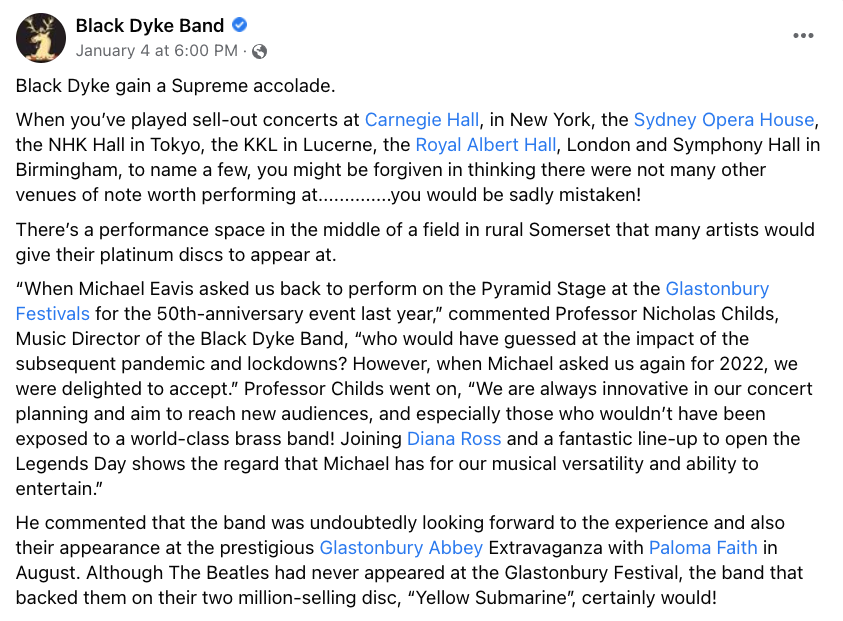