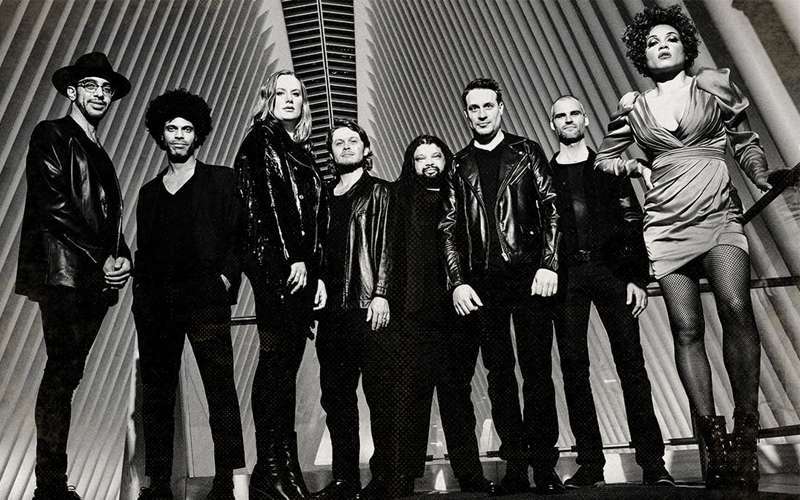 Brass Against have seemingly let it slip that they will be playing Glastonbury 2022.

Announcing the remainder of their Spring/Summer 2022 European Tour dates earlier today (November 5) via a poster that was posted on the band’s social media channels – one eagle-eyed fan spotted an additional gig date at ‘Glastonbury’ that was not included in the poster announcement.

Posting his findings on Twitter, fan Matt Glossop said: “When you realise the Leeds Brass Against gig is now on the night you travel to Glasto… then spot the Saturday [June 25] gig!”

After realising the revelation, and in an attempt to put the cat bag in the bag – later in the day, the Brass Against website had appeared to have gone through an update to omit the previously spotted* ‘Glastonbury’ (June 25) tour date. See the series of tweets describing the chain of events below.

Stoked to announce the remainder of our Spring/Summer 2022 European Tour dates!

@TheGlastoThingy When you realise the Leeds @BrassAgainst gig is now on the night you travel to Glasto 😩😩😩…..then spot the Saturday gig!!!!! https://t.co/aTILUsT59F pic.twitter.com/Z6UVSUZEQi

It looks as if the #BrassAgainst website has now been updated to omit the previously spotted* ‘#Glastonbury‘ (June 25) tour date, which was adroitly spotted earlier today by @Jinja_Owl…

*See screenshots below for the before vs after 👇 pic.twitter.com/AJ2urnbEW8

Meanwhile, Billie Eilish is the first headliner to be officially confirmed for playing Glastonbury 2022 and will be taking to the Pyramid Stage on the Friday night, which will subsequently make her the Festival’s youngest ever solo headliner.