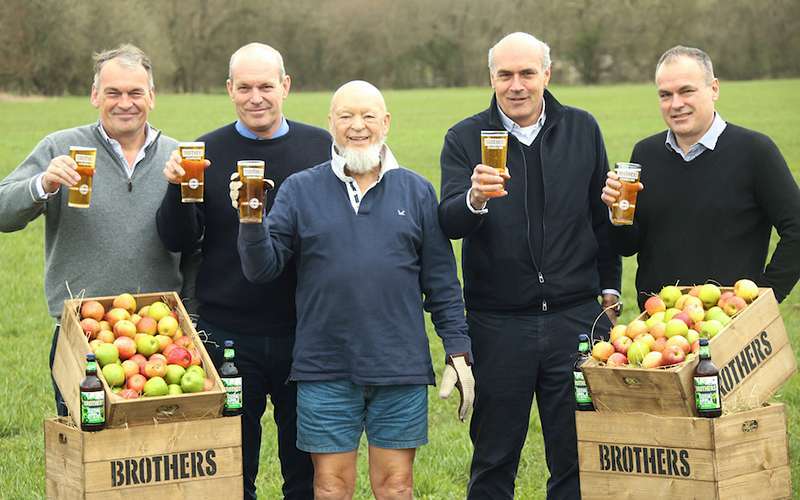 Brothers Cider have now been confirmed as The Official Cider for Glastonbury 2022.

Announcing the news via their official Twitter account this afternoon (31 March), the Somerset cider company said: “We are extremely excited and proud to announce that Brothers are the Official Cider of Glastonbury Festival 2022,”.

To celebrate the news, Brothers Cider will be releasing Brothers Festival Apple Cider as the main act to be served at over 100 bars during the 5-day event, which will be available in selected stores around the country and served alongside other familiar Brothers favourites – including Wild Fruit and Toffee Apple. With no artificial flavours or ingredients, Brothers is gluten-free and vegan accredited.

“Brothers” was born in a field in Somerset and with Worthy Farm being a mere 3 miles away from their Cider Mill – local cider doesn’t get more local than that.

Michael Eavis, founder of Glastonbury Festival, said: “Local provenance and heritage is important to us, so we love having a Somerset cider producer at the festival to showcase some of the best this county has to offer.

“Brothers Cider is produced less than three miles from the festival site and we have proudly welcomed them every year for the last 27 years.

“This continuous partnership is testament to our deep-rooted connection, and we can’t wait for everyone to taste the real Somerset cider again!” 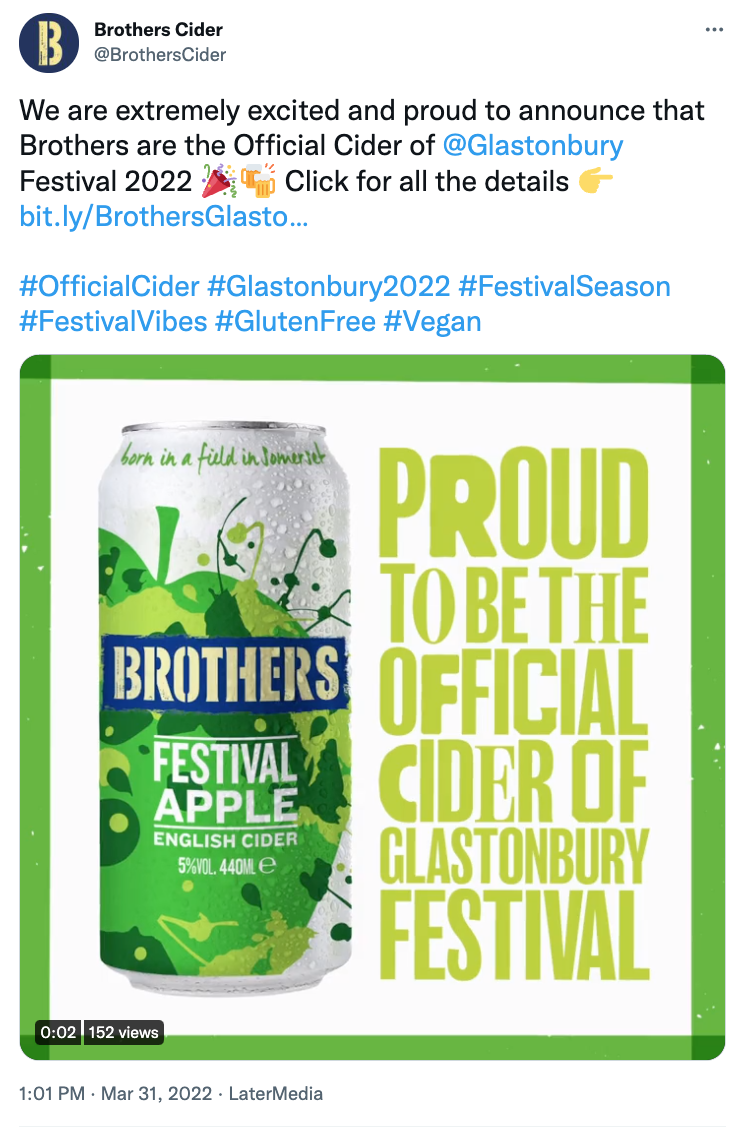 The Showering brothers are part of a cider-making dynasty that has been producing and distributing cider in Somerset for more than 15 generations.

Matthew Showering, managing director of Showerings Cider Mill, said: “We are honoured to be returning to Glastonbury Festival this year.

“Having introduced Brothers Cider to Glastonbury back in 1995, the festival holds a special place in our hearts. This partnership is sentimental for our brand and our heritage as a local Somerset producer.

“Festivals are part of our DNA and this festival season is set to be one of celebration and people coming together again so putting our brand at the heart of these moments will not only allow us to provide a great experience to festival-goers but drive affinity with the Brothers brand.

“We can’t wait to welcome festival-goers back and bring them a season full of fun and flavour.”

Back in 2019, Glastonbury had introduced a new brand from the Showering’s Cider Mill in Somerset known as Mallets. It was offered at bars throughout Worthy Farm at that year’s Festival and replaced the long-standing Thatchers Cider as the Official Cider for Glastonbury – which up until that point had been one of the most prominent ciders on the Farm, ever since 2014.

Alongside the 10 pairs of Glastonbury Festival tickets available, there are also over 1000 branded Brothers Cider festival prizes up for grabs, including 500 t-shirts, 500 festival hats, 50 sleeping bag onesies and 30 2-man tents.

Diana Ross will likewise be performing on the Pyramid Stage for the Sunday Teatime Legends Slot, while Lamar will be headlining the same stage later in the day.