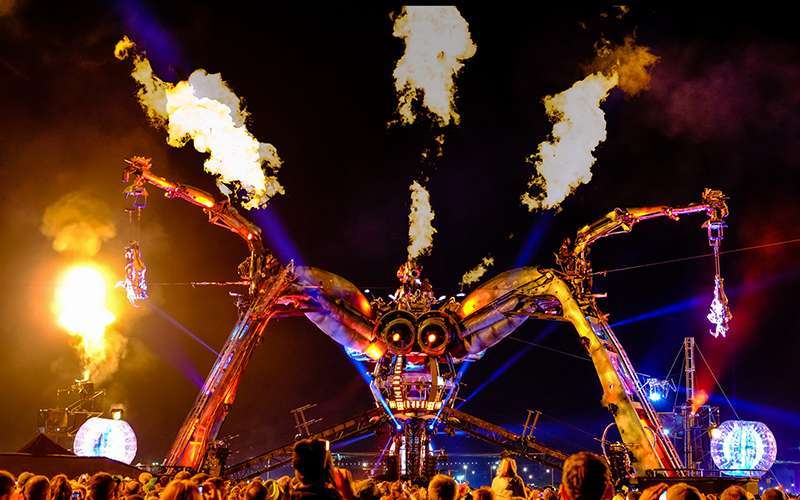 UPDATE SECTION:
Since the publishing of this article, we have been contacted by someone from the Arcadia team asking to remove the original poster as it contains some incorrect information.

Arcadia‘s line-up poster for Glastonbury 2022 appears to have been leaked.

Sharing the poster via Facebook this afternoon (26 April), was non-other than legendary DJ and producer Carl Cox.

In a reply to a question posed to him by a fan, asking whether he will be playing Glastonbury – Cox replied with a poster image depicting what appears to be the partial line-up for this year’s Arcadia area at the Festival which included his name on it, while adding: “on Saturday, I will be playing on the Glade stage. Mobile Disco set, like the last time I was there and it was a great day,” (see Cox’s original Facebook comment below).

Along with Cox who is down as performing a Jungle B2B set with Chase & Status, the now-deleted poster also featured names such as Amelie Lens, Calvin Harris, DJ EZ, Four Tet, Ishmael Ensemble, Jon Hopkins, Kurupt FM, Nia Archives, Nina Kraviz and Tasha + “very special guests” which have yet to be announced.

With no official word from Glastonbury Festival on the matter, one other thing that stood out and added to the confusion while looking at the leaked poster was the image of Arcadia’s iconic fire-breathing Spider – which was replaced by Pangea for the 2019 Festival – and is speculated to be making its return to Worthy Farm for this June. 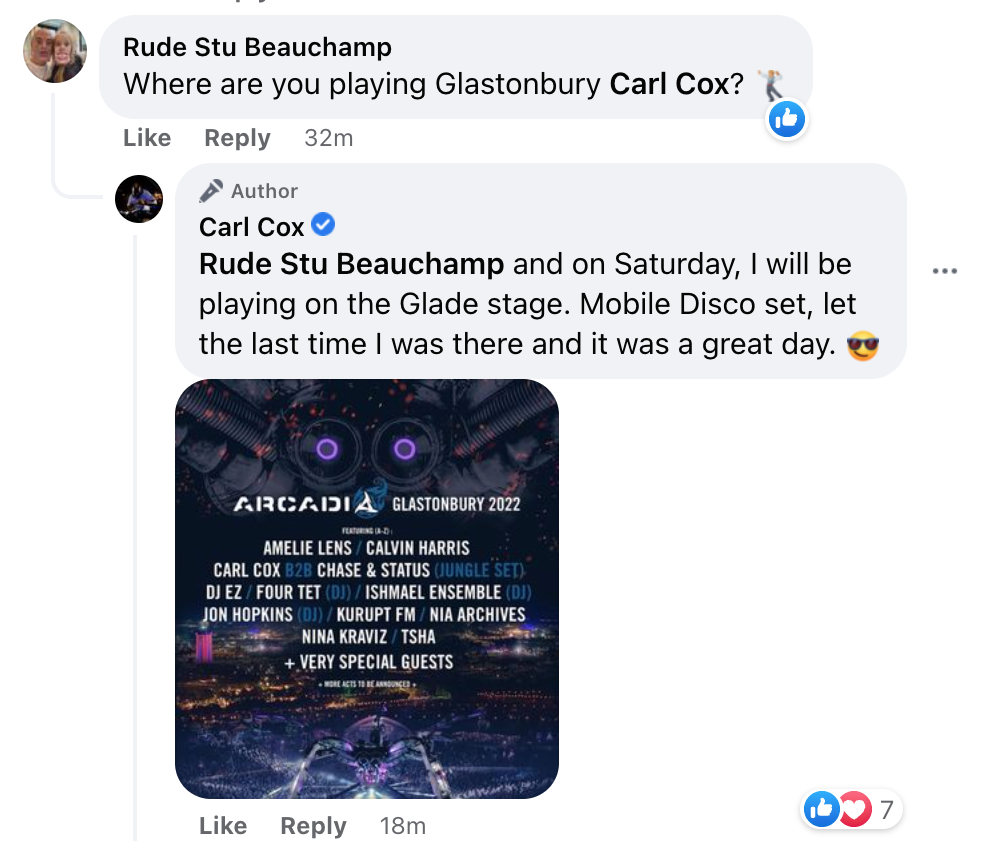 Pangea’s plan to keep the 20-meter crane base at the festival site year-round until 2023 was rejected by Mendip District Council and speculation has it that the cost of completely taking it down and rebuilding it each Festival-year is just too high and way out of the Arcadia team’s budget.

The crane base – a steel structure, 20.4-meter tall, which was part of the approximately 50-meter crane in total – is currently still bolted down to form a permanent fixture on the ground, while covering an area of 36 square metres located on the Worth Farm grounds (see image below).

Meanwhile, as it stands, Field of Avalon, Silver Hayes and Glasto Latino are the only areas to have revealed their line-up posters ahead of this year’s event, following Glastonbury’s first major line-up announcement poster revelation which dropped earlier this year.

This year’s Glastonbury announcements are far from over with lots more performers and attractions waiting in the pipeline to be revealed before the full line-up + times will finally drop around June time – as recently confirmed by Glastonbury organiser Emily Eavis.

How to go to Glastonbury Festival (almost) for FREE