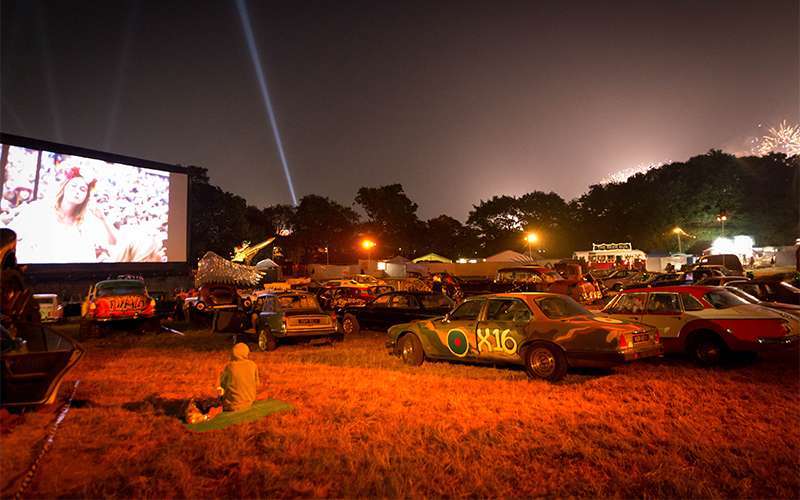 The Festival’s post-apocalyptic drive-in auditorium featuring seventy mutated vintage cars, is back for 2022 with an eclectic programme of films, all-star introductions and special guest DJs

Cineramageddon has revealed its film roster for Glastonbury 2022.

Announcing the news via social media this afternoon (Wednesday, 25th of May) at 12:02PM, Glastonbury officials said: “Cineramageddon, the Festival’s post-apocalyptic drive-in auditorium featuring seventy mutated vintage cars, is back for 2022 with an eclectic programme of films, all-star introductions and special guest DJs,”

The retro drive-in cinema will feature an eclectic programme of films (seen in the poster below) curated by director Julien Temple.

The ‘Sculpture Park’ is open every day with the revamped Black Lamp hub presenting film screenings, DJ sets and guest Q&As, with a new bar and food area. 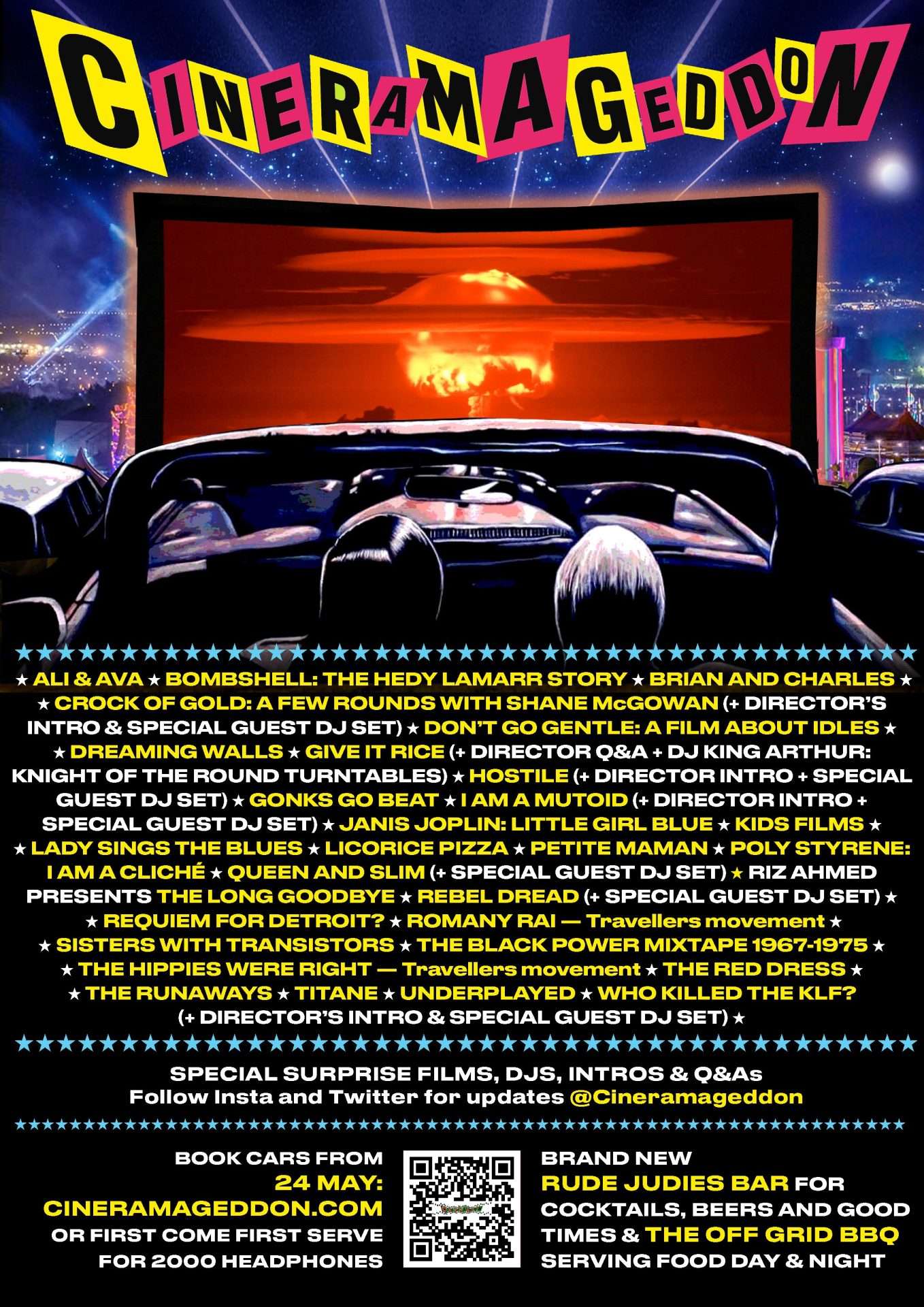 Listed below are the films set to be screened at this year’s Cineramageddon:

Advance booking of the cars is advised if you want the full experience, that said, you can still be part of the thrilling cinematic journey by arriving early to secure one of the 2,000 headphones available for each screening.

To reserve a car for one of the films at this year’s Cineramageddon, you must already have a ticket to the Festival and will need to pay a deposit of £20 per car per screening.

The deposit will be refunded directly back to you when you attend the booked screening with your reservation number received in your confirmation email.

For the full info and booking page, click here.

Cineramageddon first made its debut at the 2017 edition of the Festival – Curated by director Julien Temple, the drive-in cinema boasts state of the art projection, the biggest cinema screen in Britain and an auditorium courtesy of artist Joe Rush featuring over sixty mutated vintage American and British cars, repurposed funfair rides and a Lear jet.

2017 also saw Hollywood star Johnny Depp make an appearance at Glastonbury to introduce his 2004 film The Libertine, while 2019 featured a DJ set from Fatboy Slim after the World Premiere of Ibiza – The Silent Movie (seen in the short video clip below).

With Cineramageddon being the sixteenth and most recent area to announce its individual line-up poster (on the 25th of May) for this year’s Festival, we are now expecting at least two more areas still to come – in the form of Block 9 and Pilton Palais.

West Holts revealed its lineup poster just yesterday, on the 24th of May – while Unfairground unveiled theirs on the 20th of May, just one day after The Park area which came on the 19th of May.