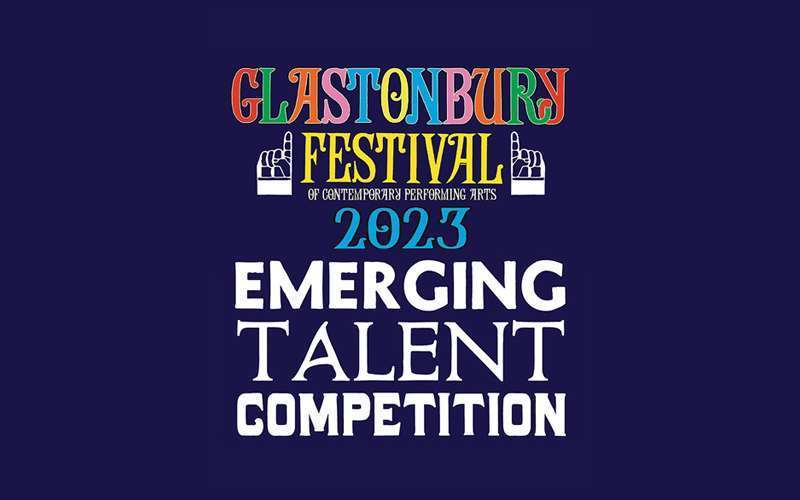 If you’ve ever fancied playing Glastonbury this is your chance!

Glastonbury Festival has announced the return of its Emerging Talent Competition for 2023.

The competition – which is once again supported by PRS for Music and the PRS Foundation – gives new UK and Ireland-based acts of any musical genre the chance to compete for a slot on one of the main stages at this year’s Festival.

Acts from any musical genre can enter the 2023 competition FOR ONE WEEK ONLY on Glastonbury’s official website from 9am Monday 30th January until 5pm Monday 6th February 2023.

For more information on the 2023 ETC and submission form, click here.

Once the entries are in, a panel of 30 of the UK’s best music writers will help compile a longlist of 90 acts. The longlist will then be narrowed down to a shortlist of eight artists by judges including Glastonbury organisers Michael and Emily Eavis, before the live finals in Pilton decide the winning act.

Glastonbury co-organiser Emily Eavis said: “Showcasing new music is a hugely important part of what we do at Glastonbury, and the Emerging Talent Competition has helped us to discover so many incredible artists over the years. It’s amazing to be able to offer this platform to some of the brightest talent out there, and I can’t wait to hear this year’s entries!”Michelle Escoffery, President of the PRS Members’ Council, said: “We are excited to be collaborating once again with Glastonbury Festival and PRS Foundation. I encourage artists and bands of any genre to submit an original song to the Emerging Talent Competition for a chance to perform at the Festival. This is a huge opportunity for music creators to reach new audiences and boost their music career to the next level.”

Joe Frankland, CEO, PRS Foundation said: “Each year the Glastonbury Emerging Talent Competition unearths a huge array of exciting up and coming artists and is a fantastic career opportunity for the winners to perform at the legendary Glastonbury Festival as well as receive our vital funding support to develop their talents. It has been great to see the impact and the progress for competition finalists through the years, with many signing recording deals, touring nationally and international or securing syncs. We’re delighted to be continuing to partner with Glastonbury Festival and PRS for Music on this brilliant opportunity and looking forward to see which talented artists apply this year.”

The winner of the 2022 competition was the wonderful young Scottish singer-songwriter Lewis McLaughlin, who has since seen his star continue to rise with a series of acclaimed TV, radio and live performances.

“​​The Emerging Talent Competition @glastonbury has been so huge for so many different artists, the main thing is the slot at Glastonbury but we sit down with them afterwards and help them plan the next steps of their career… @Joe_Frankland #Glastonbury2022 💷 pic.twitter.com/HG8I79RVxT

Recent Emerging Talent Competition finalists from previous years include 2020 lockdown winner R.A.E who finally got her prize-winning slot at Glastonbury 2022; 2019 winner Marie White, who later signed with Decca Records and Universal Publishing; rapper Flohio who won the prestigious Music Moves Europe Talent Award in 2020; R&B singer Izzy Bizu (a 2016 BRITs Critics’ Choice nominee and winner of the 2016 BBC Music Introducing Award); and singer-songwriter Declan McKenna, who won ETC 2015 and subsequently signed with Columbia and has released two successful albums. The 2017 ETC winner was singer Josh Barry, who has since toured with Rag’n’Bone Man and Gorgon City. Meanwhile, 2016 winners She Drew The Gun have received considerable acclaim for their politically-inspired psych-pop.

Along with this year’s Emerging Talent Competition, the Poetry&Words Stage at Glastonbury is currently also accepting applications for performance opportunities at this year’s Festival.

In other Glasto news, with both the main ticket sales, as well as the local & Sunday ticket sale now behind us, the next option to bag tickets to Glastonbury 2023 will be when the resale of any unpaid and/or cancelled tickets takes place in the Spring of 2023 (around April time).