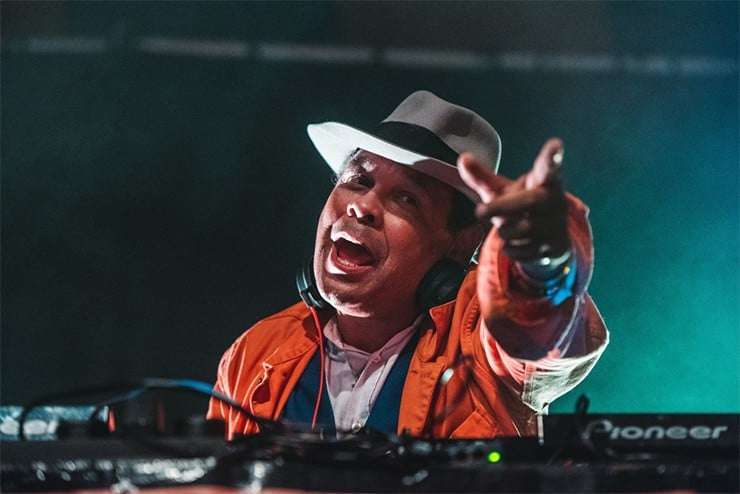 The legendary funk and soul DJ will be heading down to Worthy Farm in 2022, as always…

Regular Glastonbury-staple Craig Charles has confirmed that he will be playing an epic set Glastonbury’s Shangri-La this summer.

Confirming the news earlier today (January 12), in response to a text from a fan on his BBC Radio 6 Music show – which said sh’s looking forward to seeing him play Glastonbury this year – Charles replied: “Of course, I’ll be there! Fridays… lunchtime… epic set… Shangri-La… We’ll be there, we always are.”

Charles, who has a show on BBC Radio 6 is a Worthy Farm regular and always draws a massive crowd as can be seen in the images below – taken from his performance at Shangri-La’s Truth Stage at Glastonbury 2017.

This was me! I’m the listener who texted in

Hi Janine! Ah, that’s brilliant! Thanks for writing in! Always nice to have an early confirmation from a Glatonubry stable like Craig Charles! x