Once again bringing great live music to the Green Fields

With only 40 days to go until Glastonbury gates open for the first time in three years, the individual area line-up announcements are coming in fast and strong.

The eleventh area to have its line-up poster officially announced is Croissant Neuf – with Glastonubry officials revealing the bill this morning (Friday, 13th May) – with at least another six areas still to come.

This revelation follows an unofficial leak which had previously revealed the poster line-up earlier in the month.

In the message shared via its social channels, Glastonbury Festival said: “We’re pleased to reveal the 2022 line-up for the solar-powered Croissant Neuf stage, once again bringing great live music to the Green Fields!” 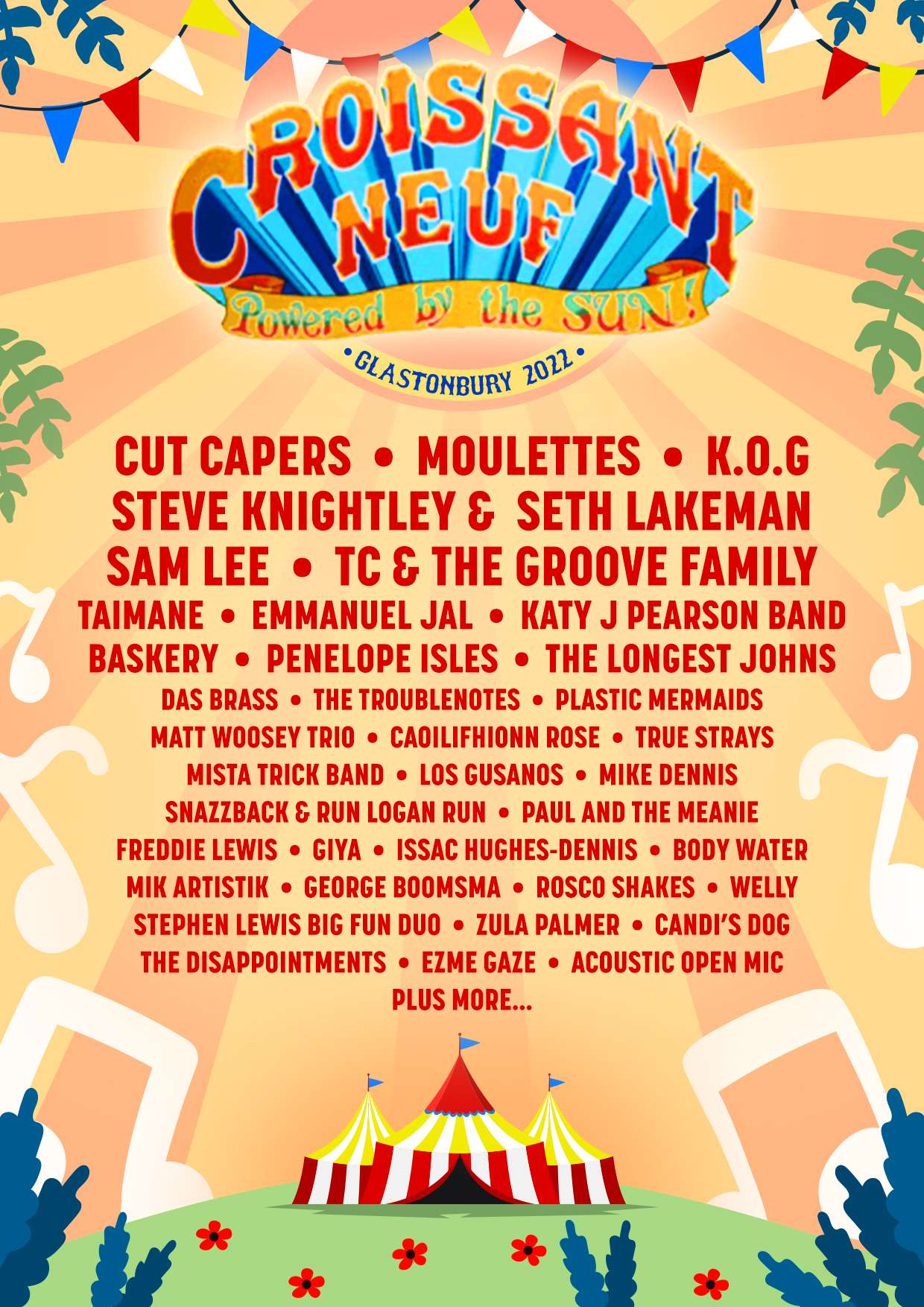 The Neuf’s announcement comes just one day after Acoustic Stage and The Glade announced their line-up posters earlier in the week, on the 11th and the 12th of May, respectively.

Late-night areas The Common and Shangri-La likewise, also released their line-up posters earlier in the month – on the 4th and the 6th of May, respectively.