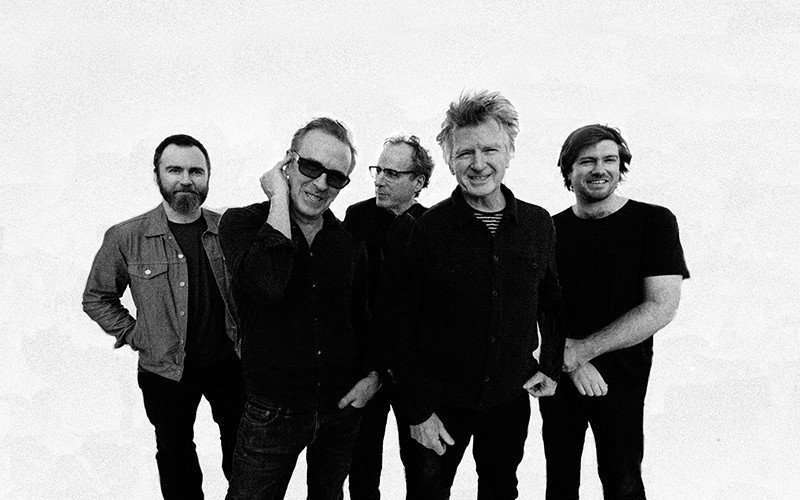 Crowded House‘s Neil Finn has self-confirmed the band will be returning to Worthy Farm in 2022.

Appearing on Channel 4’s Sunday Brunch earlier today (June 6), Finn revealed that the band was set for a performance at the now cancelled Glastonbury 2021 as part of the band’s 2021 tour while confirming that it has now all been moved into 2022 – saying: “We’ve had a tour booked for the last two summers, which is actually sold out and is now intact and coming next June [2022], we’ve transferred everything, including a Glastonbury appearance and some Roundhouse shows in London […] so yeah, we are coming, as soon as we possibly can, it’s taken 2 years once we get there…”

This would be the second time that the Australian band has “let it slip” that they are Worthy Farm bound, with the first being in 2020 when the rockers’ artist management event tour page website appeared to show them as being scheduled for playing “Glastonbury, Pilton, UK” on “Saturday, June 27, 2020”.

You can watch the full interview with Neil Finn (available for the next 30 days) from around the 00:21:14 timestamp – Glastonbury is mentioned approx 00:27:45 in here.

2022 will see Glastonbury Festival return to Worthy Farm for the first time since 2019, and with the cancellation of both the 2020 and 2021 events due to the coronavirus crisis, one could speculate that a lot of the acts which had been booked for 2020 will roll over to 2022

Although yet to be officially confirmed, it is more than likely that the ex Supremes singer will be playing the Sunday Teatime Legends Slot at next year’s Glastonbury Festival in 2022 – as she was the first major act confirmed for what would have been Glastonbury’s 50th anniversary back in 2020, which was sadly cancelled due to the coronavirus outbreak.

The first line-up taster for Glastonbury 2022 will probably not be unveiled by the Festival’s officials until the end of March/beginning of April, with the full line-up usually being unveiled towards the end of May.

Win a DJ slot at this year’s Glastonbury Festival

You can view our constantly updated list of all the latest line-up rumours here.