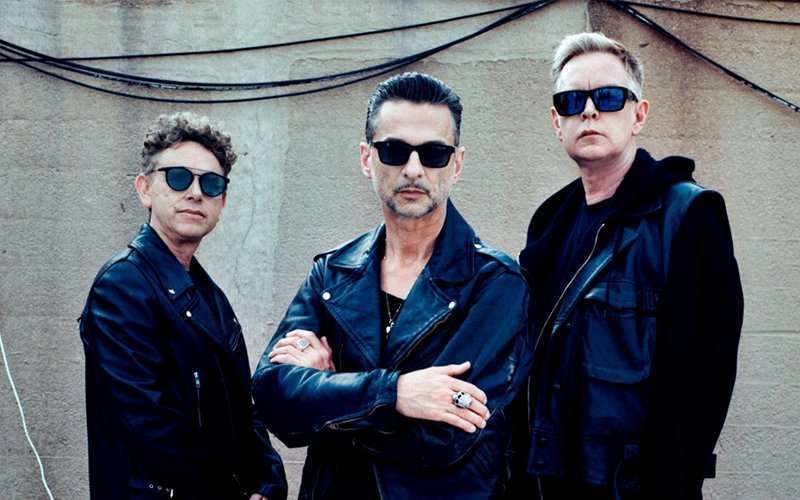 “No they won’t be doing Glasto”

The likelihood of the recent rumour regarding Depeche Mode being one of the possible headliners for Glastonbury 2022 (after they were mentioned on BBC 6 Music) appear to be pretty slim.

Rumours of a possible Glastonbury appearance started spreading online after Radio presenter Chris Hawkins asked Matt Everett on-air earlier today (October 12), what he thought the chances are of the Basildon band taking to the Pyramid Stage on the Saturday night of the Festival – To which Everett replied: “I’m not saying anything.” (Listen below).

💬 GLASTO RUMOURS: @chris_hawkins on @BBC6Music earlier today (October 12): “And uhmmm… by the way, Depeche Mode for Saturday night at #Glastonbury…?”, to which @matteveritt replied: “I’m not saying anything”…

*Could be something, could be nothing… 🤔🤷🏼 https://t.co/kJEusR9pGy

It was at the point, not long after the rumour started spreading its wings, in came a Tweet from Philip Gahan – brother of Dave from the Depeche Mode – which debunked the roaring rumour, by saying: “No they won’t be doing Glasto” (see Tweet below).

No they won’t be doing glasto

Please note that this does not mean Depeche Mode will or will not play Glastonbury 2022, and as always, we will have to wait for the official statement from the Festival on the matter, if and when it comes.

Depeche Mode are one of the few bands which have yet to headlined Glastonbury – The group apparently claimed that they were offered a spot at the 2009 edition of the Festival but had to turn it down due to the line-up at the time (which included Bruce Springsteen and Neil Young). Keyboardist Andrew Fletcher told The Daily Star: “Glasto would be fun but the line-up didn’t quite work for us… Getting the right bill is important.”

Most recently Billie Eilish had been confirmed as the first headliner for Glastonbury 2022 and will be taking to the Pyramid Stage on the Friday night, which will make her the Festival’s youngest ever solo headliner.