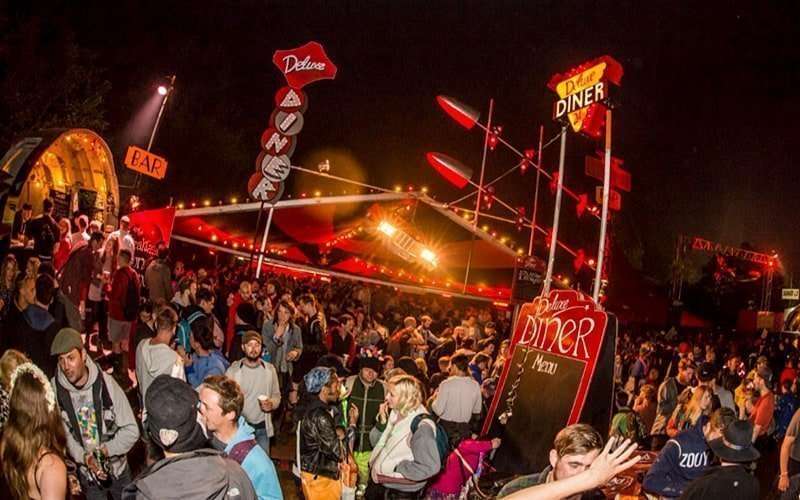 Fancy a proper restaurant meal in the Deluxe Diner at Glastonbury 2020 – including their legendary Sunday lunch?

The South East Corner venue announced on Facebook this evening (February 11) that it will be opening bookings for its Restaurant Menu – midday Saturday, February 15, 2020 – via its official website.

Ever since its first incarnation as the Silver Service Restaurant as part of Lost Vaguenes, the Deluxe Diner has delighted their diners with fantastic food, great cocktails and wines and a special atmosphere that you can only get when you are at Glastonbury Festival pushing the boat out – What’s more, you will get a real plate, knife, fork and glass. Not to mention tables and chairs and great service.

The Deluxe Diner and Rocket Lounge are located in their own little field between the main Shangri-La Field and The Unfairground in the South East Corner of the site.

Head Chef Andy Evans – winner of the Observer’s Best Sunday Lunch Award – will once again be cooking the finest food onsite, and this year diners will be able to choose from; the Full Restauarnt Menu on Wednesday, Thursday, Friday and Saturday and then, of course, the legendary Sunday lunches. See the full menu below.

Meanwhile, Arcadia has recently been reported to be working on 4 new performance pieces which are set to debut at the Festival later this year – while Glastonbury’s late-night areas Shangri-La and Block9 confirmed the return of the Gas Tower and IICON for Glastonbury 2020.

Taylor Swift was the second headliner to be announced for the 2020 edition of the Festival – after Paul McCartney, and joins Diana Ross who was officially confirmed earlier last year as Glastonbury’s 50-anniversary ‘Legends’ slot performer – while Mike Skinner, Carl Cox, Fun Lovin’ Criminals and most recently Crowded House are the latest big-scale artists to self-confirm for the Festival’s 2020 bill thus far.