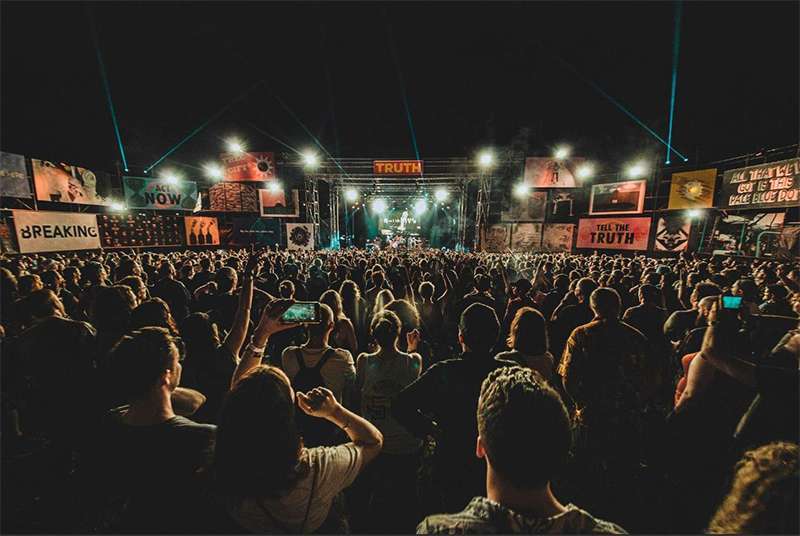 Earache has announced its full line-up for the ‘Earache Takeover’ at this summer’s Glastonbury Festival.

Following on from their previous successful Shangri-La collaborations, including The Earache Express in 2017 and The Scum Stage in 2019, Earache Records is bringing a run of unmissable takeover slots to Shangri-La’s Truth Stage for 2022.

The full line-up poster including set times can be found below. 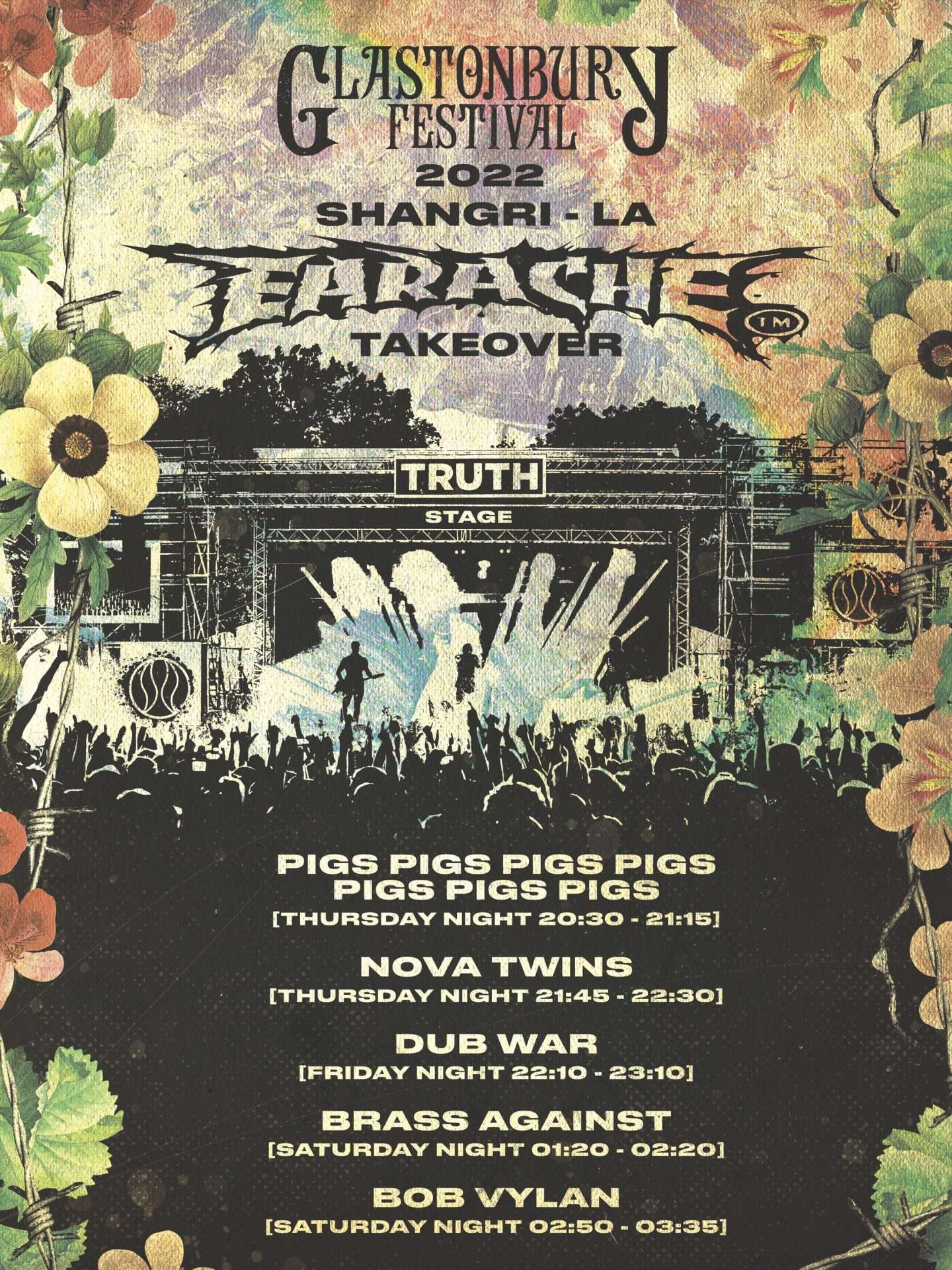 Chris Tofu MBE, Shangri-La’s music director, said: “Earache are a complete fit to the ethos and worldview of Shangri-La’s, always experimenting and always pushing against injustice in the mainstream. We LOVE these guys and what they have brought to us!”

Tom Hadfield, Earache Records’ Head of Live, says of the takeover: “We’ve all waited a long time for this to come around & couldn’t be more buzzing to get back in the field. We love the spirit of Shangri La and their punk rock attitude, it’s a perfect match with Earache’s DIY/Punk roots and we’ve tried to book bands with a similar mindset.”

The takeover will be spread over Shangri-La’s Thursday, Friday and Saturday night sets on the Truth Stage, located in the South-East corner of Glastonbury.

Earache proudly broke the mould at Glastonbury 2017 by presenting The Earache Express – a tube carriage (or two) built into a metal structure to host… well, metal. On proud display in Shangri-La, the festival’s first real foray into heavy music included hosting original noiseniks Napalm Death, allowing scantily clad lunatics HO99O9 to run amok and unleashing Glastonbury’s most punk moment in years in the form of a fiery set by Dead Kennedys. Watch the video from the BBC of that year below.