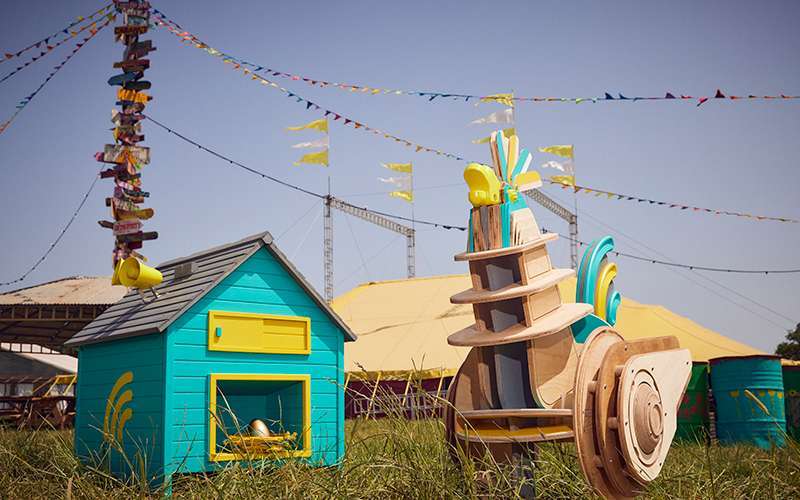 “Carrying ever higher traffic as more customers adopt the technology”

As of this moment in time (Monday, 27th June), EE – Glastonbury‘s technology partner for the seventh year running – has carried more than 165TB of 4G/5G data so far and expects another 5 – 10TB to follow further, as people head out home.

Just for comparison’s sake, that’s roughly a 60% increase on the 2019 edition of the Festival.

Adding: “A huge thank you to all of our team who worked so hard to install the seven temporary masts – and maintain our two permanent EE sites – that covered Worthy Farm. You helped keep the equivalent of a city the size of Newcastle (200k people) connected.”

Earlier this year, EE released the official Glastonbury 2022 app, making it available to download on both iPhone and Android.

The free application was designed to give music fans the chance to stay connected with the latest live Festival updates, navigate their way around the over 900-acre site and create their own personalised line-ups.

Originally due to be released on Monday, the 6th of June, the app finally went live on Android on the 7th of June – and after a slight lunch delay, saw the iPhone version be released one day later, on the 8th of June.

After its initial release, the app saw a number of updates which included the much-loved A-Z search function – which at first, was missing from the first iteration of the 2022 app.

New for 2022 – a Wifi-enabled robotic rooster (shown above) was placed on the Festival site by EE, to remind revellers when headline acts are about to start playing on the Pyramid Stage.

The rooster, which doubled as a free Wifi hotspot for festival-goers, gave passers-by audio reminders by playing famous songs from the headliners 30 minutes before the artists were due to begin their sets – and thus giving people the chance to make their way to the stage.

The rooster was accompanied by a golden egg (shown below) which, if photographed and posted on Instagram and Twitter with the hashtag #EEWifiRooster and EE tagged, saw users entered into a contest to win prizes including side-of-stage tickets for a performance on the Pyramid Stage.