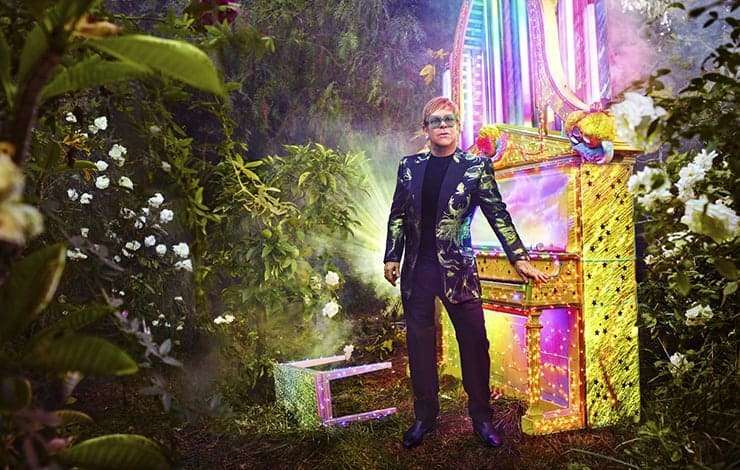 After a 50-year career, the 70-year-old Hall of Fame musician will say goodbye following three-year farewell tour – Could Elton John headline Glastonbury on its 50th anniversary?

Yesterday (January 24), at a press conference held at New York City’s Gotham Hall, Elton John announced that he will be retiring from the road after a lengthy, three-year ‘Farewell Yellow Brick Road’ tour in order to spend more time with his family.

All that being said, with ticket sale day for Glastonbury Festival 2019 set to take place this year, Sir Elton John’s announcement has been the latest rumour to spin the Glasto Rumour Mill‘s wheels with growing speculation of the ‘Rocket Man’ star finally taking to the iconic Pyramid Stage.

Back in 2015, Elton John revealed that he has never been asked to play Glastonbury festival. Asked on BBC Radio 4’s Today programme if he would play at Glastonbury, he said: “I’ve never been asked… so I can’t answer that question until they ask me.”

The Glastonbury Festival BBC webcam is back