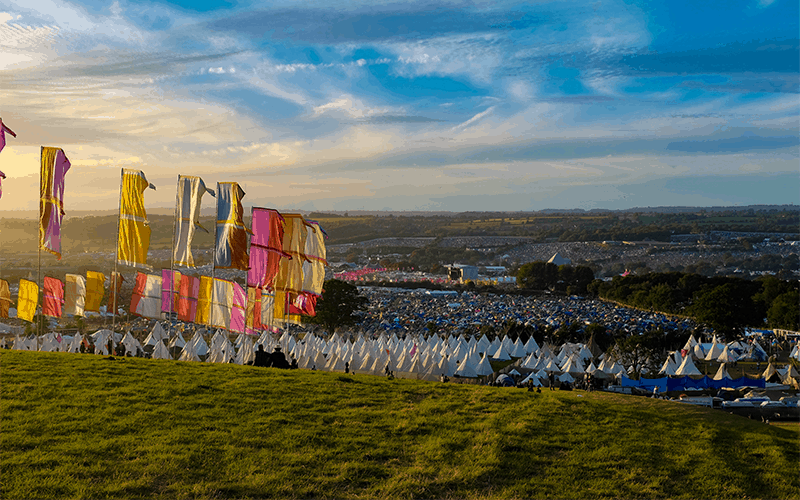 “Battery-powered stages are the way forward”

Glastonbury organiser Emily Eavis is putting the greening up of the Festival at the forefront of this year’s planning.

Last year saw the Worthy Farm-held event enact a ban on single-use plastic bottles – which was a major success, and now the Festival is doubling down on recycling points across the 900-acre site.

Glastonbury will also be trialling reusable cups for hot drinks and more water points across the site to cater for some 200,000 attendees (including staff), across the five-day event.

In an interview with the Evening Standard, Eavis said: “Having tackled plastic, our next problem is diesel.” – Acknowledging that they do use a lot of diesel in the generators and have to tackle that – while adding that “battery-powered stages are the way forward”.

Glastonbury Festival donates heftily to Greenpeace, Oxfam and WaterAid and is known for being committed to reducing greenhouse emissions and using clean energy sources whenever possible.

Some of the Festival’s work to lower the carbon footprint includes encouraging Glasto-goers to arrive by bus, while providing combined Festival and coach ticket packages which go on sale before standard entry tickets – while also running regular free shuttle buses to and from Castle Cary railway station throughout the Festival.

Most recently, in late 2018, Worthy Farm began the installation of a new anaerobic digester, with the intention that from 2019 the 124-kilowatt digestion plant will help to power the Pyramid Stage production offices and some backstage areas during Glastonbury Festival, as well as provide power for Worthy Farm and the Festival offices to use all year round – with the surplus power being fed back into the National Grid.

Meanwhile, Shangri-La has confirmed that The Gas Tower – a cutting edge 360-degree digital arts arena – built from plastic litter collected from beaches, parks and streets across the South-West, thanks to a ground-breaking collaboration between Keep Britain Tidy, Orca Sound Project and Glastonbury’s Shangri-La at last year’s event, will also be back for Glastonbury 2020.

Lana Del Rey was the 4th big-name act to be officially confirmed for playing Glastonbury later this summer and joins Taylor Swift who was the second headliner and third artist to be announced for the 2020 edition of the Festival – after Paul McCartney, and Diana Ross who was officially confirmed earlier last year as Glastonbury’s 50-anniversary ‘Legends’ slot performer.