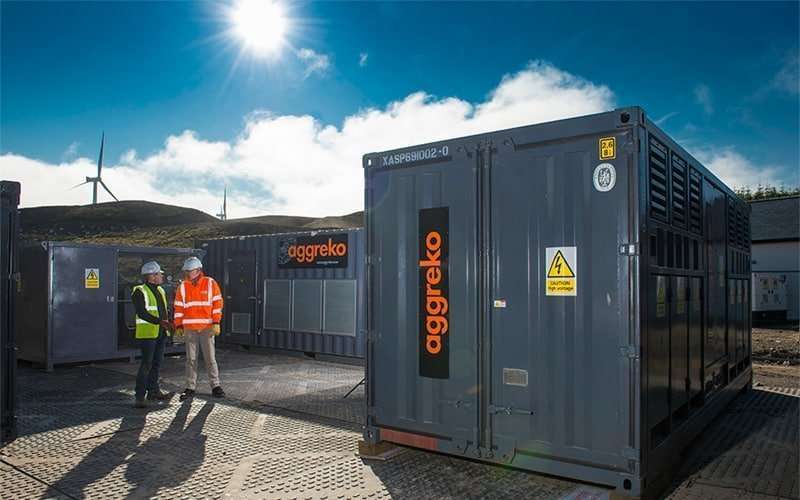 Temporary power supplier Aggreko has offered up to 1,300 generators pro-bono to support the set up of the COVID-19 testing sites across the UK after bookings for events such as Glastonbury Festival were cancelled.

The Glasgow-headquartered firm said many of the planned testing sites are set in locations such as car parks where it will not be easy to connect to mains electricity – adding that its fleet of small generators can be remotely monitored without the need for an engineer to be present, which will be advantageous given social distancing issues.

Chris Rason, Managing Director at Aggreko Northern Europe, said: “Aggreko is ready to help the COVID-19 relief effort in any way that we can and we are already supporting the healthcare, pharmaceutical and food and beverage industries.

”The need for more COVID-19 testing sites across the country is clear, and our generators can be deployed very rapidly to ensure consistent and stable power to temporary venues.

“If we can be of service, we are ready and willing to help. As many of these units had been earmarked for outdoor events, such as Glastonbury, that have largely been cancelled or postponed, we are offering them pro-bono. All that’s needed is fuel and freight costs to start providing power.”

Aggreko has been the exclusive power supplier for the Festival since 2007 and 2019 saw several locations at the Festival powered by hybrid thermal-solar generators, combined with battery storage systems and their proprietary energy management software. By doing so, ensuring maximum efficiency and minimise the carbon impact while saving over 200 metric tonnes of CO2 across the course of the Festival, compared to the use of traditional diesel generators.

Uniquely, the Festival’s Green Fields HQ run entirely on solar power for the duration of the Festival, which when combined with the battery storage systems, provided a reliable power source during the hours of the event’s operation.

The firm rents portable power generators and air conditioning units to concerts, festivals and sports games around the world and was due to supply events including golf’s British Masters and Scottish Open as well as the Glastonbury Festival’s 50th anniversary – in addition to having a contract to power the 2020 Tokyo Olympics and Paralympics, though this will now be pushed back as the games are postponed to 2021.

It follows news of Emily Eavis donating cotton tote bags to hospitals in need, while also giving away thousands of litres of hand sanitiser, gloves and face masks meant for Glastonbury 2020 to frontline emergency services – including Avon and Somerset Police and NHS staff.