Glastonbury Festival has revealed today (May 25th, 2017) the line-up for this summer’s West Holts stage, featuring performances from Dizzee Rascal kicking off on the Friday, The Jacksons on the Sunday, and Justice closing the stage on Glastonbury’s final night.

Check out the full Glastonbury 2017 West Holts line-up below! 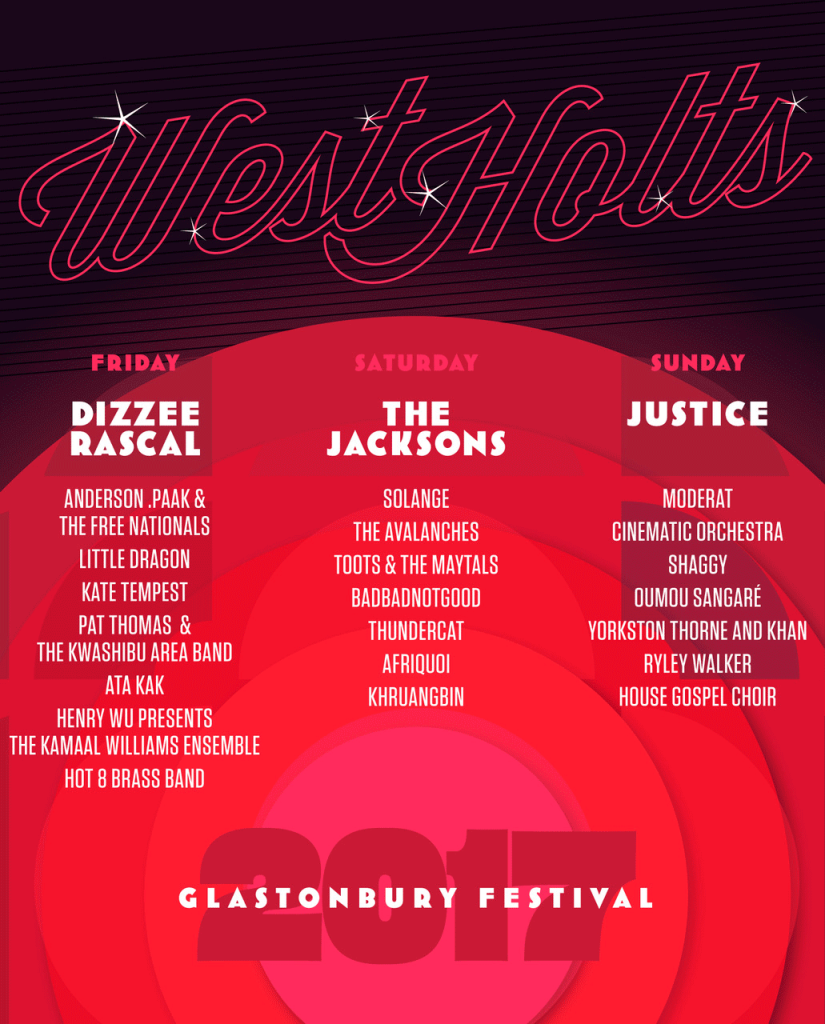