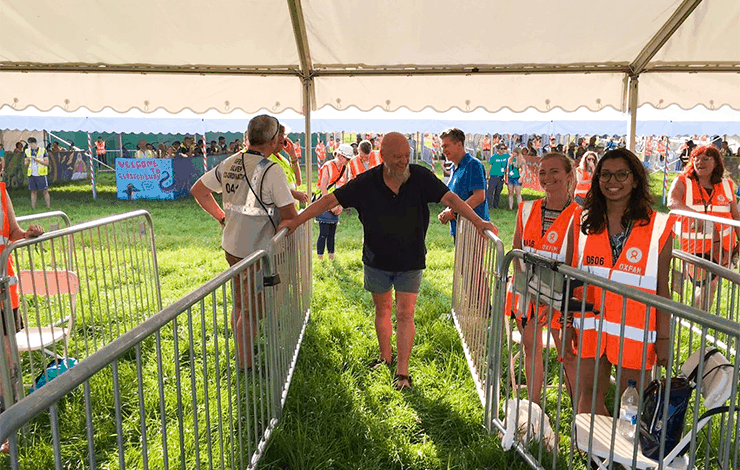 The gates to Glastonbury Festival 2019 are now officially open!

Those who were lucky enough to get in first, had a surprise waiting for them on the other side. Michael Eavis himself welcomed them onto his farm, along with his daughter and festival organiser Emily, her husband Nick Dewey and grandkids.

Many Glasto-goers began their journey to the site in Pilton on Tuesday, with some choosing to sleep in their cars overnight to be among the first inside.

Thousands of other festival-goers are still queueing and are due to be greeted by cloudy but dry weather this morning (June 26), with sunshine and temperatures of up to 23 degrees from mid-afternoon, for what is predicted to be one of the hottest Glastonbury’s to date.

Stood up and waiting to get into gate C…. pic.twitter.com/wc3KxYFrTf