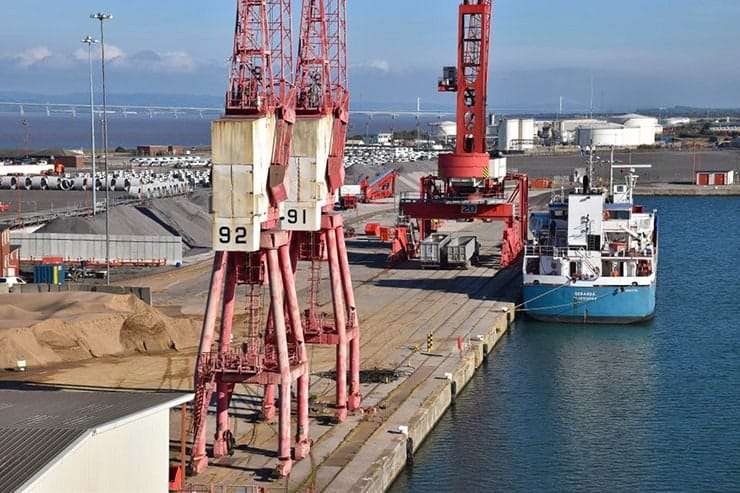 Following last year’s reports that Arcadia‘s iconic fire-breathing spider will not be returning for Glastonbury 2019 – speculation as to what is set to take its place continue to evolve by the day.

In a recent interview, founder of Glastonbury Festival, Michael Eavis, has apparently confirmed that the new Arcadia is set to be constructed from a decommissioned crane from Avonmouth Docks.

According to Terry Anderson, who was attending the interview event, Eavis said that he bought a very expensive 100-year-old crane which was transported from Avonmouth Docks to Worthy Farm – “which is the amazing new Arcadia area”.

As pointed out by Glasto champion, The Thingy – comparing Helen Hobden‘s photos of the site in addition to ones that were captured from the BBC’s Glastonbury webcam, of the new Arcadia in the process of being built, to photos of cranes from Avonmouth Docks, reveals a striking similarity between the two. See below.

Back in February Arcadia creators promised an “evolving show in the skies” to replace the popular structure.

A spokesman for Arcadia said at the time: “Same field – new world! We are currently wrestling giant bits of machinery.

“A vast new project is taking shape at Glastonbury that will lay the foundations for a new site-specific landscape and an evolving show in the sky over the next five years.”

Meanwhile, Pilton Palais was the twelfth major area / stage to be announced for Glastonbury 2019, following the Croissant Neuf, Left Field, Acoustic Stage, West Holts, The Glade, Shangri-La, Theatre & Circus, The Kidzfield, The Common, Silver Hayes and Field of Avalon‘s announcements over the past weeks.