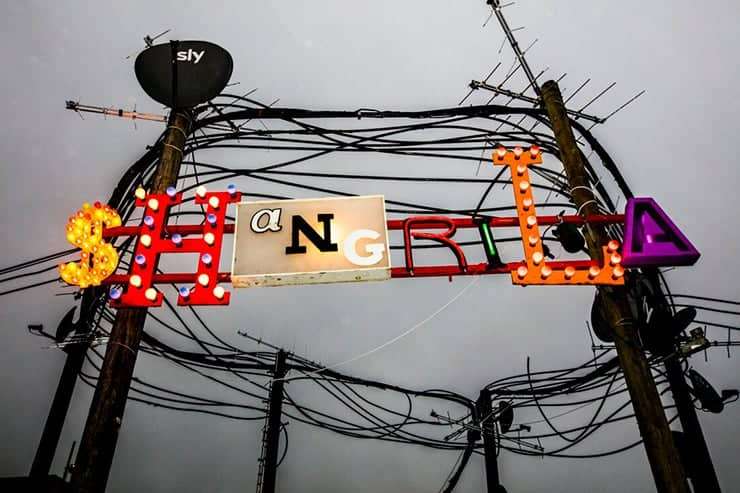 Shangri-La’s Gas Tower to be built from recycled waste found on beaches, streets and in parks

Keep Britain Tidy have announced that thanks to a ground-breaking collaboration between themselves, Orca Sound Project and Glastonbury’s Shangri-La – this year’s ‘Gas Tower’ dance arena be built from plastic litter collected from beaches, parks and streets across the South-West.

This comes in the wake of Glastonbury already announcing that the sale of plastic bottles is banned at this year’s Festival.

The ambitious project will require 10 tonnes of plastic (the equivalent of about one million plastic bottles) to be collected from beaches, parks and streets of Cornwall, Devon and Somerset – Volunteer #LitterHeroes, are being currently recruited and on Saturday, 11 May the first beach cleans will commence.

The plastic collected will then be processed by Exeter City council before being recycled into materials to build Shangri-La’s 360-degree dance arena known as the Gas Tower.

Kaye Dunnings, Creative Director of Shangri-La said: “Team Shangri-La is thrilled to be a part of this important, pioneering project.

“Through our collaboration with Orca Sound and Keep Britain Tidy we are able to continue our explorations into finding sustainable solutions for our work in the festival and creative industries. A total game-changer!”

Keep Britain Tidy chief executive Allison Ogden-Newton said: “This ground-breaking project will see tonnes of plastic removed from our environment – where it has such devastating consequences on our wildlife and marine life – and put to good use.

“By working together, we are showing the world that the plastic we no longer want or need can be recycled and turned into something that is both exciting and useful.”

For more information and details on how you can get involved, visit Keep Britain Tidy.