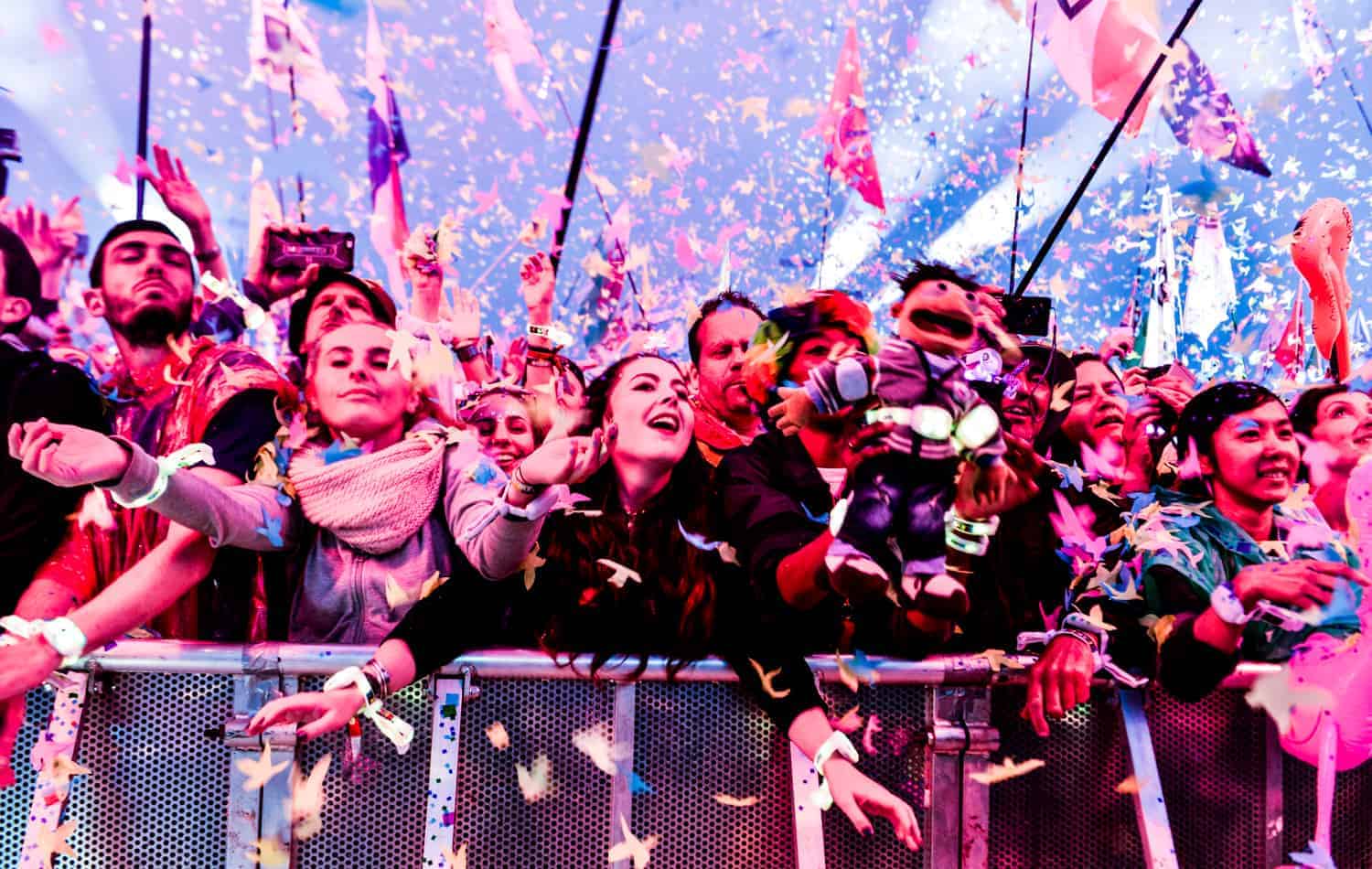 Standard tickets for Glastonbury 2019 were released this morning (Sunday, October 7th) at 9am and were all gone before 10am.

The festival organisers posted the tweet below, breaking the news at 9.36am.

Tickets for Glastonbury 2019 have now Sold Out. Thank you to everyone who bought one, and sorry to those of you who missed out. There will be a ticket resale in April.

Tickets for 2019 @GlastoFest are now SOLD OUT.

Festival organiser Emily Eavis, daughter of founder Michael Eavis, also tweeted: “Tickets have now all sold out! We are blown away by the huge demand, looks like record numbers tried.
Thank you for your patience and incredible support and for those of you who missed out, there will be a ticket resale in April.”

Tickets have now all sold out! We are blown away by the huge demand, looks like record numbers tried.
Thank you for your patience and incredible support and for those of you who missed out, there will be a ticket resale in April.

“We are truly humbled by the enormous number of people from around the world who hoped to come to next year’s Festival, with demand significantly outstripping supply.

We’re sorry to all of those who missed out – as always, we wish we could squeeze everybody in – but there will be a resale of any returned tickets in the spring, and registration will open again on 1st November.” the festival said in a statement.

A smaller batch of around 22,000 tickets which include coach packages were released last week, on Thursday (October 4th), are also all gone, selling out within just 29 minutes.

While fast sell-out times are nothing new for the legendary Worthy Farm festival – 2015’s Glastonbury Festival still holds the record for the fastest sale ever of over 100,000 general admission tickets – all selling out in just 29 minutes, with coach + ticket packages selling that year in a mere matter of 15 minutes!

Say what you will but the massive amount of people who must have been anxiously sitting informant of their computer, tablet, and smartphone screens this morning, smashing that “refresh” key over and over again, is overwhelmingly impressive.

The sheer number of people attempting to buy tickets led to inevitable difficulties with page loads and queue times:

Trying for the first time ever to get Glastonbury tickets and learning why I have never done this in the past pic.twitter.com/nqms30fGwe

With ticketing website See Tickets advising would-be Glasto-goers to “stick to one tab/screen so we can serve you more quickly.”

If you are trying for @GlastoFest tickets this morning, please stick to one tab/screen, so we can serve you more quickly.

After the 19-minute mark, at 9:19am Emily Eavis tweeted that half of the tickets had been sold:

We are half way through and processing as fast as we can. Please don’t use multiple tabs

Over half the tickets for @GlastoFest have now been sold, remaining tickets going fast at https://t.co/DpHJfncY58

Not everyone is happy at the end of the sale, with many frustrated would-be Glasto-goers taking to Twitter to complain that the ticketing website had either crashed, or simply failed to load.

The last 36 minutes felt like this. Without a decent sound track. #Glastonbury #Glastonbury2019 #Glasto pic.twitter.com/NfcEDaNMHI

Me waving good by to Glastonbury next year pic.twitter.com/0iWsxopKTp

On the opposite side of the spectrum, there were those who managed to navigate through the rush and grab the golden ticket snitch just to shortly after expressed jubilation on social media.

The Glastonbury ticket price for 2019 is £248 + a £5 booking fee per ticket, though children aged 12 and under get into Worthy Farm for free.

The final chance for fans to get tickets is at the resale for cancelled tickets in April.

If you can’t bear the thought of not being at the greatest party on earth next year, and are absolutely desperate to make it for Glastonbury 2019, you’re best chance of getting tickets now is in the re-sale, which will take place in April next year.

Anyone who bought a ticket today will have paid a deposit of £50, and will be required to pay the rest of the ticket price by April of next year (from 9am Monday 1st April – 23:59 Sunday 7th April 2019).

Those who change their minds about going (for whatever unthinkable reason that might be), or find themselves unable to attend, will have the opportunity to advise Glastonbury and get some of their £50 refunded – minus a £20 administration fee (If the ticket was booked with a Coach Package, then an additional £20 will be retained).

The festival organisers will then go ahead and put forward these cancelled tickets for resales which usually takes place in April.

Only people who registered to buy tickets will be eligible for these resale tickets, which will have to be paid for in full (£248 + a £5 booking fee)

Ticket registration is due to reopen on 1st November 2018.

gutted. i got to the Proceed to pay button on thursday and today and it just doesnt go