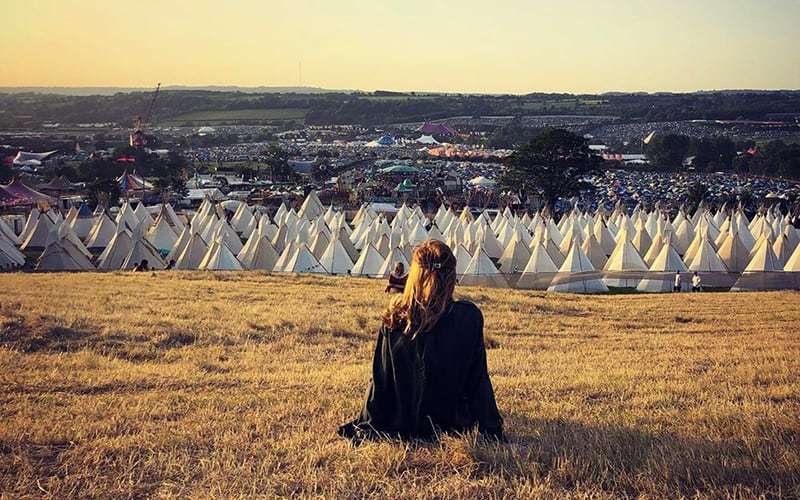 It’s official: Glastonbury’s 50th-anniversary celebrations will not take place this year – while ticket-holders will be guaranteed a place for next year’s event

Glastonbury 2020 has been cancelled due to coronavirus (COVID-19), Festival officials announced earlier today.

The legendary Festival was set to be held at Worthy Farm in Pilton, Somerset – from Wednesday, June 24 through Sunday, June 28 – after the line-up poster and first wave of artists was released last week (Thursday, March 12) which included Diana Ross, Paul McCartney, Taylor Swift, Lana Del, Kendrick Lamar and many more.

In a statement made this morning (March 18), Glastonbury organisers said “We are so sorry to announce this, but we are going to have to cancel Glastonbury 2020. Tickets for this year will roll over to next year. Full statement below and on our website. Michael & Emily”

We are so sorry to announce this, but we are going to have to cancel Glastonbury 2020. Tickets for this year will roll over to next year. Full statement below and on our website. Michael & Emily pic.twitter.com/ox8kcQ0HoB

Glastonbury confirmed that those who managed to secure a ticket for 2020 will have the chance to roll their £50 deposit over to next year and guarantee the opportunity to buy a ticket for Glastonbury 2021.

Alternatively, those who would prefer a refund of that £50 will be able to contact See Tickets in the coming days in order to secure that. This option will remain available until September this year. For those who are happy to roll their deposit over, that will happen automatically.

Further information – including details on rolling over coach packages, official accommodation bookings and local Sunday tickets – will be added to their website in the coming days. In the meantime, you can read the full statement here.

Rumours that Glastonbury had been called off due to coronavirus started circulating the web yesterday evening (March 17), as Euronews correspondent Jack Parrock said on Twitter: “I’m hearing that workers at Glastonbury are being issued refunds for their ticket deposits. An early warning sign that the festival could be cancelled.” – while adding that the information was “double sourced”.

Later that day, speculation of a coming-cancellation were further fulled by a Twitter user sharing of what appeared to be a screenshot in an Instagram story, supposedly posted by one of Michael’s grandchildren, depicting the Pyramid Stage with a caption: “So sad not to be going this year; It’s for the best”.

In his first daily briefing on COVEID-19 (Monday, March 16), Boris Johnson explained how the government was “emphatically moving away from” mass gatherings – however, he did not say they have been officially banned by the UK government outright.

This followed news of cancellations and postponed events from other arts and entertainment festivals due to coronavirus fears – most notably Coachella and SXSW in the US – as scores of major sporting and cultural events have already been cancelled across the UK in response to the pandemic.

On Friday (March 13), the WHO (World Health Organization) stressed the need for a range of measures to tackle the virus, which at the was thought to have infected up to 10,000 people in the UK, most of them unknowingly because they are not showing any symptoms.

Thousands of people across the globe have been diagnosed with coronavirus (COVID-19). As the outbreak continues, organisers of large public gatherings (such as music festivals and concerts) are being forced to assess whether or not to hold their scheduled events as planned.