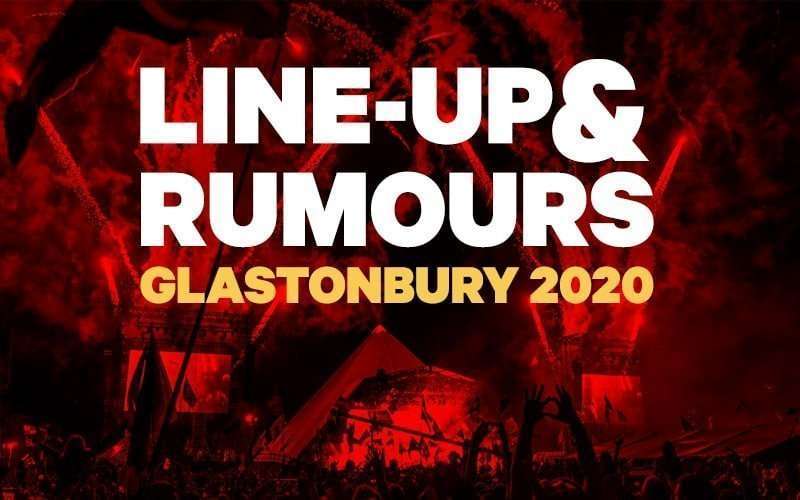 A constantly updated list of artists confirmed, rumoured and ruled out for Glastonbury 2020 so far…

As with every Glastonbury-year, the speculation about who might play the legendary Festival is always very high, and with 2020 being the 50th-anniversary celebrations of the Worthy Farm-held event – the Glasto rumour-mill has already been kicked into gear for quite some time now.

The first line-up taster for Glastonbury 2020 will probably not be unveiled by the Festival’s officials until the end of March/beginning of April, with the full line-up usually being unveiled towards the end of May.

That being said, there are many artists which ‘self-confirm’ prior to the official announcements, by divulging the news during interviews, via social media or website listings.

Below you’ll find a compiled list* of all the acts officially confirmed for Glastonbury 2020 thus far, alongside self-confirmed or rumoured artists who are still in the frame to headline or make the line-up at this year’s Festival, in addition to acts ‘ruled out’ from playing due to whatever the circumstance may be – Sourced mainly but not limited to Glastonbury’s official website and various forums including eFestivals, in addition to Twitter posts, comments, interviews, clashing tour dates and exclusives announcements.

Feel free to bookmark this page to your favourites, as we will be constantly updating it over the coming weeks and months to reflect changes on the ground throughout the buildup to Glastonbury’s 50th-anniversary this summer.

SELF-CONFIRMED
(by the artist)

RUMOURS
(Categorised by likelihood of playing)

The 1975 are the most over rated band ever. They’re so boring …. I would love it if Supergrass played. They are 90s legends.

Supergrass were amazing at the pilton party! They will play in sure!

Gary Numan is playing at Beautiful Days in August!